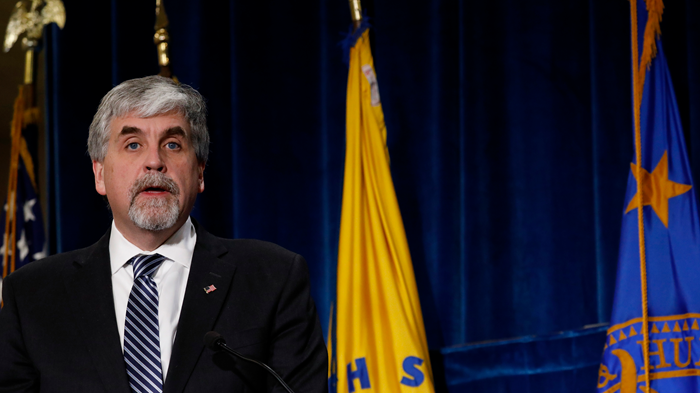 Update (May 2): A year after establishing a new division to safeguard health care workers’ freedom of religion and freedom of conscience, the Trump Administration has formalized protections for those who decline to participate in certain medical treatments like abortion, sterilization, or assisted suicide due to their faith or moral convictions.

The Department of Health and Human Services (HHS) proposed the new rule last January (see below) and issued a final version in a 440-page document on Thursday. The policy is meant to provide stronger protections and more guidance around enforcing conscience protections passed by Congress, according to HHS.

“This rule ensures that healthcare entities and professionals won’t be bullied out of the health care field because they decline to participate in actions that violate their conscience, including the taking of human life,” said Roger Severino, director of the HHS Office of Civil Rights and former legal council with the religious liberty group Becket Fund. “Protecting conscience and religious freedom not only fosters greater diversity in healthcare, it’s the law.”

This updated policy represents a major religious freedom victory, particularly for pro-life evangelicals who fear being forced to violate their conscience on the issue of abortion.

The Trump administration announced a new division of the Department of Health and Human Services (HHS) dedicated to hearing complaints from those who face discrimination for refusal to accommodate services that violate their beliefs.

“President Trump promised the American people that his administration would vigorously uphold the rights of conscience and religious freedom,” said acting HHS secretary Eric Hargan. “That promise is being kept today. The Founding Fathers knew that a nation that respects conscience rights is more diverse and more free, and OCR’s new division will help make that vision a reality.”

Evangelicals fighting for religious liberty have tried to resist efforts to confine expressions of faith to within church walls, and have pushed for greater protections for their beliefs in the workplace and public life—particularly when it comes to increasingly unpopular ones around LGBT and life issues.

“There is a long tradition of providing this protection—especially in the abortion context—and that tradition was, until very recently, a bipartisan one,” according to Richard W. Garnett, professor at Notre Dame Law School.

“To me, there should be nothing particularly surprising or troubling about an administration—this one or any other—deciding that the civil rights [office] should allocate resources to make those protections meaningful.”

OCR is already tasked with enforcing several nondiscrimination and conscience protection statutes, including the Church, Coats-Snowe, and Weldon amendments. But the new division indicates that such cases will take greater priority under Trump.

“Unlike the administration’s useless gestures around the Johnson Amendment, these regulations signal meaningful enforcement of existing protections for religious liberty,” said John Inazu, a law professor at Washington University and a First Amendment expert.

“But it’s important to remember that this emphasis is merely executive branch policy that can—and in all likelihood, will—be narrowed or reversed by a subsequent administration.”

Already, the conscience division has drawn criticism from civil groups concerned that the protections will be used as a license to discriminate, particularly against gay or transgender patients, as well as from abortion rights groups.

Everett Piper—the president of Oklahoma Wesleyan University, which sued the federal government over the ACA birth control mandate—and Montse Alvarado—executive director of Becket, a leading religious liberty law firm which represented the Little Sisters of the Poor in their contraceptive fight—spoke at the HHS announcement and applauded the new office, as did Jewish and Muslim representatives.

“I just want to say how good it is to be here thanking [HHS and OCR] rather than suing them,” Piper quipped.

“I am thankful that HHS recognizes how imperiled conscience rights have been in recent years in this arena, and is actively working and leading to turn the tide in the other direction,” he said in a statement. “Health care professionals should be freed up to care for the bodies and minds of their patients, not tied up by having their own consciences bound.”

In recent years, Christian pharmacists have fought in court for their right to decline to dispense emergency contraception. A 2015 case in Washington ruled against pharmacists who refused to carry the drugs; however, state law allows that “an individual pharmacist with religious objections may refuse to fill the prescription if another pharmacist working for the pharmacy does so.”

Prior to the new division, the Trump administration had appointed multiple pro-life advocates to positions of leadership within HHS, including former Americans United for Life president Charmaine Yoest and former National Right to Life lobbyist Teresa Manning, who reportedly stepped down last week.