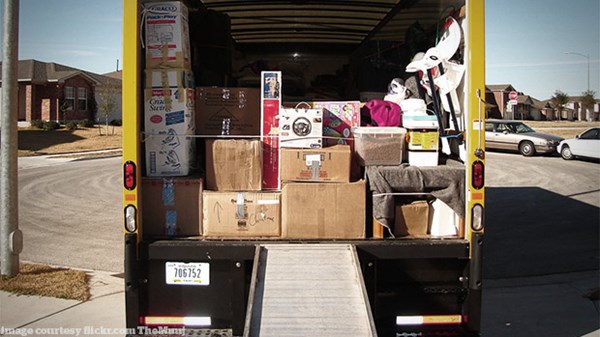 Learning from the Artists about People and Place

I am told that novelists approach their work from different starting points.

I sometimes wonder if human beings behave like novelists, as it were, especially in their decision to move from one place to another. Some move to be nearer to family. Some move for a job. Some move for the excitement of a city's culture. My friend Melody willingly left a community of dear friends in Austin in order to relocate herself to Seattle. She said she "fit better" there. The Northwest was her kind of place: cloudy, cool, mossy, saturated with grey and black wardrobes. I couldn't understand her decision at first. Why leave all these people that know you and love you to move to a place where she would be an instant stranger?

Norris has her place: the Dakotas. Eugene Peterson has his too: Lakeside, Montana. It's where his people come from, it's where he intends to remain till he dies. Melody now has her place. Wendell Berry has his place, and Bilbo Baggins has his own too.

My uncle just yesterday sold the house that his parents bought in 1947. It's been Uncle John's place for 65 years. The house is perched a handful of yards west of Southern Methodist University's campus in Dallas, Texas, 3028 McFarlin Road to be exact. It is the place my sisters and I have loved above all places in America. As children, after driving five days in our yellow Suburban through the pockmarked highways of Mexico, northward on our way from Guatemala, where my parents served as missionaries, to the redbrick front porch of my grandparents, we couldn't wait to rummage through the cereal box cabinet and the Dallas Morning News TV guide so we could find when the cartoons came on. My grandparents' home was our one stable place during our years as missionary kids.

My confession? I feel misplaced in my current city.

While I know plenty of people who thoroughly love Durham, North Carolina, I fluctuate between total ambivalence and intense aversion to the city. It is a city that irritates me almost daily. After living here for three years, I have made my peace with the fact that Durham will be the first city in my life that I will be happy to leave.

Despite the fact that it hosts the annual American Dance Festival, that Burt's Bees has set up its headquarters here, that Branford Marsalis chooses to call it home, and that Richard Florida placed it at the top of his list of creative class metros, I feel no love for Durham.

I genuinely wish it were otherwise. My wife and I struggle with mixed feelings. Are we being selfish? Are we not trying hard enough? Are we hopelessly, blindly infatuated with Texas, our home state? We do keep trying to connect with the city. It is the "City of Medicine" and the "Cameron Crazies," after all! But we still sense that at some level we are misplaced here.

I know we are not alone in feeling misplaced. Joseph son of Jacob lived nearly his entire life misplaced from his father's house. The prophet Daniel, like the people of Israel and all refugees ever since, was forcibly misplaced from his homeland. Migrant workers make a habit of living misplaced, though rarely to their liking. A divorced couple willingly flees to opposite coasts in order to escape the pain of hurtful relations. Some of us live in towns that feel strange to us, and it's an easy temptation to resent this place where we do not belong. It's easy to resent God for putting us here.

But artists come along and perform an invaluable service. For those of us who feel a tenuous or adverse relationship to our places of residence, artists help us to see that, in fact, God is happily at work here, quietly making grace happen in unexpected ways, gently rebuking our stubborn refusal to see that salvation and sanctification are occurring in this place—this street, this humidity, this church, this grocery store, these people. As Peterson remarks in his book Subversive Spirituality, describing the effect of novelists on his work as a pastor:

Every time . . . a street is walked, noticing the details, observing the texture and color, insisting on the immediate particularity, the gospel is served, for space is cleared and location provided for yet another spin-off of the Incarnation, most of which came to its definitive form in small towns and on country roads.

This is what the installation artist Craig Goodworth, recently featured in the This Is Our City film "You Are Where You Live," does in a warehouse in the city of Phoenix, Arizona. He takes misplaced things and places them in a sphere of meaning: Arizona corn grain from Casa Grande; leached water from the warehouse itself; Desert Durum wheat grains and the cornmeal from Arizona Grain; a donkey from Maricopa County; asphalt from nearby; steel rails from 20 yards outside the building. Put together, the materials tell a story about Phoenix.

It's a place-based installation, Goodworth says, and it's a way of telling Phoenicians: "Here is the stuff of your place, and it's good stuff." Inviting his audience to touch the materials, to be near them, to smell them and know them, is a way to help them love their city. It's also a way, as Peterson reminds us, to protect us from gospel-killers—"grand abstractions and standoffish condescensions" that keep us in a negative stance towards our given place.

In watching this short film, I find my discontented heart softened by lyrical images of blues and yellows and of people moving in and out of the lovely stuff that makes up a place as particular and as broken as my own. Artists like Goodworth offer us a great gift. Their gift is to help us see our place of residence as lovingly as God does. At the very least, the City team's film stirs in me a renewed desire to not give up on Durham, North Carolina.

W. David O. Taylor, former arts pastor of Hope Church in Austin, Texas, is pursuing doctoral studies in theology and the arts at Duke Divinity School. The editor of For the Beauty of the Church: Casting a Vision for the Arts (Baker), he and his wife. Phaedra, currently live in Durham.

When I learned that kids in my city couldn't swim, I started to rethink how much I'd invested in overseas missions.
Doug Banister
Richmond

Furniture Fit for the Kingdom

For Harrison Higgins, building beautiful furniture is not simply a steady job but a sacrament unto God.
Nathan Clarke
Detroit

Faith in a Fallen Empire

Detroit's list of maladies is long. But some Christians' commitment to its renewal is longer.
Katelyn Beaty
7th City

'Daddy, Why Do People Steal from Us?'

How I answered the question would prove crucial to addressing racial divides in our D.C. neighborhood.
Peter Chin

Learning from the Artists about People and Place

SUPPORT THIS IS OUR CITY

Make a contribution to help support the This Is Our City project and the nonprofit ministry Christianity Today.Learn more ...

In honor of Kim Newlen, a friend of @ct_city who died Saturday, we share our story of her battle with cancer: http://t.co/S3FGKhVDuo

RT @CTmagazine: After three years, hundreds of stories, thousands of readers, our tribute to This Is Our City: http://t.co/Gz35NhAdqc @ct_c2026

The top 10 stories of @editor @KatelynBeaty picks her favorites and reflects on lessons learned in 3 years: http://t.co/BQxYdaoyD9

"As a community we have to do a better job of rescuing these young people." The newest (and last) City video: http://t.co/vZL0cRKO7H #RVA

The Top 10 This Is Our City Stories: Editor's Pick

Getting New Yorkers to Hear the Word

Flooded by a Storm, Then by Grace