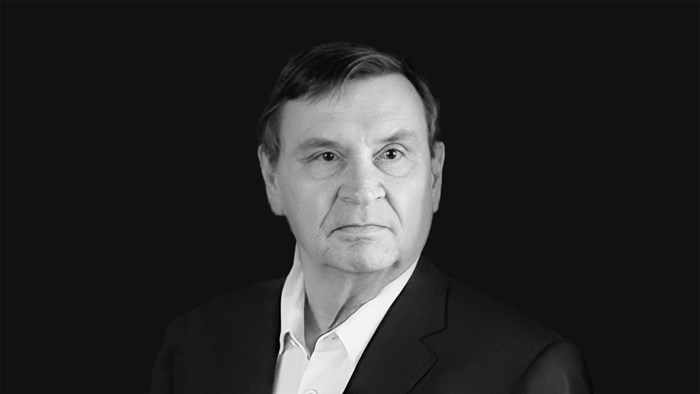 Rodney Stark, the influential and controversial sociologist who argued for rational choice in religion, died last month at age 88.

Stark made the case that religious conversion, commitment, and cultural vitality should be understood in terms of costs and benefits. He rejected the common assumption that people practice a religion because they agree with the theology, arguing creedal affirmations are secondary to social connections. And he rejected academic accounts of belief as “false consciousness” or fundamentally irrational.

In more than 30 books published across seven decades—including The Churching of America 1776-1990, with Roger Finke; The Future of Religion, with William Sims Bainbridge; and The Rise of Christianity, by himself—Stark countered that religious life wasn’t any different from other human activity. It could only be understood in terms of social connections and people’s rational choices.

“That is the basis for my whole sociology of religion: people are as thoughtful and rational about their religious choices as they are about other choices in life,” Stark once said. “If you assume that people make rational choices about religion, you start seeing how the world works a whole lot better.”

The “rational choice theory,” as it was called, also led Stark to make influential arguments about religious competition and why some movements grow and others decline. According to his research, religious groups that make it easier to join and participate will—counterintuitively—see fewer people join and participate. Those who emphasize their difference and social deviance, on the other hand, will see numbers increase.

“Thousands of articles and books have sought to build upon or challenge Stark’s bold claims,” Conrad Hackett, senior demographer at the Pew Research Center, wrote on Twitter. "His prose was clear, compelling and abundant.”

Stark is sometimes credited with reviving the sociology of religion, though that ignores the critical work of his peers and rivals, such as Robert Bellah and Peter Berger. Stark was, however, very effective at provoking interest in his research questions. He did this partly by being a contrarian. One of his fundamental theoretical commitments often seemed to be that the consensus and conventional wisdom were wrong.

He also allowed himself to follow his interests beyond disciplinary lines, working on what he wanted to work on. He had a knack for finding new topics and questions that drew more people to his research.

“I don’t think I have a brand,” he wrote. “I am a dedicated, even reckless eclectic.”

Vanderbilt sociologist Gary Jensen once remarked that in their field of academia, that set Stark apart. “He’s the only PhD in sociology from North Dakota that I know,” Jensen said. “That’s a rather unusual accomplishment in sociology as a discipline.”

Stark never spoke publicly about his parents or said much about his childhood, except to note he was baptized and confirmed Lutheran but gave more thought, growing up, to football and baseball.

He became interested in religion only after he graduated college, moved to California, and went to work as a newspaper reporter for the Oakland Tribune. It started with a story on UFOs.

“I went out to cover something called the Oakland Spacecraft Club,” he toldChristianity Today in 2003, “where there was a fellow speaking who was going to talk about his trip to Mars, Venus, and the moon on a flying saucer. I wrote a Sunday feature and had the maturity, where it came from I don't know, but I had the maturity to just write it straight. … I was then considered ‘the goofy writer.’ Anything odd that came along, whether it was calendar reform or some new religion, I would get assigned to it.”

His ability to “write it straight”—accepting the plausibility of people’s beliefs and taking their accounts of faith seriously—became an important asset when he started graduate work in sociology at the University of California, Berkeley. During the first year of his master’s program, he was recruited by sociologist Charles Glock for research on links between religious “particularism” and antisemitism.

Stark soon turned, however, to the deeper question of commitment. He wanted to know why people are religious. What do they get out of it? He and fellow grad student John Lofland developed a theory of conversion, focusing on social relationships, felt needs, and individual volition.

“The heart of religion is commitment,” Stark wrote in 1970. “Despite the primacy of this aspect of religion, it has been very little studied. Virtually no systematic attempts have been made to determine what factors contribute to or inhibit the efforts of religious institutions to recruit and maintain a committed membership.”

His first major study looked at 3,000 white churchgoers in Northern California and an additional 2,000 Protestants and Catholics nationwide. The American Journal of Sociology called it “impressive and exhaustive.”

Focusing on religious commitment and why people choose to identify with a faith, Stark also noticed that competition between religious groups encouraged more conversion. Most, at the time, thought religious diversity had the opposite effect, contributing to an overall religious decline.

“We’re always told that when there’s more than one church, people don’t know what to believe, so they believe none,” Stark later explained. “No. What you have when you only have one subsidized church is a very lazy church that doesn’t work at satisfying people or bringing them in.”

Predicting the future of religion

In the process, Stark grew sharply critical of his fellow sociologists’ attempts to understand religion. He concluded that classics in the field—including the work of Émile Durkheim and Max Weber—were fundamentally misguided. Their definitions of religion barely made sense, he thought, and predictions about the decline and ultimate demise of religion in the modern world, called the “secularization thesis,” were wildly wrong.

In 1985, he joined with sociologist William Sims Bainbridge to write The Future of Religion. The book argues that while secularization does happen, it’s more limited than sociologists have recognized and is countered by two unacknowledged social forces: revival and religious innovation.

In 1992, he joined with sociologist Roger Finke to apply his theories about religious choice and competition to American history. A number of professional historians and religious studies scholars criticized the evaluative framework, which used growth as the exclusive and universal metric for measuring religious success. They also questioned how the sociological terms were applied in historical context. Was it really true, for example, that Southern Baptists experienced more “tension” in the segregated, Jim Crow South than the left-leaning, LGBT-affirming Episcopalians?

Despite professional skepticism, The Churching of America found a broad and eager audience, and Stark’s approach was widely adopted by journalists and others attempting to explain the changes to the religious landscape.

Stark applied his rational choice theory to other historical subjects as well. He sought to explain the success of the early church in The Rise of Christianity, monotheism in One True God, and the followers of Joseph Smith The Rise of Mormonism. He also strayed beyond sociological questions to dabble in historical defenses of unpopular causes, most notably writing a defense of the crusades in 2009.

“The short answer to why I wrote the book is self-indulgence,” Stark said. “That’s always why I write. I mean, big secret is that the academic life has given me the privilege of writing every morning for the last many, many years. It’s the reason to get up and the reason to have a happy day. And that’s why I do it.”

‘I have trouble with faith’

His many defenses of religion in general and Christianity in particular seemed to have a personal impact on Stark toward the end of his career. He had long said that he was a defender of Western civilization and happy to embrace cultural Christianity but found himself incapable of affirming more than that.

“I have trouble with faith,” he said in 2004. “I’m not proud of this. I don’t think it makes me an intellectual. I would believe if I could, and I may be able to before it’s over.”

Later that year, he moved from the University of Washington to Baylor University, where he became the codirector of the Institute for Studies of Religion. By 2007, he said that while he couldn’t become a Baptist, he could profess a personal faith.

“I found … that I was a Christian,” he said. “I suppose ‘independent Christian’ is the best description of my current position.”

Stark died on July 21 at his home in Woodway, Texas. He was predeceased by his wife, Lynne Roberts. He is survived by one son, Joshua Stark. No public memorial has been planned.