New “PastoraLab” equips women in ministry who feel torn between their culture’s churches and their calling to lead.
Morgan Lee|January 29, 2021 06:00 AM 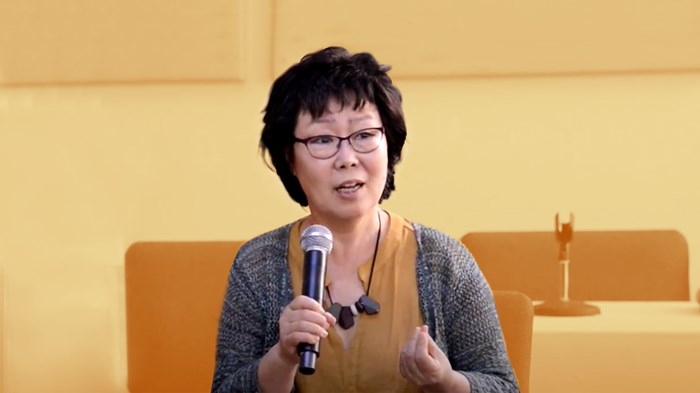 When Janette Ok was growing up in Michigan, her family’s Korean church hired a woman to lead its English-speaking ministries. Seeing pastor Mary Paik administer the sacraments and send her congregation off with a benediction each week offered Ok “tangible evidence that despite what people said, women could and should preach and pastor.”

“It was this image that I really clung to during the drought of exposure to Asian American female preachers that I experienced for years afterwards,” said Ok, now a pastor and New Testament professor at Fuller Theological Seminary. “I did not see another one for years after we moved to California.”

Ok is one of the organizers of a new program aiming to change that. She wants to see more women like her lead in Asian American church contexts, especially if they didn’t have a role model like she did growing up.

The two-year cohort, designed to support Asian American women who have been called to the pulpit in Asian American spaces, was conceptualized by ISAAC cofounder and executive director Young Lee Hertig.

The project will also conduct research to get a more detailed picture of Asian American church affiliations, since the group spans evangelical, mainline, and historically monoethnic denominations.

In traditions like the Southern Baptist Convention—which many Chinese American churches belong to—or the Presbyterian Church in America—popular among Korean Americans—denominational convictions generally keep women from senior pastor or preaching roles. But there are also sizeable Asian American populations in the United Methodist Church, Presbyterian Church (USA), Evangelical Covenant Church, and the Vineyard, whose stances allow women in all leadership roles.

In churches where women are permitted to preach and pastor, the denomination’s position is “just the beginning,” said Daniel Lee, academic dean of the Center for Asian American Theology and Ministry at Fuller. “It can be quite challenging to receive a call to be on a pastoral team or to be a senior pastor as a woman. This is the hard reality for all women, but for Asian American women, it’s even more challenging, given the Asian cultural heritage of patriarchy, as well as race-gender intersections.”

Lee Hertig, who struggled with the “patriarchal Christianity” in the Presbyterian church in Seoul where she grew up, went on to become ordained in the PC (USA) and has dedicated her ministry to advocating for and mentoring fellow Asian American women.

Back in 1992, Lee Hertig became Fuller’s first female faculty member of color; the school invited her to apply as students began to push for multicultural curriculum in the aftermath of the LA riots.

Over her career as a professor and minister, she often found herself one of the only Asian Americans and the only Asian American woman on staff. Though she was nominated for faculty of the year in her first year, the work was isolating and exhausting. She was stretched thin serving on different committees and meeting with students. At one point, a colleague suggested Lee Hertig work at the "B level" in teaching and focus on publishing.

“I told him, ‘I cannot turn away all these women and women of color students knocking on my door. You have a luxury of delegating to other white male faculty, but I cannot,’” she recalled.

Lee Hertig, who also taught at United Theological Seminary in Ohio, could relate to the female students who came to her feeling “church homeless”—like they could either choose to remain in an Asian church tradition that represented their culture or move to a white church tradition that supported women in pastoral leadership.

“In the context of Asian American churches, especially evangelical churches, women have been discipled their entire lives into faithful service to God and others and yet are rarely given the opportunity to lead, pastor, and preach,” said Ok.

As a result, many Asian American female seminary students pursuing ordained ministry have gone on to serve in predominantly white or multiethnic congregations.

“We felt we had to choose between gender equality or ethnicity,” said Lee Hertig, who has worked for years to dismantle what she believes is a false binary. In 2017, she and three others launched A More Equal Pulpit Project, a program designed bring gender parity to pastoral spaces in Asian American and Hispanic churches.

Beyond the lack of role models, girls growing up in Asian American churches can encounter narrowly gendered calls to pursue “servant leadership,” which might mean exclusively working with children or in a behind-the-scenes role.

“Christ’s life exemplifies service, of course, but when you’re talking to young Asian girls, you also have to empower them to speak up and be visible,” said Ok.

The PastoraLab program puts participants in a setting where they can process their callings, ministry, and personal lives alongside women who have faced some of the same challenges and expectations. The program will launch with three cohorts of 8–10 leaders, all based in Southern California. Together, they will study the biblical hermeneutics behind gender equality and engage in a preaching lab.

Before they’ve even begun, organizers have already seen a glimpse of the range of backgrounds in the incoming cohorts. One participant is a Korean American woman who pursued a career in ministry after escaping a cult. Another is a Taiwanese American accountant in her 60s who felt the call while incarcerated and now leads a church in a parking lot for the homeless community in Skid Row.

Lee Hertig plans to also have the cohorts learn from the prophetic preaching model set by female black preachers (she cited Bishop McKenzi Vashti as a personal inspiration) and to engage male allies who can help women navigate male-dominated church spaces.

One question has circled both Lee Hertig and Ok’s churches for years: If women are so passionate about the gospel and so invested in theological education, why aren’t there more opportunities for them?

Right now, Ok is watching her own nondenominational, Asian American church—Ekko Church in Orange County—offer more chances for women to preach and pastor. The congregation’s pastoral team currently includes three men and three women. Over the course of Lent they will have three laywomen, known as “ministers in training,” preach sermons for the first time.

“But this didn’t just happen. We made it happen with the Spirit at work among us,” said Ok. “What I mean is that it required (and still requires) us to be intentional, to duke things out, to de-center male authority and voices as dominant, reimagine a more equal pulpit, and disrupt former patterns where women were treated as inferior members.”