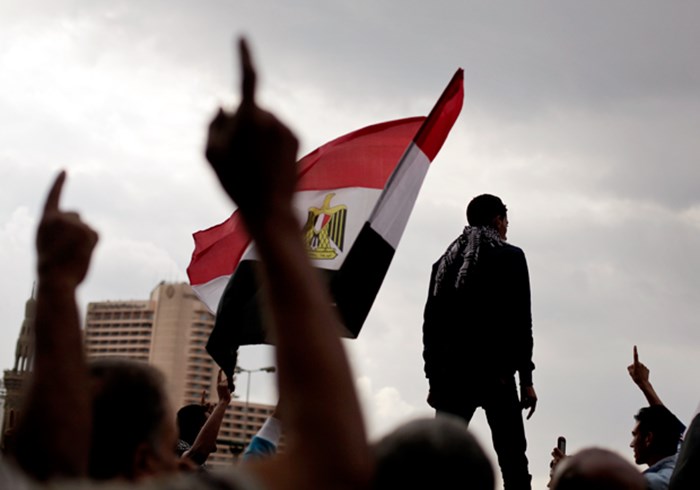 The recent deaths of two teenagers best communicate the situation in Egypt today.

Gaber Saleh, a 16-year-old revolutionary activist, was killed in confrontations with police in Tahrir Square last Sunday. That same day, Islam Massoud, a 15-year-old Muslim Brotherhood member, was killed in clashes between supporters and opponents of President Mohamed Morsi in Damanhour, a city in the Nile Delta.

The deaths reveal a nation deeply divided by the decision of Morsi last week to appropriate all governing authority until a new Egyptian constitution is completed and a new parliament elected. Protests have broken out throughout the nation; Tahrir Square has once again filled to capacity. Many of Egypt's judges have decried the attack on their independence, with the two highest appellate courts joining others in a nationwide strike.

The nation's Christians are firmly in the opposition camp.

"He is undermining the judicial system, putting this authority in his hands to go along with the executive and legislative power as well. We cannot allow for anyone to become unaccountable."

Morsi seized legislative power from the military in August—which had assumed it following the dissolution of parliament—shortly after his election in June. He has used this power sparingly, and assures the nation his restraint will continue. The decree is necessary, says Morsi, to protect the revolution, end corruption, and preempt looming court cases which could dissolve the assembly writing the constitution—further extending a long and destabilizing transition.

Less than a week before Morsi's announcement, Egypt's Christian leaders added to this uncertainty by withdrawing its members from the assembly in protest on November 17. Many liberal and secular representatives had done so earlier and others followed the church, protesting their failure to reach consensus with an Islamist majority.

Yet before his election, Morsi promised to ensure an assembly balanced in all national trends. Instead, not only has he sealed its current composition judicially, he has removed altogether the checks and balances of the judiciary.

"The leadership of the country is concentrated in one power," said Makram Naguib, pastor of Heliopolis Evangelical Church. "We were surprised by the decision to do so even further, immunizing the president's decisions from judicial review.

"Yes, Egypt is going through a difficult period. But who will guarantee [Morsi] will do what he said? He should reverse his decision and preserve Egypt's stability."

This stability has been shaken not only by protests, but also by vandalism of offices used by Morsi's Freedom and Justice Party in cities outside Cairo. Many revolutionaries are calling not only for Morsi to rescind his decree, but—as in the original revolution—for his regime to fall.

"This is a national issue, not a Christian one," says Safwat el-Baiady, president of the Protestant Churches of Egypt and a former member of the constitutional assembly.

"As Christians, we are not calling for the downfall of the president. And we do not fight against the authorities. As a church, we ask only for a suitable constitution for Christians and Muslims.

"But normal people have the right to be in the squares."

Yet some Christians in these squares do wish to depose the president. "It will take more time to topple Morsi than Mubarak," said Mina Magdy of the Maspero Youth Union, a mostly Coptic revolutionary group.

"Christians must participate with all liberals and leftists, but as Egyptian citizens. They must come down to the street to march and join with others."

Morsi's opposition is not just in the street. Samir Marcos, Morsi's vice president for democratic transition and the most prominent Coptic member of his administration, has resigned.

"I refuse to remain [in my position]," he told the international Arab newspaper Asharq Alawsat, "in light of this presidential decision that is crippling to the democratic transition process … and which is contrary to what I am trying to achieve through my position."

Gendy fears even a temporary dictator could arrest the opposition on the grounds of national security. Magdy anticipates increasing degrees of escalation, including a march on the presidential palace and a boycott of Muslim Brotherhood-owned businesses. Yet even sober judgment finds the situation bleak and compromise difficult.

"It is early and far-fetched to consider him being ousted, but I pity him because of the desperate situation he created for himself," said Youssef Sidhom, editor-in-chief of the Coptic newspaper Watani.

One possibility emerges with the recent decision of the president of the constitutional assembly to finalize its work tomorrow, even though Morsi's decree gave the body two additional months. This would speed up the democratic process and limit the length of the president's absolute power.

This might also create a scenario where a weary public votes "Yes" in the constitutional referendum to follow, simply to end the deadlock and restore stability. In the process, liberals and Christians fear, the public would accept a flawed and religiously tinted constitution.

Of course, either way the people vote, a deadlock might continue. The Muslim Brotherhood will hold a rally on Saturday to support the president, whereas they previously canceled a competing protest out of fear for "bloodshed."

"In order to save Egypt from going back to square one—dropping into chaos and nearly civil war—we have to think of a compromise," said Sidhom. "But I fail to see how or where."