Newsweek, Fox News, and others debate whether the "Christian viewer vote" has become too powerful.
May 25, 2010 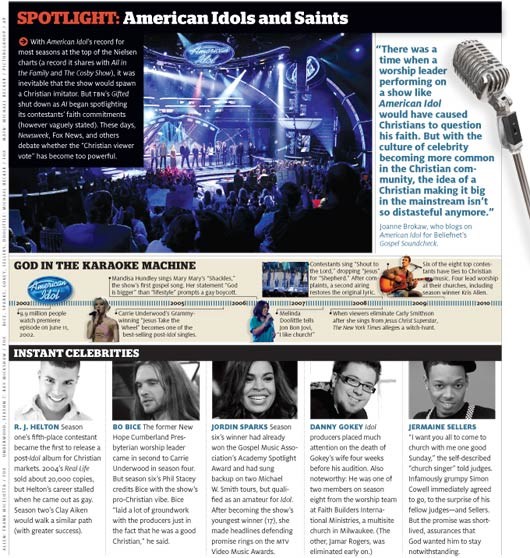 Previous Christianity Today articles on television and American Idol include:

Idol Worship? | Christians continue to shine on American Idol even as Christian alternatives to the popular show crop up. Can they co-exist? Can both bring glory to God? (December 17, 2007)