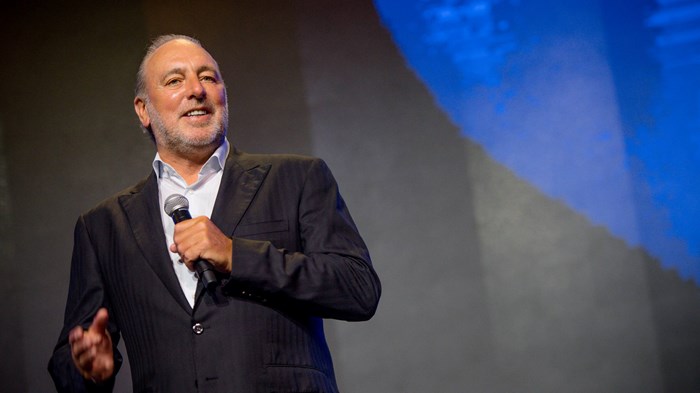 Brian Houston has resigned from Hillsong Church, the congregation he founded nearly 40 years ago and led as global senior pastor.

The boards of the Australian congregation and the global ministry announced they accepted his resignation in a letter posted Wednesday.

Houston had been on leave from the church awaiting his appearance in court on charges he had covered up abuse by his late father.

Last week, news broke that Hillsong had also investigated the pastor in two instances of inappropriate behavior. One involved text messages sent to a female staff member; the other occurred when Houston drunkenly entered a woman’s hotel room after a Hillsong conference three years ago.

The letter from the board stated:

Irrespective of the circumstances around this, we can all agree that Brian and Bobbie have served God faithfully over many decades and that their ministry has resulted in millions of people across the world being impacted by the power, grace, and love of Jesus Christ.

Hillsong Church was birthed out of Brian and Bobbie’s obedience and commitment to the call of God and we are extremely grateful for all that Brian and Bobbie have given to build His house. We ask that you continue to pray for them, and the entire Houston family, during this challenging time.

Last Sunday, Phil Dooley—Hillsong’s interim global leader—apologized to the congregation and pledged to make it a safe place for healing.

“Where trust and aspects of transparency have been lost, we will do our best to rebuild that,” he said.

The church plans to undergo an independent review of its governance structure and processes.

“There is still much to be done and our church leadership continues seeking God for His wisdom as we set the course for the future,” the boards wrote. “We acknowledge that change is needed.”

Earlier story (March 18, by Roxanne Stone and Bob Smietana – Religion News Service): The board of directors of Hillsong, the global megachurch and music empire co-founded by Australian pastor Brian Houston, released a statement Friday addressing two complaints about Houston, including an accusation that the married pastor had spent time alone in a hotel room with a woman in 2019.

The statement, which came as the story was breaking in the Australian press, said the Hillsong board has been “dealing with two complaints made against Pastor Brian over the last 10 years,” and said each was investigated by a board member or “a body appointed by the global board,” and dealt with confidentially.

The other complaint related to an accusation that Houston had flirted with a staff member over text message a decade ago.

Prior to the statement being released, Hillsong reportedly held a video meeting with 800 Hillsong staffers around the world in which interim senior pastor Phil Dooley, who is leading the church while Houston is on leave due to ongoing legal troubles, discussed the complaints for the first time with the church at large. Dooley explained the texts, according to Australia’s ABC News, as being to the effect of, “‘If I was with you, I’d like to kiss and cuddle you,’ words of that nature.”

The second incident, as reportedly detailed in the staff meeting, took place during its annual conference in Qudos Bank Arena in Homebush, New South Wales in 2019. According to ABC, Dooley said Houston had been “drinking with a group.”

“Later that evening, Pastor Brian attempted to get into his room but didn’t have his room key and ended up knocking on the door to the woman’s room,” Dooley reportedly said. “She opened the door and he went into her room.”

The Hillsong board statement said that Houston, 67, had become “disoriented” after taking more than the prescribed dose of an anti-anxiety prescription, mixed with alcohol. “This resulted in him knocking on the door of a hotel room that was not his, entering this room and spending time with the female occupant,” read the statement.

“We also worked closely with Pastor Brian to ensure he received professional help to eliminate his dependency on this medication, and this was achieved successfully,” the statement read.

The board’s statement also said they agreed to refund money the woman had donated to the church, “in order to bring resolution in a spirit of love and care,” and to “abide by her request for confidentiality.” The statement said Houston repaid the money to the church.

At the time, Houston agreed to step down from leadership for a period and “take specific action,” but ultimately, according to the statement, he did not take all of the agreed upon steps, “which resulted in the board taking further action in late 2021.”

The statement did not indicate whether Houston would return to his position at the church.

The incidents are the latest controversy to engulf Hillsong, a Pentecostal powerhouse Houston founded with his wife, Bobbie, in 1983. The church, which draws a reported 150,000 to services in 30 locations, has also produced some of the most popular worships songs used in evangelical churches around the world, including “Oceans,” “What a Beautiful Name,” and “Shout to the Lord.”

In January, Houston announced he was taking a leave from his pastoral duties during 2022, in order to prepare for his trial in Australia on charges that he failed to report sexual abuse.

“The result is that the Hillsong Global Board feel it is in my and the church’s best interest for this to happen, so I have agreed to step aside from all ministry responsibilities until the end of the year,” Houston said in the January 30 video announcement.

Houston was charged in August 2021, with concealing a serious indictable offense of another person. Police say his late father, Frank Houston, also a preacher, indecently assaulted a young male in 1970. Court documents allege Houston knew of his father’s abuse as early as 1999 and “without reasonable excuse,” failed to disclose that information to police.

His son has long denied covering up his father’s abuse.

“I think I’m quite a tolerant person, but one thing I’ve really never had any tolerance for is sexual abuse, and especially child abuse,” Brian Houston said in an 2005 interview with the Australian Broadcasting Corporation. “So, I don’t think you could have kicked me in the guts with a bigger blow, in some ways.”

According to Australian news sources, Brian Houston’s trial will be held in late 2022.