There is work to do and some of those God has called to do it are female, Pentecostal leaders say.
Hannah McClellan|August 5, 2022 08:51 AM 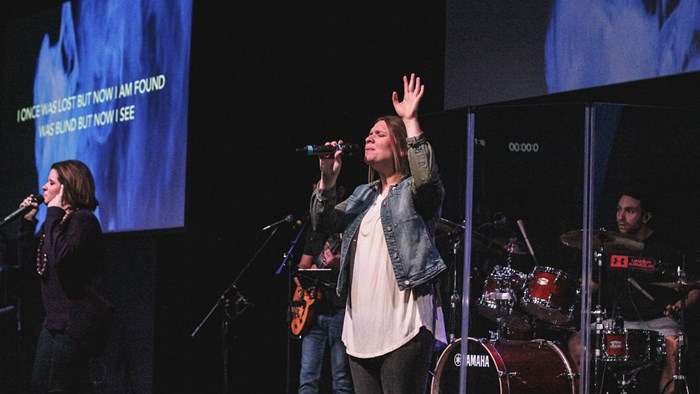 The Assemblies of God (AG) has ordained, on average, more than 5 women per week every week for the last 14 years, bringing the total number of ordained women in the Pentecostal denomination up to 10,383. Currently, a record 27.6 percent of Assemblies ministers are women, according to a denominational report.

“The image of God is best reflected when the church of Jesus Christ is healthy,” said Crystal Martin, national director of the denomination’s Network of Women Ministers, “and women are empowered to fulfill their call at every level of church leadership.”

Women have been preaching and teaching in the AG since it was founded in 1914. The church embraced women’s leadership based on its understanding of New Testament models of ministry and Scripture’s testimony to the equal outpouring of the gifts of the Spirit. But 30 years ago, only about 300 women were leading AG churches.

The trend toward more women in ministry started in the late 1990s. Many received support from the Network for Women Ministers, which was founded in 1999 as the Task Force for Women in Ministry. In 2010, the AG reiterated its support for women in ministry with a position paper laying out the biblical argument from a Pentecostal perspective.

Some young women still find it hard to believe that they could be called to lead a church, though.

“I sat down with one young woman, and she shared her whole life vision,” Martin told CT. “And I said, ‘It sounds like God’s calling you to be a youth pastor.’ And when I said that she felt uncomfortable—she had just never seen a female pastor.”

According to Pentecostal scholar Joy Qualls, support for women in ministry waned in the late 20th century as Pentecostals interacted with other traditions that looked down on what they saw as disruptions of the natural, God-given order. When cultural conflicts over gender roles erupted in American society, some Pentecostal leaders worried their tradition was lined up on the wrong side.

“As the movement institutionalized women’s influence, leadership, and roles became increasingly constrained,” wrote Qualls, a professor and dean at Biola University. “The constraints placed on women in Pentecostalism had more to do with the influence of Evangelical culture, lack of education in our history and theology, and general discourse, than it did [with] Scripture or theological positions.”

Today, 7 in 10 self-identified evangelicals say they support women preaching. Even in complementarian traditions, such as the Southern Baptist Convention, about 65 percent say women should be allowed to serve as clergy.

Still, in America today, only about 13.5 percent of congregations are led by women, and that drops to a little less than 2.5 percent when you just look at white evangelical churches.

Women lead about 6 percent of Assemblies churches, a number that has doubled since the 1990s. Qualls and others point to top leadership in the denomination driving that change.

In 2018, the denomination elected the first woman to the national leadership team. Donna Barrett, who became a credentialed minister in 1986, was made general secretary. Her election opened the door for more change.

“If you see a snapshot of the six executive leaders a few years ago, they were white men who are married and a little bit older,” Barrett told CT. “And now when you look at the six of us at the executive leadership team, you have an African American, a Hispanic, a female who’s single. We’re a little bit more diverse, and that gives a picture to other ministers and parishioners of the denomination that there’s a place for everyone.”

According to Barrett, the Assemblies’ affirmation of women in ministry is deeply rooted in the denomination’s commitment to evangelism. They believe the harvest is plentiful and are eager to see the gospel preached everywhere.

“If we pray to God to send more workers and then we disqualify more than 50 percent of them, saying, ‘Sorry, they’re the wrong gender,’ we have handicapped the church,” Barrett said. “It’s important that if God calls a person, we don't step in and humanly interrupt that.”

The denomination is looking to diversify and empower its leadership team and members across the board, said Maricela Hernández, who was elected as the West Spanish language area executive presbyter last year. She's served as a lead and assistant minister in Peñitas, Texas, for more than 25 years, and is passionate about ensuring all people who feel called to serve God also have the opportunity to.

“I just thank God that he has allowed me to represent Hispanic people, the Hispanic ministers,” she told CT. “God is bringing the mission field to our place and our homes, and we have to be ready to embrace, to make room, to appreciate, and welcome all of our brothers and sisters—regardless of their race, language or skin color."

“He had a unique ability to open doors for young people, women, and ethnic minorities by providing them a meaningful seat at the table,” Doug Clay, Wood’s successor as general superintendent, told AG News. “That has been a major force behind our growth in each of those areas.”

Leaders in the Network of Women Ministers still see more work to be done, though. Only five of the 206 AG district officials are women. And there are still young women in the denomination who have never seen a woman lead a church and don’t realize they could be called by the Spirit to ministry.

“The work of our next decade is to mobilize women and to normalize women on decision-making tables at every platform,” Martin said.

She hopes women will recognize the abundance of God’s gifts and that the church will see an abundance of ministers preaching with the power of the Spirit.

“Why would we look through a scarcity lens of, ‘We only have half the population who can handle a platform’?” Martin said. “It’s not where we sit theologically, and I pray in the next decade, it's not where we sit practically.”