A decision allowing busing to Hebrew schools calls out the significance of preserving this minority tradition’s unique identity.
Griffin Paul Jackson|October 24, 2019 07:00 AM 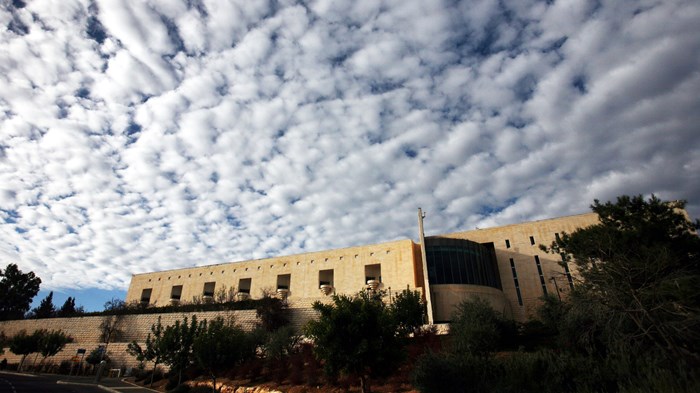 Aramean Christians, who speak Aramaic and identify as descendants of Jesus’ earliest followers, recently won another legal victory as they continue to advocate for their rights and heritage in Israel.

The Supreme Court ruled last month that Arameans can now choose to send their children to either Jewish or Arab schools and that their municipalities must provide transportation to accommodate their choice. The decision cited their “right to preserve and nurture their identity as members of a unique minority group.”

Arameans, many of them Maronite Catholic or Orthodox, represent a minority within a minority in Israel. Advocacy efforts over the past several years have revived their historic identity as distinct from Arab Christians in the country.

The initial appeal in the case was filed by Shadi Khalloul, director of the Israeli Christian Aramaic Association and a prominent activist for Aramean causes. Khalloul along with two dozen other Christian families didn’t want their children attending the local Arab school, but the city refused to bus the students to a Jewish school in a nearby community.

Some Arameans fear Arabic-language schools are Arabized and Islamized, and don’t align with their cultural values.

“This was a big injustice for us because it disconnected us from our roots, from our history,” Khalloul told CT, explaining that if their kids could not be educated in Aramaic, they would at least want them to learn in Hebrew. “People were not able to learn the basic things about their identity, our language, the language of Jesus.”

A former officer in the Israel Defense Forces (IDF), Khalloul also opposes sending his children to an Arab school because he says they don’t encourage IDF service, which is generally highly valued in the Aramean community.

It took more than two years before the Arameans landed a ruling in their favor.

Khalloul called the obstacles a form of “oppression,” and compared the situation to the “separate but equal” logic that buoyed segregation in America and led to the 1954 Brown v. Board of Education ruling.

Though the Nazareth District Court previously determined that regional councils were not obligated to pay for busing, the new Supreme Court decision is the final word. For the current school year, Israel’s Ministry of Education is subsidizing the busing.

“The choice by the appellants—or other Aramean students—in favor of the state education system in Sasa [the location of the Jewish school where Khalloul sends his children] is not a personal whim, but an insistence on the right to preserve and nurture their identity as members of a unique minority group,” wrote Justice Neal Hendel.

It wasn’t until 2014, after a years-long campaign, that Israel recognized Aramean identity at all. Also thanks to efforts spearheaded by Khalloul, Arameans, who had long been officially designated as “Arab Christians,” won the right to register as Arameans and officially distinguish themselves from the Arab community.

“We were struggling to fix this identity, and, thanks be to God, we succeeded,” said Khalloul. “It means they recognize the early Christians who inhabited this place with them and spoke the language of Jesus.”

The new classification permitted some Christians in Israel—Syriac Orthodox, Greek Orthodox, and Maronites, among others—to revoke the Arab identity they had been assigned. Khalloul’s son Yaakov, who was two at the time, was the first in Israel to register as an Aramean.

While supporters saw the option to replace the Arab label as a way to bring Christians further into Israeli society, critics argued the ruling spurred greater tension and cultural division in an already divided society, driving a wedge between Palestinian and Israeli Christians and Muslims, Haaretz reported. Ahmad Tibi, an Arab Muslim politician in Israel, spoke out to say Christians “are an authentic part of the national Arab Palestinian minority in Israel.”

“Against the background of persecution and destruction of non-Muslim minorities in the region, including the ancient Aramaic people, the decision is infused with special, important significance,” Yisrael Katz, Israel’s Transportation Minister, told The Times of Israel at the time.

Khalloul described the Arameans’ cultural distinctions to the newspaper: “We’ve preserved our unique language, and we still pray it in church. We have a strip of land, we have customs, weddings, everything operates differently, that you are not familiar with—not like in the Arab and Muslim communities.”

So far, a relatively small number have registered to change their official identification to Aramean. Khalloul believes this is due to bureaucratic obstacles.

Arameans say Arab identity was thrust upon them, so publicly recovering the identity they believe has always been theirs is a rich, visible inheritance in a society where identity determines a great deal.

“This is what we are,” Khalloul said. “If you are American and I tell you, ‘You are German,’ would you accept that? No. You feel you are actually oppressed in an identity that doesn’t belong to you.”

Arameans view themselves as the direct descendants of the earliest followers of Jesus and their ancient churches. Khalloul is on a mission now to establish Aramaic-speaking schools that will prioritize the Christian community’s language, culture, and identity. He believes such schools will help Arameans better integrate in Israel as they connect more deeply with their roots.

He also has ambitions to build a town for Aramean Christians in northern Israel to preserve and foster their unique culture and language.