And other news briefs from Christians around the world.
Daniel Silliman|August 22, 2022
españolFrançais简体中文繁體中文
Image: Yacht image courtesy of GBA Ships

The first modern cruise line to focus on Asia has closed down following the financial difficulty brought by COVID-19 and has sold the last of its fleet of luxury yachts to a German Christian organization. Genting Hong Kong’s Star Cruises’ other ships were sold for scrap. But The Taipan, docked in Malaysia, was acquired by GBA Ships (formerly Gute Bücher für Alle), which works in partnership with Operation Mobilisation. GBA Ships visit 15 to 18 port cities per year, providing aid and access to Christian books. Restoration of the 31-year-old, 85.5-meter yacht is expected to take 12 to 18 months. It will be renamed Doulos Hope.

A 43-year-old Christian man who was detained in the Xinjiang internment camps alongside two dozen Muslim Uyghurs has escaped the country and come to the US with his wife and son. Ovalbek Turdakun, an ethnic Kyrgyz who worked as a Kyrgyz-Mandarin translator, became a target of the Chinese government’s brutal assimilation program after he married a Kyrgyzstan native. He was detained for 10 months then suddenly released. The family fled to the US with the help of a research fellow at the Victims of Communism Memorial Foundation, a Canadian surveillance expert, a McKinsey Group analyst, a family of American Christians, and China Aid founder Bob Fu. Human rights lawyers will submit his firsthand account of Chinese government repression to the International Criminal Court. 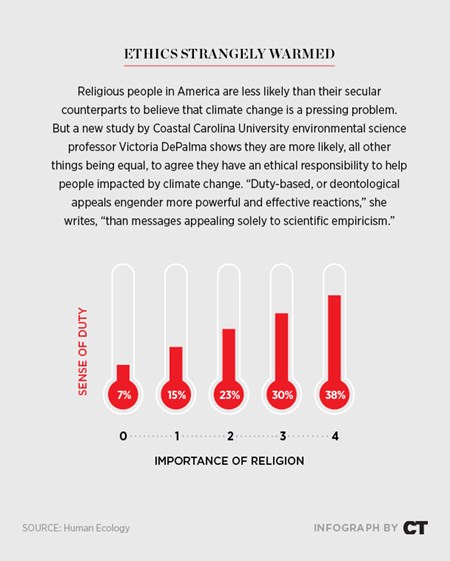 Australia: Many baptized at cross raising

A record of 130 aboriginal people were baptized by family elders and tribal leaders at a cross-raising ceremony on West Arnhem Land, in the northeast corner of Australia’s Northern Territory. Cross raisings have become significant to First Nations Christians as a time to renew a covenant between the land and God and prepare people for immersion. The practice dates back to the homeland movement of the 1970s, when many indigenous families returned to ancestral lands.

The Christian humanitarian aid organization Compassion International and 17 churches came together to plant 4,000 trees to combat the effects of climate change. The group hopes to plant 15,000 more acacia, moringa, avocado, and other species of trees in 20 locations across the country. Abraham Satunia, an Assemblies of God leader, said burning fossil fuels has disrupted the environmental order, becoming a threat to human life. The mean annual temperature in Ghana has gone up by one degree Celsius since 1960, according to the World Bank, and now there are about 48 more hot days and 12 more cold days every year. Continued climate change is expected to increase the mean annual temperature one to three degrees by 2060, resulting in a 20 percent decrease in rain and causing cyclical droughts.

Gospel singer Osinachi Nwachukwu died suddenly at age 42, and her family is disputing the cause of death. Her husband and manager, Peter Nwachukwu, said she suffered secretly from throat cancer. Her four children, however, told police she was the victim of domestic violence. Peter Nwachukwu is now in jail, facing 23 charges of domestic violence and “culpable homicide.” One of Nigeria’s best-known gospel singers, Osinachi Nwachukwu’s hit “Ekwueme” has 77 million views on YouTube.

A 72-year-old man claims an Evangelical Lutheran church’s illuminated cross is a health risk, because it may “tear open old wounds” for people who attended the church’s schools between 1955 and 1990. The Evangelical Lutheran Church Society, a small denomination with about 3,300 members, has apologized for the corporal punishment practiced at its schools but says that has nothing to do with the cross on the Skien church built in 2021.

An evangelical church in Italy attracted hundreds of visitors by displaying a minor work by the late pop artist Andy Warhol. The church, Chiesa Evangelica Breccia di Roma, offered its space for an art exhibit titled Prints & Multiples as a way to love its neighbors and invite people to notice the active evangelical congregation operating in the heart of Rome. Warhol’s screenprint of flowers—signed on the back with a stamp that says “Fill in your own signature” with a blank line—sold at auction for about $10,000.

The head of the Pentecostal Churches of the Dominican Republic called on the legislature to have experts in his congregation review a proposed bill on the right to privacy, honor, good name, and image. Bishop Reynaldo Franco Aquino said the bill has not had proper public vetting, “which is why a controversy has been unleashed that seems endless.” The proposed legislation, opposed by free-press advocates, would make it easier to sue for libel. It is not clear if it will also apply to social media users and platforms.

Ordained women lead only about 7 percent of churches in the Cooperative Baptist Fellowship, which separated from the Southern Baptists in 2002 over the issue of women in ministry. A study presented at the 2022 general assembly showed the total number of women in senior or copastor positions in the denomination’s 1,400 congregations has actually declined since 2015. Women in the study said they faced obstacles including higher standards, lower pay, sexual harassment, inappropriate interview questions, and men getting credit for their work. “After my first sermon,” one Baptist pastor said, “a congregant asked my husband if he wrote my sermon.”

[ This article is also available in español,  Français,  简体中文, and 繁體中文. ]

@Danielsilliman
This article is from the September 2022 issue.