Important developments in the church and the world (as they appeared in our October issue).
CT Staff|September 20, 2017

After D. James Kennedy Ministries was cited in local media reports as the No. 1 “hate group” in Florida, the Coral Ridge Presbyterian broadcaster became the first ministry to sue the label’s instigator, the Southern Poverty Law Center (SPLC), for defamation. The SPLC lists almost 20 Christian organizations—including Alliance Defending Freedom, Liberty Counsel, and the Family Research Council—on its hate map for their “anti-LGBT” stance. The Coral Ridge ministry said the hate group label was not only false but was intended to hurt its reputation and fundraising efforts. The SPLC’s hate map has been covered by CNN, noted by charity researcher GuideStar on ministries’ profile pages, and used by AmazonSmile to block donations to listed groups. 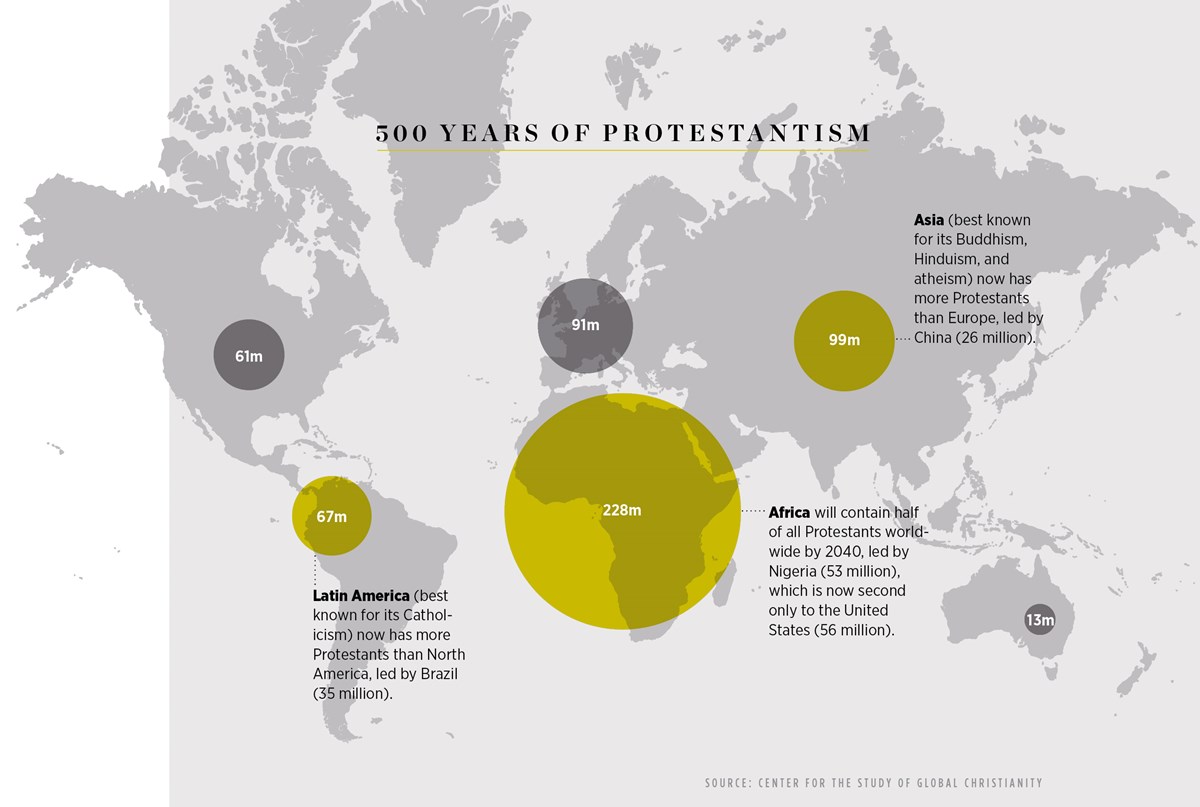 After more than three decades as senior pastor of the 20,000-member Northland Church in the Orlando area, Joel Hunter announced he was stepping down in order to minister to the “unincluded in the Kingdom.” The 69-year-old, who served as an evangelical adviser to President Barack Obama and prayed at his inauguration, said his “call to the pastoral role in a church is fulfilled.” But Hunter isn’t finished with ministry. “My experience, relationships, and apostolic gifting are at their highest potential,” he told his congregation, “and I will spend them in the most productive way possible in this final season of my journey.” That will include teaching a weekly Bible study where community members can ask questions, helping to address homelessness, and forming networks to “distribut[e] the church into everyday life.”

Two and a half years after Toronto megachurch pastor Hyeon Soo Lim was arrested in North Korea and sentenced to a life of hard labor, he was released on “sick bail” for “humanitarian reasons.” Lim is a South Korea native who had visited the communist country about 100 times over 20 years to support an orphanage and nursing home founded by his church. “While I was laboring, I prayed without ceasing,” he told his 3,000-member congregation upon his return. During his time in prison, Lim said he “read the Bible in both English and Korean five times and memorized over 700 Bible verses. I worshipped alone for 130 Sundays. … There were many difficult moments, but it was during these times that God gave me the strength to endure and persevere.”

In a late and unusually short preface to the US State Department’s annual international religious freedom assessment, Secretary of State Rex Tillerson laid out a single concern: ISIS. “ISIS has and continues to target members of multiple religions and ethnicities for rape, kidnapping, enslavement, and death,” he wrote. “The protection of these groups—and others who are targets of violent extremism—remains a human rights priority for the Trump administration.” The report examined the religious freedom situation in 199 countries, including fears of Islamist radicalization in Indonesia, growing Hindu nationalism in India, and new government restrictions in Russia. “We cannot ignore these conditions,” Tillerson said. One State Department adviser said that instead of taking the persecuted in as refugees, the Trump administration would prefer to stabilize their home countries.

When an entire diocese left The Episcopal Church in South Carolina five years ago, the group took their name, seal, and buildings with them. Now they have been ordered to give much of that back. The state’s Supreme Court ruled 3–2 that $500 million worth of historic church properties must be returned to the national denomination; however, a 2–2 split ruling on the intellectual property means a lower-court decision allowing the diocese’s use of the name and logo still stands. Splits within the Episcopalian church and other mainline denominations have caused church property lawsuits to surge in recent years. In 2016, they dropped slightly, but still became the top reason churches ended up in court, surpassing child sex abuse lawsuits for the first time in a decade.

A CNN update on the work of Agape International Missions (AIM) to rescue children from sex trafficking in Cambodia almost caused that work to end. Prime Minister Hun Sen didn’t take issue with the story itself—which explained how authorities have been working to end trafficking—but with the identification of three ethnically Vietnamese women as Cambodian. “My country is poor, but you cannot insult our people,” Hun said, according to The New York Times. He called for AIM’s schools, shelters, and offices to be shut down. But the order was rescinded after AIM apologized and explained that the misidentification was CNN’s mistake. AIM investigated more than half of all sex trafficking raids in Cambodia in 2015 and has rescued more than 100 underage girls.

A year after firing Perry Noble over his alcoholism, his former NewSpring Church continues to deem its founding pastor unfit to be restored to the pulpit of the South Carolina multisite congregation. But that hasn’t stopped the 46-year-old from guest-speaking at more than 10 other congregations—and from filing the paperwork to incorporate his own Second Chance church. “We cannot speak for other churches and how they make decisions. For us, Perry currently does not meet the biblical qualifications of a pastor, teacher, shepherd,” stated NewSpring teaching pastor Clayton King. Noble, who said NewSpring “made the right decision” to fire him, has been working as a church growth consultant. No timeline has been announced for his new church to open.

For the first time in recent history, Pakistan honored a Christian with a state funeral. Ruth Pfau, a German-born nun, spent more than 50 of her 87 years in the majority-Muslim country. Dubbed “Pakistan’s Mother Teresa,” the Catholic physician played an enormous role in controlling the spread of leprosy in her adopted homeland. Born into a Lutheran family before she converted to evangelicalism and then Catholicism, Pfau was inspired to become a doctor after World War II. “Not all of us can prevent a war,” she said, “but most of us can help ease sufferings—of the body and the soul.” 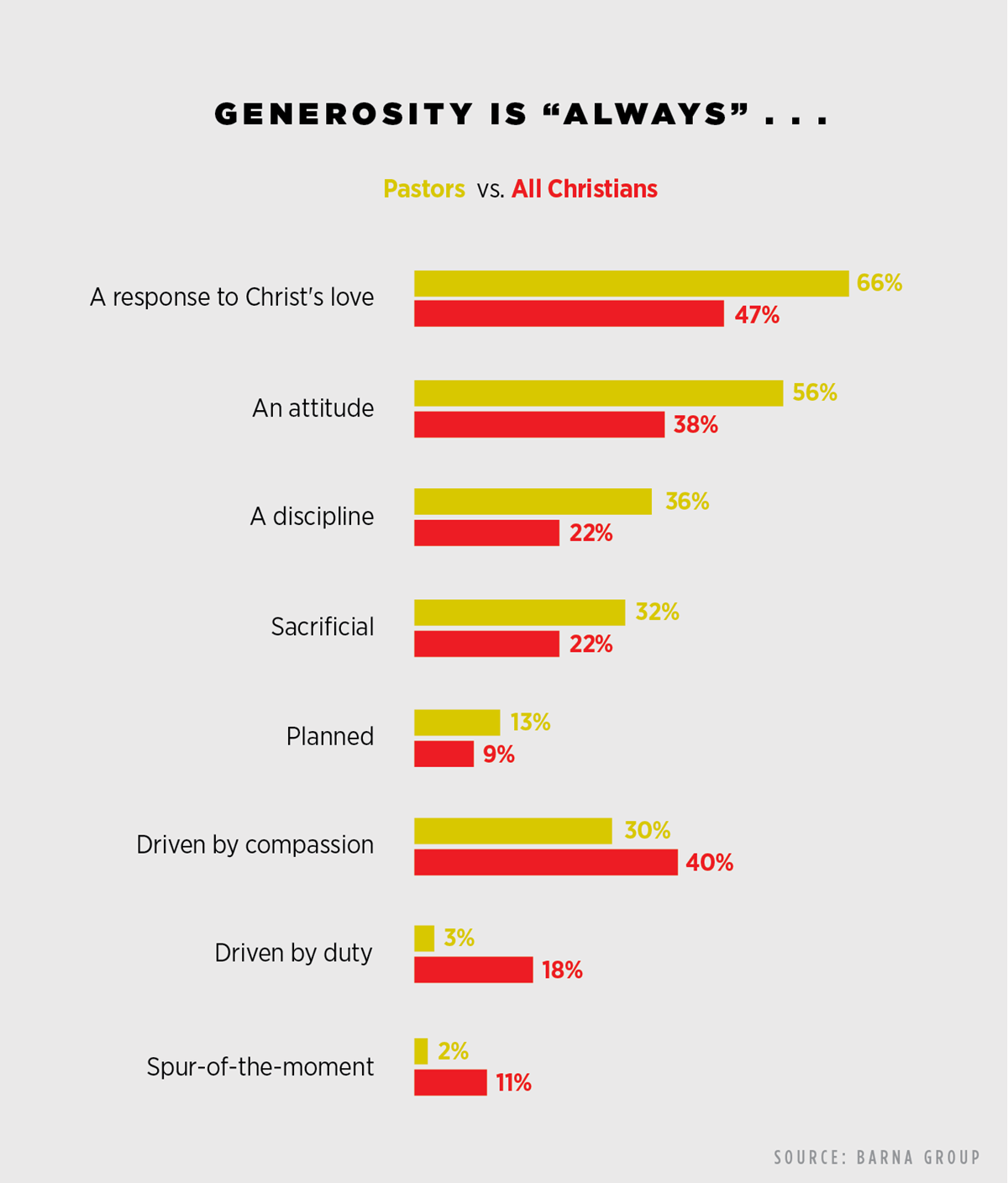