Arise Church leadership said it was going to “listen and learn,” but its senior pastors tried to stop publication of a report on allegations of intern abuse.
David Crampton|August 24, 2022 06:10 AM 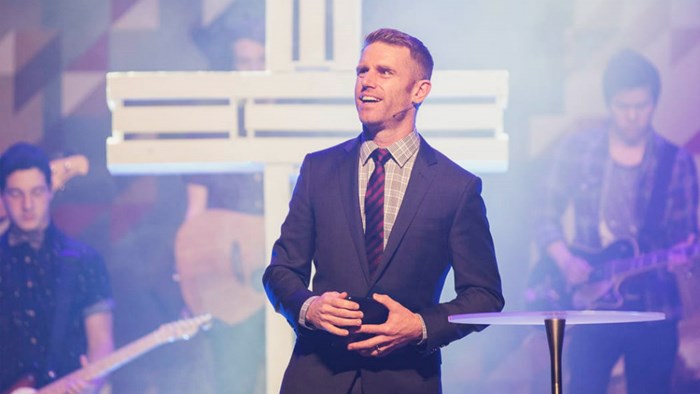 New Zealand’s largest megachurch is being investigated by the country’s Department of Internal Affairs following a damning report that the church commissioned but then refused to release. According to the 49-page report, there were “egregious and systemic” failures in the leadership of Arise Church. The independent review, conducted by Pathfinding, a Christian critical response management company, called for board resignations and new leadership to address widespread problems, including the ill-treatment of volunteers and interns enrolled in the Arise Ministry School.

Interns were reportedly asked to work excessively long hours and do cleaning, driving, babysitting, and gardening for pastors. There were also allegations of sexual harassment, bullying, and manipulation. Pathfinding surveyed 545 current and former members of Arise, a 10,000-member, 13-campus Pentecostal church.

Senior pastor John Cameron, who was also chair of the board and had sole authority to approve new board members, has previously admitted the church “allowed a culture of performance … and this negatively affected Arise Ministry School students.”

When he announced in April that he was “stepping aside from his pastoral duties” and Pathfinding was opening the independent review, he promised that things would change.

“We are going to listen and learn,” Cameron said. “We are open for dialogue, and will be making the organizational changes recommended.”

The following month, Cameron resigned as senior pastor. In July, Pathfinding made 92 recommendations. They ranged from the formation of a Māori group to encourage diversity to an independent review of the church’s finances and pastors’ discretionary spending. Pathfinding also called for resignations, saying the church board “has lost its moral mandate to govern.”

In the future, Pathfinding said, board members should not include Arise pastors so the governing body can more effectively provide oversight.

In the month following the report, however, the board did not resign. It appointed Ben Kendrew, a campus pastor from one of New Zealand’s biggest cities, Christchurch, to take a spot on the governing body. Kendrew is expected to replace Cameron as interim senior pastor later this month.

The board also declined to release the report—despite previous commitments—or publicly say what recommendations had been made.

Before they left, Cameron and his wife, Gillian, placed a legal non-publication order on the report through the Employment Relations Authority. But when the document was leaked to and published by the media last week, the Employment Relations Authority overturned the non-publication order. The report caused an uproar in New Zealand, inside and outside the church.

Former staff member Ivan Wong Kee said on social media it was heartbreaking to know what he and others had dedicated so much of their lives to building.

“Jesus, we repent of our idolatry,” he said. “As a church, we had spiritual pride and put the brand of Arise above the name of Jesus. Not sure if God will allow us to survive this. If he does, then my prayer is that we will do better.

“The survival of Arise would depend on its willingness to change,” he said. “There is, as far as I can see, no room for John Cameron and the board members after their massive level of failures.”

Natasha Weight, general manager of Charities Services, a division of Internal Affairs, announced an investigation into the megachurch on August 18, “in light of recent developments.”

Church leadership did not respond to CT’s requests for comment.

National attention turned to the church earlier this year because of the work of independent journalist and documentarian David Farrier, who, in April, started reporting on the church in his email newsletter Webworm.

Arise is a massive church by New Zealand standards. Founded in 2002 with seven people in a dance and drama studio in Wellington, New Zealand’s capital city, it now employs around 70 staff full-time and 1,470 volunteers. The church is modeled after Hillsong—which has had its own scandals in Australia and the US—and has 13 locations across the country, with an income of $15 million (the equivalent of about $10.4 million USD).

Farrier, 39, has previously reported on online sexual predators, a sports murder scandal, and conspiracy theorists. He has occasionally expressed interest in conservative Christianity in New Zealand, though, recounting his own childhood in a Baptist church and his struggle with his Christian college’s condemnation of his bisexuality.

Today he is an agnostic, but Farrier is quick to point out he’s no stranger to Christianity.

“I was born on Christmas Day and lived in a town called Bethlehem—attending a Christian school. … By the time I was 17, I was made Head Boy,” he said. “I felt proud of the role, and I’d open school assemblies by praying to God.”

Farrier’s reporting on Arise explored allegations of homophobia, sexual assault, and bullying, in addition to practices such as “uplining,” or sharing private information with senior leaders. Farrier relayed large excerpts of former members’ stories of abuse and manipulation.

The reporting was picked up by New Zealand TV, and the church announced in April it was hiring Pathfinding to conduct an independent review.

Frank Ritchie, a Wesleyan Methodist minister and media chaplain, joined Pathfinding’s three-person review team to peer-review the report before publication. This month, he published an extensive reflection on what he thought was theologically and culturally wrong at Arise. Areas of concern, he said, included centralized power, an honor culture, performance culture, and toxic positivity.

“Arise can be a community where all are honoured and their gifts contribute to helping one another grow in Christlikeness as a deep internal journey of formation in Christ through all the ups and downs of life—in the ordinary, everyday journey of living in 21st century Aotearoa New Zealand,” he wrote. “To get there Arise will need to put discipleship and formation in the way of Jesus at the heart of the community. It needs to take precedence over increasing budgets, buildings, attendance or ever more spectacular events.”

Two board members read an apology to the church on August 21, five days after the report was leaked. The statement was silent on the Pathfinding recommendations, however, and rather than speaking to specific actions of church leadership, it focused on how people felt.

“We want to apologize to those who have experienced hurt. We know change needs to happen in many areas. This is our priority for this next season,” said Kylie Fletcher, the current board chair.

Ben Kendrew added, “We have fallen well short, and we apologize for the impact this had on every member of our church.”

There is no set timeline for the Internal Affairs investigation.