Christian Aid Ministries asks for prayer as families of 16 Americans and one Canadian state, “God has given our loved ones the unique opportunity to live out our Lord’s command to love your enemies.”
PIERRE-RICHARD LUXAMA, MATÍAS DELACROIX, and EVENS SANON - The Associated Press|October 22, 2021 06:20 PM 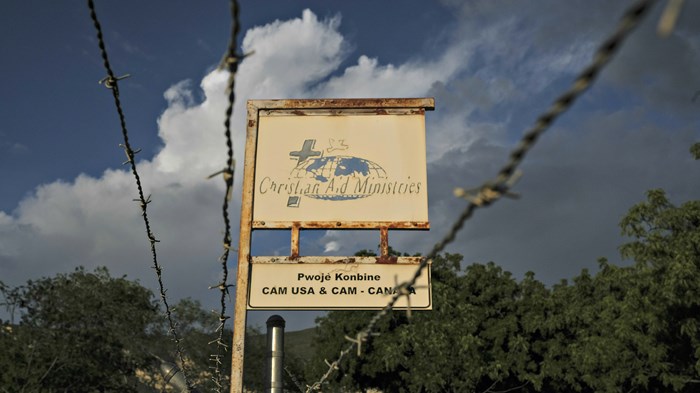 PORT-AU-PRINCE, Haiti — A US religious organization whose 17 members were kidnapped in Haiti asked supporters on Friday to pray and share stories with the victims’ families of how their faith helped them through difficult times as efforts to recover them entered a sixth day.

Ohio-based Christian Aid Ministries issued the statement a day after a video was released showing the leader of the 400 Mawozo gang threatening to kill those abducted if his demands are not met. Haitian officials have said the gang is seeking a $1 million ransom per person, although they said it wasn’t clear if that includes the five children in the group, the youngest being 8 months old.

“You may wonder why our workers chose to live in a difficult and dangerous context, despite the apparent risks,” the organization said. "Before leaving for Haiti, our workers who are now being held hostage expressed a desire to faithfully serve God in Haiti."

The FBI is helping Haitian authorities recover the 16 Americans and one Canadian. A local human rights group said their Haitian driver also was kidnapped.

“Pray that their commitment to God could become even stronger during this difficult experience,” Christian Aid Ministries said.

The video posted on social media shows 400 Mawozo leader Wilson Joseph dressed in a blue suit, carrying a blue hat and wearing a large cross around his neck.

“I swear by thunder that if I don’t get what I’m asking for, I will put a bullet in the heads of these Americans,” he said in the video.

He also threatened Prime Minister Ariel Henry and Haiti’s national police chief as he spoke in front of the open coffins that apparently held several members of his gang who were recently killed.

“You guys make me cry. I cry water. But I’m going to make you guys cry blood,” he said. 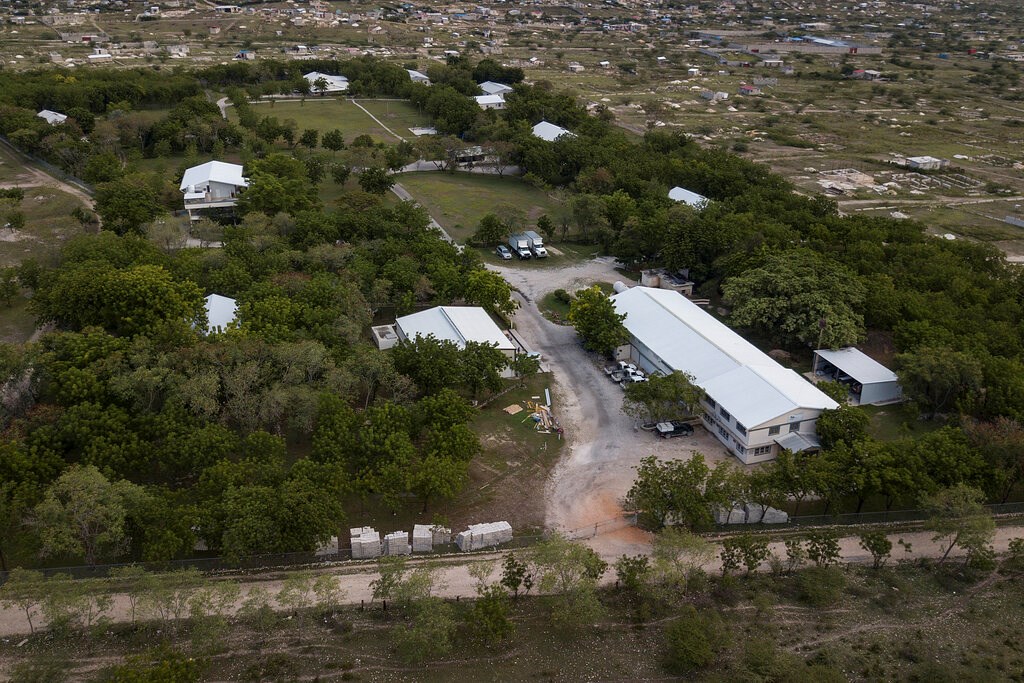 At the White House on Friday, US press secretary Jen Psaki sidestepped questions about whether the Biden administration would look to halt deportations of Haitians to their home country or consider adding a US military presence on the ground in response to the missionaries’ kidnappings.

“We are working around the clock to bring these people home,” she said. “They are US citizens, and there has been targeting over the course of the last few years of US citizens in Haiti and other countries too … for kidnapping for ransom. That is one of the reasons that the State Department issued the warning they did in August about the risk of kidnapping for ransom.”

Psaki spoke a day after a couple hundred protestors shut down one neighborhood in Haiti’s capital to decry the country’s deepening insecurity and lack of fuel blamed on gangs, with some demanding the resignation of Prime Minister Ariel Henry.

The streets of Port-au-Prince were largely quiet and empty on Friday, although hundreds of supporters of Jimmy Cherizier, leader of “G9 Family and Allies,” a federation of nine gangs, marched through the seaside slum of Cité Soleil.

As they marched, the supporters sang and chanted that G9 is not involved in kidnappings. Some of them were carrying high caliber automatic weapons.

“This is the way they are running the country,” Cherizier, who is implicated in several massacres, said as he pointed to trash lining the streets with his assault weapon.

Amid the worsening insecurity, the prime minister’s office announced late Thursday that Léon Charles had resigned as head of Haiti's National Police and was replaced by Frantz Elbé. The newspaper Le Nouvelliste said Elbé was director of the police departments of the South East and Nippes and previously served as general security coordinator at the National Palace when Jocelerme Privert was provisional president.

“We would like for public peace to be restored, that we return to normal life and that we regain our way to democracy,” Henry said. 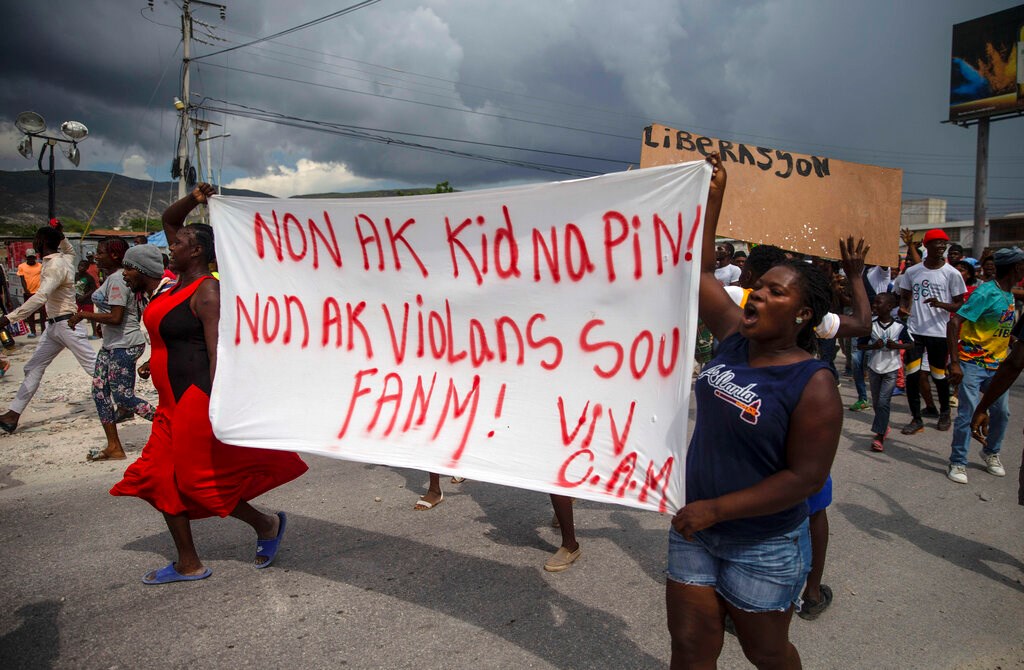 Haitians protest carrying a banner with a message that reads in Creole: "No to kidnappings, no to violence against women ! Long live Christian Aid Ministries," demanding the release of kidnapped missionaries, in Titanyen, north of Port-au-Prince, Haiti, on Tuesday, Oct. 19, 2021.

Weston Showalter, spokesman for the religious group, has said the families of those kidnapped are from Amish, Mennonite, and other conservative Anabaptist communities in Ohio, Michigan, Wisconsin, Tennessee, Pennsylvania, Oregon, and Ontario, Canada. He read a letter from the families, who weren’t identified by name, in which they said, “God has given our loved ones the unique opportunity to live out our Lord’s command to love your enemies.”

The group invited people to join them in prayer for the kidnappers as well as those kidnapped and expressed gratitude for help from “people that are knowledgeable and experienced in dealing with” such situations.

“Pray for these families,” Showalter said. “They are in a difficult spot.”

The organization later issued a statement saying it would not comment on the video “until those directly involved in obtaining the release of the hostages have determined that comments will not jeopardize the safety and well-being of our staff and family members.”

The gang leader’s death threat added to the already intense concern in and around Holmes County, Ohio, where Christian Aid Ministries is based and which has one of the nation’s largest concentrations of Amish, conservative Mennonite, and related groups. Many members of those groups have supported the organization through donations or by volunteering at its warehouse.

“These kinds of things erase some of the boundaries that exist within our circles,” said Marcus Yoder, executive director of the Amish and Mennonite Heritage Center in Millersburg.

“Many people in the community feel helpless, but they also realize the power of prayer and the power of our historic theology,” he said, including the Anabaptist belief in nonresistance to violence.

The same day that the missionaries were kidnapped, a gang also abducted a Haiti university professor, according to a statement that Haiti’s ombudsman-like Office of Citizen Protection issued on Tuesday. It also noted that a Haitian pastor abducted earlier this month has not been released despite a ransom being paid.

“The criminals … operate with complete impunity, attacking all members of society,” the organization said.

UNICEF said Thursday that 71 women and 30 children have been kidnapped so far this year — surpassing the 59 women and 37 children abducted in all of last year. “They represent one third of the 455 kidnappings reported this year,” the agency said.

“Nowhere is safe for children in Haiti anymore,” Jean Gough, UNICEF regional director for Latin America and the Caribbean, said in a statement. “Whether on their way to school, at home or even at church, girls and boys are at risk of being kidnapped anywhere, at any time of the day or night.”

Kidnappers in Haiti usually demand “an exorbitant sum of money” as ransom and “quote unreasonably high amounts, knowing that the family of the hostage will negotiate down,” Dieumeme Noelliste, professor of theological ethics at Denver Seminary, told CT, citing local sources. “Ransoms are normally paid.”

He said while hostages have lost their lives in past kidnappings, in recent incidents gangs “seem to elect not to harm their victims, preferring to wait until a settlement is reached with the hostage’s family and friends.”

Noelliste, who recently advised CT on how Haitian Christians were impacted by the recent earthquake and assassination, has not heard of a “slowdown in missionary activity and presence in Haiti” following the dual crises. Meanwhile, he said, “Haiti has been reeling under this gang violence and the kidnapping problem for months now.

“They have posed violent acts and mayhem even to churches all over the Port-au-Prince metropolitan area. Just a couple of weeks ago, they attacked the iconic first Baptist Church of Port-au-Prince which is located a stone’s throw from the presidential palace, killing one of its deacons and taking his wife hostage,” he told CT. “I serve on the board of one of the leading seminaries in Haiti. The gangs have forced the school to flee its 70-year-old campus. They have been occupying it for months.

“But none of this made the news here [in the US]. This week’s attack makes the news because it is perpetrated against US citizens,” he said. “My hope is that this incident will result in the tackling of a problem that has caused so much suffering to the already stressed Haitian people.”

“The kidnapping of 17 Christian volunteers is a high-profile story,” Edner Jeanty, executive director of the Barnabas Christian Leadership Center, told CT. “It is unfortunate that it is also presented as the kidnapping of American citizens, as if American Christian lives mattered more than lives of Haitian Christians or the life of any human being created in the image of God.”

Noelliste also noted the lack of a “prophetic voice” in Haiti.

“The church, by and large, thought that as long as it had the ‘freedom’ to preach a truncated gospel, it could remain quiet from the political domain,” he told CT. “Yes, it did a lot of work in social services, and this did much good. But the so-called apolitical stance allowed injustice and corruption to permeate the structures, the institutions, and the social systems of the country unchecked.

“Now not even what the church thought it had under wrap—the freedom to operate unrestrained in the spiritual domain—is guaranteed. Christians are afraid to go to church because they fear for their lives.”

1 of 2
An aerial view of Christian Aid Ministries headquarters in Titanyen, Haiti, on Thursday, Oct. 21, 2021.Haitians protest carrying a banner with a message that reads in Creole: "No to kidnappings, no to violence against women ! Long live Christian Aid Ministries," demanding the release of kidnapped missionaries, in Titanyen, north of Port-au-Prince, Haiti, on Tuesday, Oct. 19, 2021.
expand