Suing for Peace: Can Clerics Reconcile Armenia and Azerbaijan Better Than Courts?

One year since the ceasefire in Nagorno-Karabakh, a Russian-led reconciliation summit is the first meeting between spiritual leaders since 2017.
Jayson Casper|October 19, 2021 01:50 PM 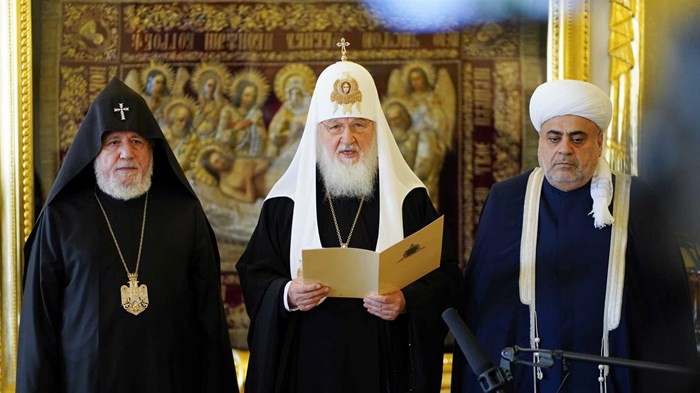 After 17 tries, there is still no peace in Nagorno-Karabakh.

Almost a year ago, Russia brokered a November 2020 ceasefire to end the 44-day war between Azerbaijan and Armenia over the Caucasus mountain enclave. Azerbaijan reclaimed most of its internationally recognized territory occupied since 1994 by ethnic Armenians, who demand independence.

Armenia has been a Christian nation since A.D. 301. Azerbaijan is majority Muslim. But spiritual leaders have been no more successful than politicians or generals at securing reconciliation.

Yet that has not stopped Russian Orthodox Patriarch Kirill I from trying.

“Our religions have a unique peace-making potential,” he stated at last week’s tripartite summit of top clerical leaders. “No matter how difficult Armenian-Azerbaijani relations are at this stage, we believe that it is faith in God, and love, that can help heal the wounds.”

And they are many.

The post–Soviet Union conflict over Nagorno-Karabakh—called Artsakh by Armenians—killed 30,000 people and displaced 1 million. As Azerbaijan recaptured the territory—slightly larger than Rhode Island—last year, another 7,000 were killed. Mutual acrimony has characterized relations, with both sides accusing the other of destroying their religious heritage.

Simply by bringing these leaders together, Kirill achieved a level of success. Standing with Karekin II, the Armenian catholicos on his right, and Allahshukur Pashazade, Azerbaijan’s Grand Mufti of the Caucasus, on his left, he read a joint statement calling for respect for shrines and monuments, resistance to radicalization, and the avoidance of hate speech.

“Religious wars are the most horrible, sinful pages in the religious history of mankind,” said Kirill at his opening greeting. “We are called to preach mercy from God, even when it seems difficult.”

The spiritual representatives of the warring nations agreed.

“It is impossible to call for war and hatred from the religious throne,” said Pashazade, “because the bloody war has brought irreparable harm to both peoples.”

Karekin spoke similarly: “There are no winners in wars, all are defeated.” 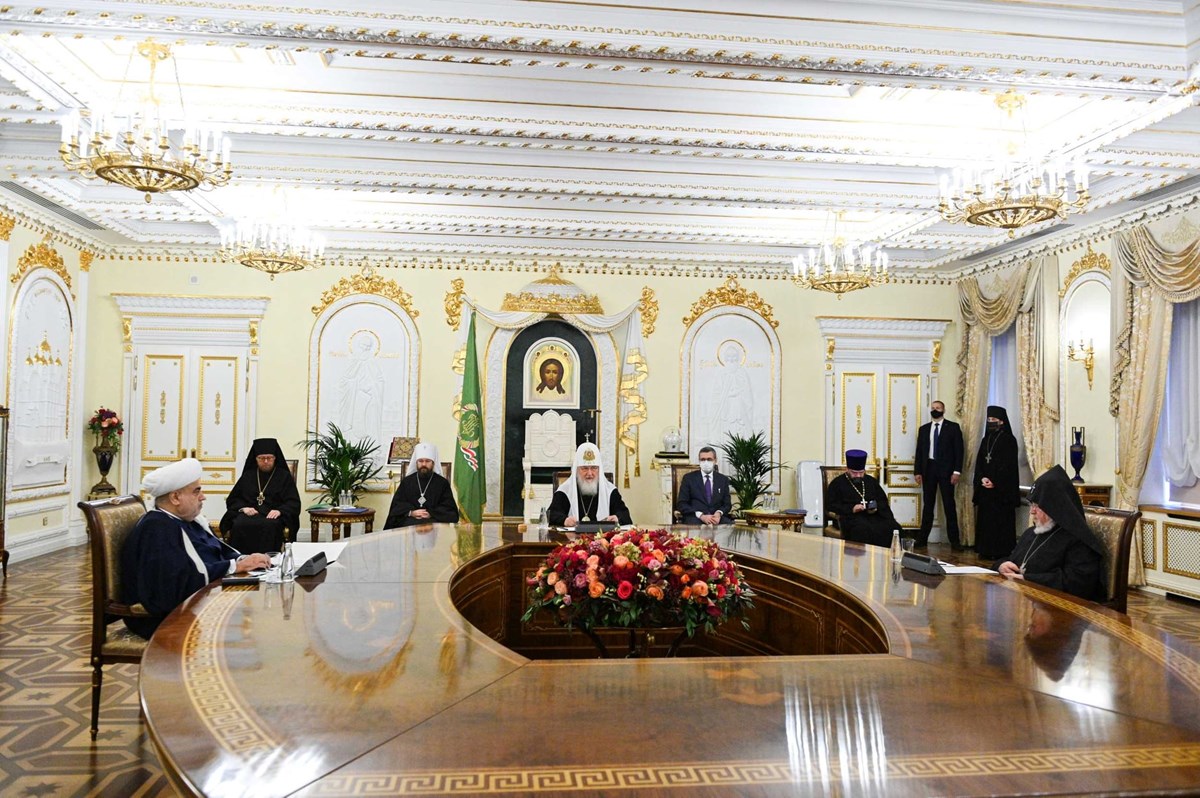 In separate statements following the summit, both leaders also shared some theology. Karekin quoted Luke 2 about peace between men, but also the Quran on the divine intention for diversity. His prayer was for solidarity and mutual understanding.

Pashazade applied to the situation a well-known but contested Islamic interpretation. “The clergy have no right to question the political decisions of the leaders of our states,” he said. “It is our duty before the Almighty God to convey this truth to our peoples.”

Freedom House ranked Azerbaijan “not free” on its 2021 Freedom in the World report, scoring the nation only 10 out of 100. Armenia was ranked “partly free” with a score of 55.

The rest of both clerics’ separate statements was almost wholly political—and partisan.

Azerbaijan’s restoration of territorial integrity was justified according to international law, said Pashazade. He called for a new era of cooperation for the benefit of all citizens but rejected discussion of the Armenian-populated enclave’s political status in the context of interfaith dialogue. He also refused to call the region “Nagorno-Karabakh,” which implies an identity separate from Azerbaijan.

Yet there can be no peace, Karekin stated, until the status of Artsakh Armenians is clarified. The “bloody and catastrophic aggression” can only be made right when Azerbaijan ends its expansionist policy, returns prisoners of war, and respects Armenia’s cultural and religious heritage.

Last month, Armenia filed suit against Azerbaijan at the UN’s International Court of Justice at The Hague, alleging violations of the International Convention on the Elimination of All Forms of Racial Discrimination. A week later, Azerbaijan counter-filed.

Armenia cites alteration of its churches and monasteries, and the prevention of pilgrims from reaching religious sites. Azerbaijan cites the destruction of mosques during Armenia’s three-decade occupation.

The suit will likely take years to reach decision, if it fully proceeds. But each side requested provisional injunctions, which may settle more quickly.

Azerbaijan demands a crackdown on hate groups and a map describing the location of landmines on reclaimed territory. Armenia demands the release of prisoners of war and the closure of the Military Trophies Park in the capital city of Baku, where bullet-ridden helmets are on display along with degrading mannequins of captured Armenian soldiers.

The spiritual summit on October 13 preceded opening arguments at the Hague by a day. October 14 also witnessed a political summit between the three nations’ prime ministers.

On the 15th, Armenia stated in court that Azerbaijan had confirmed the offending exhibits have been removed from the trophy park. And Armenia’s prime minister announced readiness to exchange land mine maps in exchange for releasing remaining prisoners of war.

Whether political achievements or evidence of ongoing prayer, the spiritual leaders did not cede ground. Pashazade denied Azerbaijan holds any prisoners, stating that captive Armenian soldiers are being held for violation of the ceasefire. Karekin, meanwhile, called on Azerbaijan to stop provocations and encroachments on the border.

Both summits were held in Moscow, and as guarantor of the ceasefire, Russia must struggle also with wider regional rivalries. Azerbaijan’s victory was largely achieved through its drone warfare superiority gained in alliance with Turkey and Israel. Iran, allied with Armenia, stated it will not tolerate the presence of the Zionist regime on its borders, and surprise military drills were named after a famous battle of Muhammad against Arabian Jews.

And so into the arena, again, stepped Kirill—focused only on the local.

“The Russian Orthodox Church is praying for the reconciliation of its two friendly nations,” he said. “For the Azerbaijani-Armenian peoples, there is no future other than coexistence.”

Suing for Peace: Can Clerics Reconcile Armenia and Azerbaijan Better Than Courts?

Suing for Peace: Can Clerics Reconcile Armenia and ...