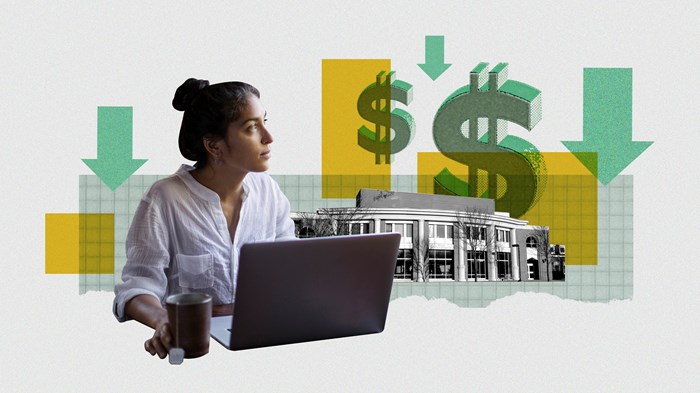 Three Christian colleges are reducing tuition in hopes of attracting more students. The sticker price of an education will go down 25 percent at Seattle Pacific University this fall, 33 percent at Gordon College in Massachusetts, and 53 percent at Houghton College in New York.

Declining college enrollments have created a crisis for evangelical schools, where financial viability is more dependent on tuition payments than on donors or endowments. For members of the Council for Christian Colleges and Universities (CCCU), tuition typically accounts for about 80 percent of revenue.

“Tuition resets” are one bold option to attract more students.

“We wanted to be very clear that a private, deeply Christian high-quality education is an option, even in New York State,” said Houghton president Shirley Mullen.

“We know from our own research that our price has been a consistent barrier to initial interest in Gordon, something students and families who were very interested in Gordon—but chose to go elsewhere, even after depositing—have been telling us for the last several years,” said spokesman Rick Sweeney.

At Seattle Pacific, tuition will be $35,100, down by about $11,600. The new price tag is a little less than the out-of-state tuition at the nearby University of Washington. Jordan Grant, assistant vice president for enrollment operations and student financial services, said prospective students would prefer a Christian liberal arts education but are concerned about affordability.

Seattle Pacific will also be offering two new scholarships. One will match state tuition for high-achieving students, and another will halve tuition for graduates of private Christian high schools.

A reset helps a college avoid the “table sweep,” said Dan Nelson, chief institutional data and research officer at Bethel University in Minnesota, who researches the influence cost has on prospective students’ decisions about where to go to college. Teenagers and their parents will put college brochures on the kitchen table, making different piles based on annual tuition costs. “Then, with a sweep of their arm, they push all the high-priced brochures off the table,” Nelson said.

At the same time, students may actually pay less, Nelson said. Most schools in the United States set high tuition prices but then offer steep discounts. The average discount rate at private nonprofit colleges is a little more than 50 percent, according to the most recent National Association of College and University Business Officers study. The strategy allows admissions departments to offer the discounts that the parents of college-bound seniors have come to expect.

With the tuition reset, the three evangelical schools are also changing their discount rates. Seattle Pacific will reduce its rate by about 10 points, from 60 percent to 50 percent. Gordon will set its new rate below 50 percent. Houghton College is making a more dramatic adjustment, dropping the rate from 56 percent to 15.

Tuition resets may lower costs for individual students, but they’re also an adjustment of the asking price, “so that what the consumer sees is much closer” to the final price, Nelson said. With the rising costs of higher education, growing debt burdens, and ongoing economic concerns, prospective students and their parents may be less interested in discounts and more interested in low prices up front.

“There are a lot of the CCCU institutions that are just not in the financial position to do this,” said John Hawthorne, a recently retired Christian college sociology professor and former chief academic officer.

Gordon decided on a reset after receiving a $75.5 million donation in 2019 that nearly doubled its endowment, which is currently valued at $83 million, according to a school press release. Seattle Pacific grew its endowment by $40.5 million between 2014 and 2018. The school’s endowment was about $110 million in 2018, according to the most recent tax records. Large endowments are unusual at CCCU-affiliated schools. Houghton’s recent fundraising campaign totaled $70 million, of which $41 million went to “access and affordability” funding, a press release said.

“You have some cushion to cover you if it doesn’t work,” he said. “Most resets don’t accomplish the desired goal of strengthening enrollment and net tuition revenue over the long term. … The typical pattern is the first year (fall 2021 in this case) yields an increase in enrollment, but it isn’t sustained, and the college then begins to increase tuition and discounting again.”

Houghton, Gordon, and Seattle Pacific know the risks but see this as an opportunity to attract more students and also make a statement about the cost of Christian education.

“The public challenge of affordability,” Mullen said, “has really underscored for Christian college presidents why it’s so important that we do anything we can to make the affordability of our institutions more obvious.”