Military Ministries Prepare for Potential US Troop Withdrawal From Germany 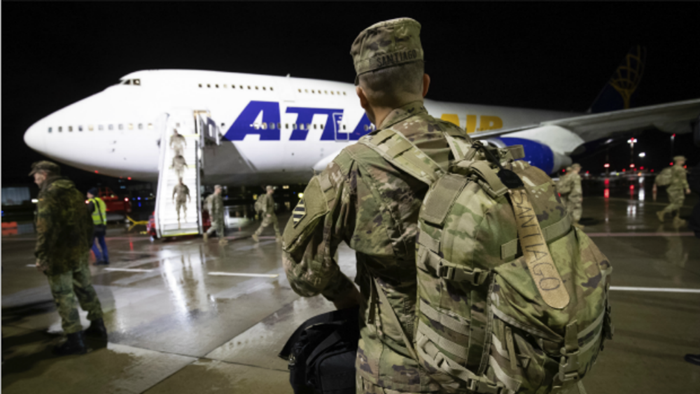 An Assemblies of God church in Heidelberg, Germany lost two-thirds of its worshipping members overnight when a US military base closed. One day in 2015, it was a congregation of 300. The next, 100.

That’s how it goes for ministries serving United States soldiers stationed abroad. “You always have to adapt,” said Kirk Priest, pastor of LIFE Church Heidelberg, a Pentecostal church plant that absorbed the Assemblies of God congregation.

Evangelical churches across Germany are bracing themselves to adapt again as American legislators debate President Donald Trump’s plans to pull about 10,000 troops out of the country. Trump has said Germany, an ally since the Cold War, is not spending enough on national defense and depends too much on American largess and the stability of NATO, the North Atlantic Treaty Organization established for the common defense of Europe in 1949.

The proposed drawdown would reduce the number of US military personnel by about a third. The troops would leave the country, along with military families, civil staff, and some government contractors. That would likely would trigger base closures, as well.

There are, as of yet, no firm details on where the troops might be redeployed, which bases might shuttered, or exactly when this would happen, although the Wall Street Journal reported that Trump has set a September deadline. For now, what is known is that the removal of US soldiers would have an immense impact on Germany—economic, political, and ecclesial.

Faced with this uncertainty, evangelical pastors across the country say they remain “Kingdom minded.” They will work to faithfully minister to their congregations through the transition and keep an eye open for new ministry opportunities as things change.

“We know people are going to come and go,” said Kevin Weaver, CEO and co-founder of The Warrior’s Journey, which supports a network of ministries for military members, veterans, and their families. “Being overseas, you have lots of change. And because of that, people are typically a lot more open to spiritual conversations.”

While some Germans might be happy to see a reduction in American military presence in their country, many of the country’s evangelicals will be sad to see their friends and fellow congregation members go.

There are many evangelical ministries that have grown up around the US military presence in Germany. Since the end of World War II, multiple generations of American military members and their families have made homes in the country and created strong ties with German communities in Bamberg, Baumholder, Darmstadt, Heidelberg, Kaiserlautern, Landstuhl, Wiesbaden, and a dozen other cities.

“The Lord has historically used military ministry to not only touch American lives, but thousands of Germans through church plants and youth ministries,” Priest said. “Wherever there’s a base, a local evangelical ministry has helped provide for a spiritually needy German society.”

Past closures, such as the shutdown of the Heidelberg base and a base in Bamberg in 2014, took a toll on local churches. Lennart Haas, an evangelical in Bamberg, said the church he goes to lost 50 members when the Warner Barracks shut down in the Upper Franconian city.

Stars and Stripes, the military’s independent newspaper, reported that two posts west of Frankfurt am Main might be targets for closure, if Trump’s proposed troop withdrawal becomes a reality. Both are home to multiple churches—Baptist, New Apostolic, and non-denominational—with American members. But some pastors are hesitant to speculate about which bases might close this time, and when and where troops will move.

“I cannot confirm or deny any troop movements in Germany,” said Matt Leighty, who served in the Air Force and is one of the lead pastors at Stuttgart Missional Community Church. His church reaches out to the more than 20,000 US military personnel, civilians, and family members in the area, so a withdrawal could have a serious impact on his community.

Others are less concerned. At Rhema Café, an Assemblies of God mission in Landstuhl near Kaiserslautern, pastor Timothy Carentz Sr. feels the troop movements won’t really change anything.

“Even if we lost 50,000 troops, I’m not sure we’d even notice,” he said. “Our area will not really be affected. We’re building up here—there’s a strong NATO community in Kaiserslautern.”

If and when change does come, it’s not necessarily a bad thing for evangelical ministries. Weaver said that when The Warrior’s Journey starts to field phone calls from its network of German ministries in the coming months, it will work to help pastors and churches “embrace the change.” He knows those challenges from his own time as pastor of a church in Panama when the US military pulled out of that country completely in 1999. His experience taught him that movements, drawdowns, or closures in military ministry are “good problems” that create new opportunities for ministry.

Priest, who is the Central Europe area director for the Assemblies of God World Mission, is taking a similar approach. He has one eye on the possible expansion of military presence in Poland, based on some things that Trump has said. Currently, US soldiers in Poland are on “unaccompanied orders,” which means their families are not with them.

“Soldiers can be quite lonely and isolated. It’s a great opportunity for ministry,” Priest said. “I am actively praying for a missionary to go there.”

Whether troop movements open new fields for ministry or new hearts to hear the Gospel, the evangelical ministers think their mission stays the same.

“If the troop movements happen, we’re going to keep a ‘Kingdom mindset’ and find the next place to minister,” Priest said. “That might be Poland, that might be somewhere else. Wherever, we’ll find a way to deploy.”

Military Ministries Prepare for Potential US Troop Withdrawal From Germany