Independent investigation found at least six victims were coerced into sex by the celebrated Catholic leader, who died last year.
SYLVIE CORBET in Paris – AP|February 22, 2020 10:03 AM 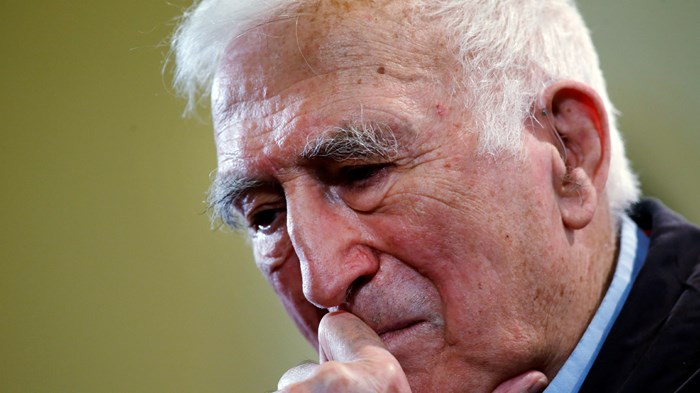 L’Arche founder Jean Vanier, who helped improve conditions for the developmentally disabled in multiple countries over half a century, sexually abused at least six women, a report produced for his French-based charity has found.

According to the report released by L’Arche International Saturday, the women’s descriptions provide evidence enough to show that Vanier engaged in “manipulative sexual relationships” over a period from 1970 to 2005, usually with a “psychological hold” over the alleged victims. Vanier, a respected Catholic figure and Canadian, died last year at age 90.

“The alleged victims felt deprived of their free will and so the sexual activity was coerced or took place under coercive conditions,” the report said. It did not rule out potential other victims.

None of the women was disabled, a significant point given the Vatican has long sought to portray any sexual relationship between religious leaders and other adults as consensual unless there was clear evidence of disability. The #MeToo and #ChurchToo movements, however, have forced a recognition that power imbalances such as those in spiritual relationships can breed abuse.

During the inquiry, commissioned by L’Arche last year and carried out by the independent, UK-based GCPS Consulting group, six adult, non-disabled women said Vanier had engaged in sexual relations with them as they were seeking spiritual direction.

According to the report, the women, who have no links to each other, reported similar facts and Vanier’s sexual misconduct was often associated with alleged “spiritual and mystical justifications.”

A statement released by L’Arche France Saturday stressed that some women still have “deep wounds.”

The report noted similarities with the pattern of abuse of Thomas Philippe, a Catholic priest Vanier called his “spiritual father.” Philippe, who died in 1993, has been accused of sexual abuse by several women.

A statement from L’Arche International said analysis of archives shows that Vanier “adopted some of Father Thomas Philippe’s deviant theories and practices.” Philippe was banned from exercising any public or private ministry in a trial led by the Catholic Church in 1956 for his theories and the sexual practices that stemmed from them.

In a letter to the charity members, the Leaders of L’Arche International, Stephan Posner and Stacy Cates Carney, told of their shock at the news, and condemned Vanier’s actions.

“For many of us, Jean was one of the people we loved and respected the most. ... While the considerable good he did throughout his life is not in question, we will nevertheless have to mourn a certain image we may have had of Jean and of the origins of L’Arche,” they wrote.

The report included quotes from women describing how Vanier allegedly reframed sexual acts as an extension of his spiritual direction, with lines such as, “This is not us, this is Mary and Jesus,” and “It is Jesus who loves you through me.”

Vanier worked as a Canadian navy officer and professor before turning to charity work. A visit to a psychiatric facility prompted him to found the charity L’Arche in 1964 as an alternative living environment where those with developmental disabilities could be full-fledged participants in the community instead of patients.

The charity now has facilities in 38 countries that are home to thousands of people both with and without disabilities.

Vanier, who was unmarried, also traveled the world to encourage dialogue across religions, and was awarded the 2015 Templeton Prize for spiritual work, as well as France’s Legion of Honor. He was the subject of a documentary shown at the 2017 Cannes Film Festival called “Jean Vanier, the Sacrament of Tenderness.”

The allegations against Vanier reveal a major gap in the Catholic Church’s handling of sex abuse allegations to date: Because he was a layman, he was exempt from the Vatican’s in-house sanctioning procedures for abuse, which only cover priests, bishops and cardinals. For these offenders, the worst penalty the Vatican can impose is defrocking — essentially, making the priests laymen again.

A similar case concerned the lay leader of a Peru-based organization, Sodalicio, who escaped Vatican justice for years even though there were credible allegations of sexual, physical and psychological abuse against him. The Vatican finally ordered him to live in isolation from his followers, a penalty that drew scorn from his victims given that it amounted to an all-expense-paid retirement in Rome.

Nicole Winfield in Rome contributed to this story.