NAE president: “It’s important to speak biblically and thoughtfully when so many are shouting for attention.”
Kate Shellnutt|February 1, 2019 09:47 AM 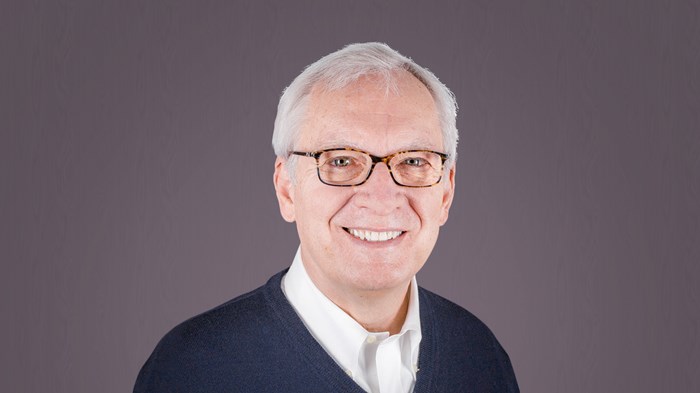 Image: JeffreyGrounds Photography / Courtesy of the National Association of Evangelicals

As National Association of Evangelicals (NAE) president Leith Anderson announces his retirement after 13 years at the helm of the organization, the outgoing leader cautioned against politics taking over perceptions of the movement.

“Bringing together evangelicals based on our shared faith in the Bible and Jesus Christ is my greatest joy at NAE,” said Anderson, who will step down from the NAE, which represents 40,000 churches and millions of believers, at the end of 2019. “Some try to define evangelicals by politics. That is a big mistake. We are defined by our faith.”

In recent years, the NAE president spoke up in new debates that arose during President Donald Trump’s campaign over the use of the label evangelical that has defined the organization throughout its history.

“Recognizing the divisive polarization in current culture, NAE has focused on the design of our founders 75 years ago,” he told CT. “We were started to be a biblical voice between those on extremes. It’s important to speak biblically and thoughtfully when so many are shouting for attention.”

During his tenure, Anderson led efforts to engage American evangelicals around poverty relief, prison reform, and immigration, among other issues, bringing together leaders from 40 denominations and top evangelical institutions across the board around their shared convictions.

“It isn’t easy to lead evangelicals, and it is impossible over the long haul unless that leader is a servant leader,” said Johnnie Moore, founder of the Kairos Company and a member of the NAE’s board of directors.

“I’ve watched for more than a decade how Leith Anderson has served every end of evangelicalism with wisdom, sensitivity, theological conviction, patience, and care,” said Moore. “And he has consistently done so in some incredibly complex and difficult moments.”

The former pastor of Wooddale Church, a megachurch in Eden Prairie, Minnesota, Anderson has been NAE president since 2006, as well as two earlier stints as interim president. He assumed leadership after previous president Ted Haggard resigned in the midst of his sex scandal, and was also credited with saving the organization from financial downfall by stepping in from 2001 to 2003.

The NAE, announcing Anderson’s retirement plans on Friday, described his role as “a key leadership position for the NAE and the larger evangelical community,” and said a search team and the board of directors plans to pick his successor by the time he retires at the end of the year.

“Leith brought (and continues to bring) essential and steady leadership in a time of great tumult in evangelicalism and in broader culture,” said Ed Stetzer, executive director of the Billy Graham Center at Wheaton College. “I am deeply thankful for his steady hand in these confusing times.”

In 2016, Stetzer and Anderson together debuted a new research method aimed at overcoming political stereotypes about American evangelicals. At CT they wrote, “We think there is a more coherent and consistent way to understand who evangelicals are—one based on what evangelicals believe.”

Over the past couple decades, Anderson watched the country’s largest Protestant affiliation rise to record levels, especially among growing immigrant populations in the US.

In an interview with CT in 2007, the then-new NAE president spoke about his hope that the NAE would become more involved in immigration issues. Anderson has gone on to join the Evangelical Immigration Table, a cohort of Christian leaders advocating for reform and justice; meanwhile, the NAE’s humanitarian arm, World Relief, has served as a major US agency resettling and caring for refugees.

“In 2007, I really thought there was hope for a quick fix. I’m disappointed that we’re not there yet,” he told CT this week. “We keep praying and working for yesterday’s hope to become today’s resolution.”

The NAE is accepting nominations and applications for Anderson’s successor at NAE.net/presidentsearch.

Looking forward, Anderson said, “My prayer is for evangelicals to be known for the good news of Jesus Christ. While we should engage in our culture and in the public square, it should be with biblical values of love, justice for the poor and vulnerable, evangelism, and discipleship. I pray for evangelicals to be the best representatives of Jesus, glorifying God and caring for others.”