One Body, Many Parts: The Crucial Role of the ‘Faith-Based FEMA’ After Florence

Working alongside government agencies, Christian volunteers aid hurricane victims based on what each denomination does best.
Bobby Ross Jr. |September 19, 2018 08:05 AM 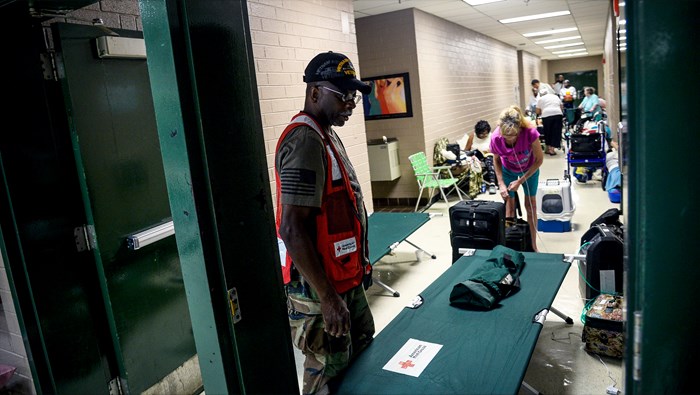 For years, Ed and Marian Stinnette have served as the hands and feet of Jesus in disaster zones, helping victims recover from devastating storms such as Hurricane Katrina in 2005.

Convoy of Hope, a Springfield, Missouri-based nondenominational Christian organization, is partnering with Port City Community Church to distribute supplies from the church’s campus in Wilmington, North Carolina. As a result of Florence’s epic deluge, that hard-hit city became an island shut off from much of the world.

The Port City church also is teaming with Samaritan’s Purse, an evangelical humanitarian aid organization headquartered in Boone, North Carolina, to help Florence victims all over the deluged state. At least 37 people in three states have died, including 27 in North Carolina, as a result of the powerful Category 4 hurricane.

“Right now, we are focused on the cleanup stage,” Todd Taylor, program manager of US disaster relief for Samaritan's Purse, said from the charity’s New Bern command center. “That includes cutting trees, tarping roofs with blue plastic to prevent further roof damage and leaking, removing contents out of flooded homes as well as removing Sheetrock and flooring, and trying to get those homes that have been affected by flooding rebuild-ready.”

Even as President Donald Trump dispatches what the White House describes as a “massive federal response” to Florence, the so-called “faith-based FEMA” is already out in force—from Mennonite chainsaw crews to Southern Baptist feeding teams to Seventh-day Adventist warehousing experts adept at collecting, organizing, and logging relief supplies.

The coordinated response is no accident.

It’s by design—part of an umbrella group of 65 faith-based agencies and secular charities called the National Voluntary Organizations Active in Disaster (National VOAD).

“What a disaster does is actually creates an environment where people of various faith walks come together to help their community and their neighbor,” said Gregory Forrester, president and CEO of National VOAD. “From a faith side, I’ve never seen churches work so well together than after a disaster.”

“I'd say it's among the least controversial areas of government-religion interaction," said Tuttle, who has studied how the government integrates faith-based groups during disaster response.

VOAD formed nearly five decades ago after Hurricane Camille, a Category 5 storm that hit the Gulf Coast in 1969. Up until then, numerous government agencies and religious and secular nonprofits all acted independently of one another, resulting in haphazard help to victims, as Christianity Todaypreviously has reported.

“The VOAD movement is built on advancing the four C’s: cooperation, communication, coordination, and collaboration,” said Jim Kirk, who manages the national response team for Presbyterian Disaster Assistance, based in Louisville, Kentucky. “Obviously, when we practice the four C’s well, we’re able to get the most help to the most people in the most effective way possible.”

Kirk likens the VOAD approach to the of the church as one body with many parts.

Meanwhile, the United Methodist Committee on Relief (UMCOR) has built a niche in case management—guiding victims through the maze of steps and paperwork required by government aid programs and private insurance.

“They empower survivors to lead their own way out of recovery,” spokesman Dan Curran said of UMCOR’s staff and volunteers. “They advocate for them with the different programs. They connect them with services they made need. … They basically teach survivors how to navigate the system so they can get back on their feet and start to lead the new normal.”

Denominations typically have local churches in disaster areas, which gives them an immediate head start on FEMA, Forrester said.

“What I like to say,” the VOAD president added, “is that we have hard assets in every community in the nation. … The churches are already doing what churches do best, which is to take care of people. They already facilities with kitchens and ways to shelter people.”

In the past, even though churches were on the front lines of disaster relief, they did not qualify for federal aid themselves, said Daniel Blomberg, an attorney with Becket, a leading legal group that defends religious liberty. But after Hurricane Harvey last year, three congregations sued in Harvest Family Church v. FEMA, challenging the federal policy as religious discrimination.

Earlier this year, FEMA revised its policies to make churches eligible for federal assistance following a disaster. The agency cited last year’s major US Supreme Court ruling in Trinity Lutheran Church of Columbia v. Comer, in which the high court decided that a church could not be deemed ineligible for a public benefit (in that case, grant funding to resurface a playground) solely due to its religious nature. CT’s Church Law and Taxexplains how the new rules work.

“At a practical level, you’re still dealing with the government. You’re still facing red tape,” Blomberg, back home in Charleston, South Carolina, after evacuating to Florida before Florence’s arrival, said of damaged churches applying for aid. “But before, you never got to the red tape. The door was completely slammed in the face of the church. … So it’s a good thing that the churches can now get a fair shake.”

One Body, Many Parts: The Crucial Role of the ‘Faith-Based FEMA’ After Florence

One Body, Many Parts: The Crucial Role of the ...