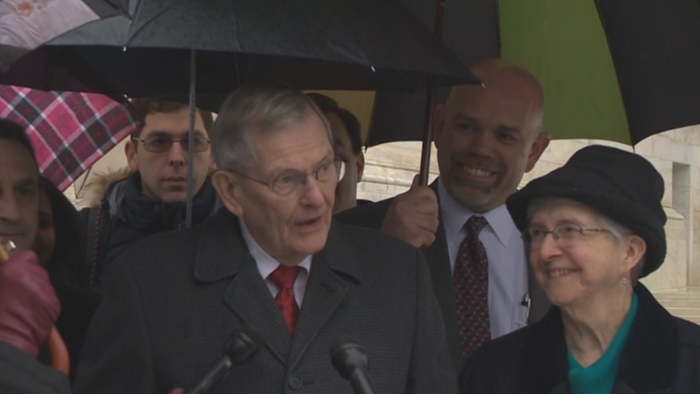 In another unanimous victory for religious freedom, the US Supreme Court has ruled that a small Arizona church may post signs without interference from its local government.

Good News Community Church has about 30 members and meets in a senior center in a Phoenix suburb. It ran into trouble when Gilbert, which claims to be America's largest town, began enforcing policies in 2005 that restricted the size, location, number, and duration of signs advertising events. 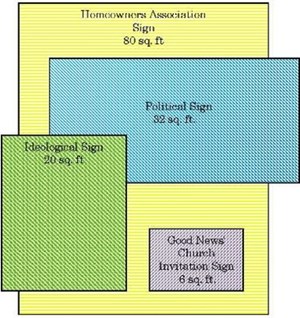 Good News pastor Clyde Reed sued the town. After the US Court of Appeals for the Ninth Circuit sided with Gilbert, Good News’ attorneys from the Alliance Defending Freedom (ADF) appealed to the Supreme Court.

Gilbert attorneys argued that the policy wasn’t discriminatory because churches were not treated differently than other non-commercial groups, but they weren’t convincing enough for the high court.

“Innocent motives do not eliminate the danger of censorship presented by a facially content-based statute, as future government officials may one day wield such statutes to suppress disfavored speech,” Justice Clarence Thomas wrote for the court. He continued:

Approximately a decade ago, in an attempt to expand opportunities for signage along the right of way, Gilbert amended its regulations but provided for several limitations that the Town viewed as reasonable and necessary to further the interest of the public. Today, the Supreme Court provided guidance to all local, state and federal agencies to review how they regulate signs. Gilbert looks forward to the opportunity to review its own regulations to make necessary changes consistent with the Supreme Court’s decision and welcomes the opportunity for dialogue concerning the future of signage in the public’s right of way, including state mandated political signage.

The town said that ideological, political, or homeowners association signs were exempt from the policies. Ideological signs could be displayed indefinitely, while church signs could be up for no more than 14 hours.

Both political and ideological signs were unlimited in number, while a church could post just four signs per property. And homeowners association signs could be up to 80 square feet, while church signs could only be six square feet.

“Speech discrimination is wrong regardless of whether the government intended to violate the First Amendment or not, and it doesn’t matter if the government thinks its discrimination was well-intended,” said ADF attorney David Cortman. “It’s still government playing favorites, and that’s unconstitutional, as the Supreme Court today found.”

“Gilbert had taken a page from George Orwell’s Animal Farm, saying that all citizens were equal, but that politicians were ‘more equal’ than everyone else,” said Eric Rassbach, deputy general counsel at the Becket Fund for Religious Liberty, which filed an amicus curiae brief. “The Supreme Court rightly decided that churches and other religious speakers should not be treated like second-class citizens.”

Though the Supreme Court voted 9-0 in favor of Reed, Religion Clause noted how justices filed a number of concurring opinions. Justice Elena Kagan, joined by Ruth Bader Ginsburg and Stephen G. Breyer, wrote that while Gilbert's defense of its sign ordinance "does not pass strict scrutiny, or intermediate scrutiny, or even the laugh test," the court did not need to decide that strict scrutiny applied in the case. "I suspect this Court and others will regret the majority’s insistence today on answering that question in the affirmative," she wrote. "As the years go by, courts will discover that thousands of towns have such ordinances, many of them “entirely reasonable.”

This is not the first time that Christians have clashed with local officials in Gilbert. In 2009, one resident was ordered to cease and desist church meetings in his home which violated the city's zoning code. The city council revised the code the following March to allow the meetings.

CT also reported on one Gilbert resident who turned his family's decades-old farm into a thriving mixed-use community.

CT’s coverage of Supreme Court rulings includes the court’s refusal to consider the asylum request of a German homeschooling family, its decision to allow Christian prayers at government meetings, and its Hobby Lobby ruling that companies don’t have to provide birth control that contradicts the owners’ religious beliefs. The court is expected to hand down a ruling by the end of this month on whether states are required to recognize same-sex marriage.