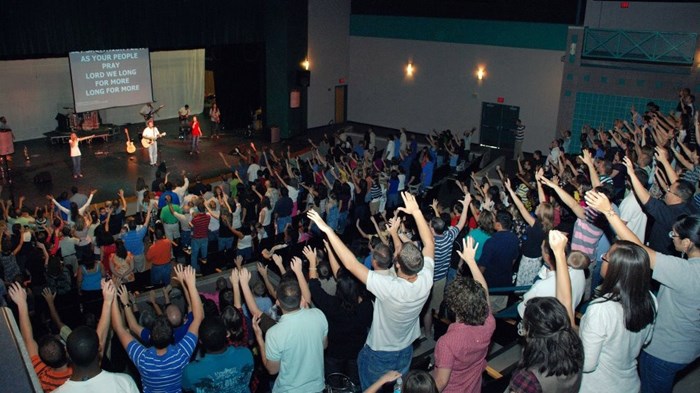 Update (Apr. 8): Faith Christian Church, a controversial Arizona church accused by former members of being a cult, has resigned from the Evangelical Council for Financial Accountability (ECFA). The resignation was voluntary, according to the ECFA website.

The religious council of the University of Arizona unanimously voted to ban three clubs affiliated with Faith Christian Church, a ministry that some former members have described as a cult.

“The number, seriousness, and pattern of red flags raised compel URC members to no longer believe that Faith Christian Church and its affiliates operate at the highest level of integrity, transparency, safety for students, and respect for students, standards required for URC membership,” said the University Religious Council. “This has come to light via numerous letters and testimonies recently sent to URC members which have brought to a head historic and current concerns related to the campus activities of Faith Christian Church and its affiliates.”

The Faith Christian clubs remain official clubs at the University of Arizona, but since they are no longer part of the URC, their revoked status will be listed inside an orientation directory for students, along with a list of warning signs for "religious practices gone awry," URC treasurer Michelle Blumenberg told the Arizona Daily Star. She also told the newspaper that Faith Christian and its clubs will be the only groups on that list.

In a 5,000 word report from the Daily Star published in March, parents of attendees and former attendees of Faith Christian blame the church for creating distance between family members, having questionable financial practices, and encouraging infant spanking.

Based in Tucson, Faith Christian formerly belonged to the Florida-based umbrella group Maranatha Christian Ministries (MCM), the subject of a 1984 CT report investigating its controlling leadership practices. Maranatha’s “shepherding” strategy meant that young pastors—some in their early 20s—would receive a “word from the Lord” about the lives of their flock. Some dictated whether a member could go home for a weekend or switch jobs. Members weren’t allowed to date, and couldn’t marry without approval from the pastor. Former members reported fearing retribution from God if they left the group.

As of early April, Faith Christian was a member in good standing in the Evangelical Council for Financial Accountability (ECFA). Dan Busby, ECFA president, defended the financial practices of Faith Christian to the Star.

“The questions you have raised, compared to what we know about the church, does not give rise to a sensational story about the church,” Busby wrote in an email to the Star. “It is so easy for disgruntled folks who used to relate to a particular church to cast aspersions and create negative perceptions about churches that are doing good work.”

The ECFA has since stated it is “working to ascertain if, in fact, any complaint expressed from former church members falls within the scope of our seven standards.” It explained:

ECFA evaluates and accredits ministry organizations, including churches, only with regard to their compliance with our Seven Standards of Responsible Stewardship. Occasionally we are presented with complaints or accusations about a member organization and while we do not automatically dismiss such concerns, the scope of our investigative authority and purview is, according to our bylaws, necessarily limited to issues directly related to these seven standards.

A Florida church with ties to Faith Christian has also received scrutiny in the media.

Bill Cooper, pastor of Cornerstone Christian Church in Tampa, defended his church and its college ministry after questions were raised by the Tampa Bay Tribune.

“It’s sad that there is anybody out there that feels hurt by us or anything we’ve done,” Cooper told the Tribune. “Our intention is to love God and love people and try to help them any way we can. If there are people out there that have something that has bothered them, we’re open to hearing them and getting it right.”

Currently, Faith Christian has affiliates at six universities, where it recruits new members. Campus ministers raise support from their social networks and transfer their funds to a nonprofit subsidiary of Faith Christian. (Some members told the Star that they recouped as little as $400 per month of fundraising.) In turn, Faith Christian gives them back a portion of what they raise, a process Busby referred to as a “legitimate approach” that is “often referred to as deputized support.”

Members are expected to tithe at least 10 percent of their income; those who do not give were disciplined, some former members told the Star.

Busby said that requiring tithes was “very common in the evangelical world.” He also shot down suggestions from critics that the lack of seminary training among the church’s leadership was problematic.

“To take the position that only seminary-trained individuals are qualified to pastor would be tantamount to suggesting that tens of thousands of pastors across the US are unqualified,” he told the Star.

According to a 2013 financial report, Faith Christian took in $1 million through tithes and offerings in 2013 and $880,203 in contributions as income. It paid out $848,435 in salaries and benefits, and has $5 million in assets, the Starfound.

In addition to accrediting evangelical nonprofits and churches, ECFA has monitored the ongoing lawsuits on clergy housing tax breaks, endorsed striking down a ban on pastor political endorsemennts, and annually examines where evangelicals donate their dollars.