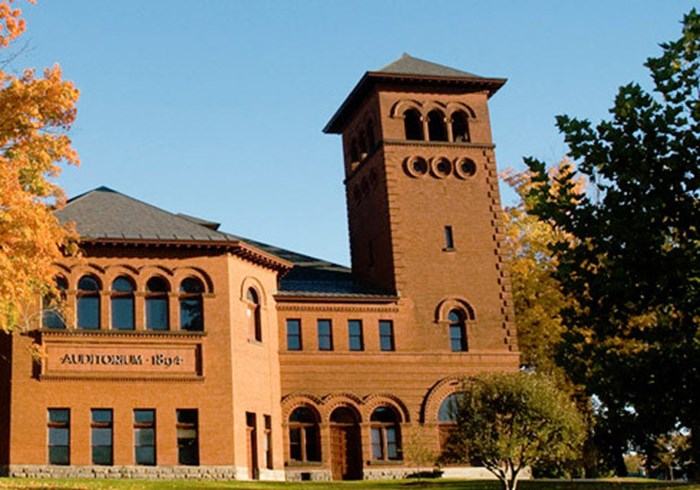 Hobby Lobby Stores founder David Green is already the world's largest evangelical giver. Now, Green is giving away something other than money: a 217-acre college campus.

Steven Green, Hobby Lobby's president, said in a phone interview that the family selected GCU because of the school's capacity to grow the campus and maintain its legacy.

"We were looking for somebody that had a Christian orthodoxy in line with what D.L. Moody himself would appreciate," Green said.

Brian Mueller, GCU president and CEO, says the campus represents a humbling opportunity for GCU, which hopes to open the campus for student enrollment beginning in fall 2014. Although the school will need to invest significantly in order to bring the campus buildings up to code and construct additional dormitories, the biggest challenge lies in establishing the GCU brand among Northeasterners.

"The legacy of this place—with D.L. Moody founding it, its heritage as a Christian institution—those are big shoes to fill," he said.

Evangelist D.L. Moody built the campus in 1879. Hobby Lobby and the Green family acquired the Northfield campus after it was put up for sale in 2009. The original plan to to establish a "great books" college through the C.S. Lewis Foundation fell through in 2011, after foundation failed to raise sufficient funds for the project.

Earlier this year, Hobby Lobby announced its plan to gift the campus to a Christian institution with the financial means to support the campus. In June, Hobby Lobby selected its two finalists, GCU and Southern Baptist Convention's North American Mission Board.

However, Green said NAMB's interest in the campus was not as robust as GCU's interest. NAMB actually withdrew itself from consideration, according to a statement on NAMB's website, though NAMB could not be reached for comment on Friday.

GCU is unique among Christian schools in that it is for profit, running primarily on investments rather than tuition and donations. GCU made the switch from a non-profit model after it ran up $20 million in debt and otherwise would have had to close down its Phoenix campus, Mueller said.

Instead, GCU drew up a business model and sought investors. The combination of a for-profit model and a commitment to Christian higher education has produced tremendous efficiency and growth, allowing GCU to keep tuition low—only $16,500 per year. After scholarships, though, the average student pays around $7,800, Mueller said.

"I've been dreaming over the years of a lower-cost Christian model, and the benchmark was the idea of a Christian college in every region which would be as cheap and as inexpensive as the state university in that region," he said. "It's quite rare; what Grand Canyon is doing is innovative."

To receive the campus from Hobby Lobby, though, GCU had to re-establish a non-profit, 501(c)3 arm. That charity, Scholarships for GCU Students, will help to further offset tuition and other costs.Still, there may be some advantages in GCU's identity as a for-profit school that fills a need for a Christian education at a public-school price, Green said.

And that's what GCU is banking on when it comes to establishing itself in the Northeast region, Mueller said. Because GCU cannot compete with other well-established schools such as Harvard University or Amherst College, it will seek to distinguish itself in other ways.

"We want this campus to be known as a private Christian university that is accessible to all socio-economic classes of Americans," Mueller said. "We want students who are good students and really want to experience a Christian university to consider this a place they can come regardless of whether or not their parents make a lot of money."

Green said has no plans to remain highly involved in the campus. Instead, he says he hopes to return to the campus one day and see it "vibrant with activity."

"I would hope … that kids [will come] here from all over the place and [get] a strong Christian education with a strong biblical worldview that will have an impact D.L. Moody would have envisioned," he said.