When did ministry simply become a tool for marketing?
Url Scaramanga

On September 21-22, Steven Furtick preached for 24 hours for an online audience of thousands. The senior pastor of Elevation Church in Charlotte, North Carolina, focused his hermeneutic marathon on the topic of "audacious faith." And it's not a coincidence that audacious faith is also the theme of his new book, Sun Stand Still: What Happens When You Dare to Ask God for the Impossible, which debuted the same day.

In a report at The Christian Post Furtick initially stressed that the online preaching marathon was not a gimmick. "he acknowledged he wasn't a TV preacher or ‘the LaBron James of pastors.'" But the report's next paragraph says:

Responding to criticisms that he was merely "pimping" his book all day, Furtick admitted he was. But he said he was doing it because he truly believes the message – God's message – in the book will change people's lives.

Furtick, who says he was reluctant to write a book, came to the attention of many about five years ago when he planted Elevation Church in ...

Book of the Year
Apathy Used to Be a Virtue. But It’s Our Culture’s Hidden Vice.
How acedia became the enemy of our souls.
Uche Anizor
Editor's Pick 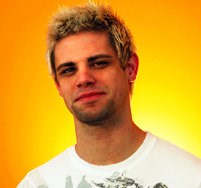