FACT: The Moravian Community of Herrnhut in Saxony, in 1727, commenced a round-the-clock “prayer watch” that continued nonstop for over a hundred years.

FACT: By 1791, 65 years after commencement of that prayer vigil, the small Moravian community had sent 300 missionaries to the ends of the earth.

Could it be that there is some relationship between those two facts? Is fervent intercession a basic component in world evangelization? The answer to both questions is surely an unqualified “yes.”

That heroic eighteenth-century evangelization thrust of the Moravians has not received the attention it deserves. But even less heralded than their missionary exploits is that hundred-year prayer meeting that sustained the fires of evangelism.

During its first five years of existence the Herrnhut settlement showed few signs of spiritual power. By the beginning of 1727 the community of about three hundred people was wracked by dissension and bickering. An unlikely site for revival!

Zinzendorf and others, however, covenanted to prayer and labor for revival. On May 12 revival came. Christians were aglow with new life and power, dissension vanished and unbelievers were converted.

Looking back to that day and the four glorious months that followed, Zinzendorf later recalled: “The whole place represented truly a visible habitation of God among men.”

A spirit of prayer was immediately evident in the fellowship and continued throughout that “golden summer of 1727,” as the Moravians came to designate the period. On August 27 of that year twenty-four men and twenty-four women covenanted to spend one hour each day in scheduled prayer.

Some others enlisted in the “hourly intercession.”

“For over a hundred years the members of the Moravian Church all shared in the ‘hourly intercession.’ At home and abroad, on land and sea, this prayer watch ascended unceasingly to the Lord,” stated historian A. J. Lewis.

The Memorial Days of the Renewed Church of the Brethren, published in 1822, ninety-five years after the decision to initiate the prayer watch, quaintly describes the move in one sentence: “The thought struck some brethren and sisters that it might be well to set apart certain hours for the purpose of prayer, at which seasons all might be reminded of its excellency and be induced by the promises annexed to fervent, persevering prayer to pour out their hearts before the Lord.”

The journal further cites Old Testament typology as warrant for the prayer watch: “The sacred fire was never permitted to go out on the altar (Leviticus 6:13); so in a congregation is a temple of the living God, wherein he has his altar and fire, the intercession of his saints should incessantly rise up to him.”

That prayer watch was instituted by a community of believers whose average age was probably about thirty. Zinzendorf himself was twenty-seven.

The prayer vigil by Zinzendorf and the Moravian community sensitized them to attempt the unheard-of mission to reach others for Christ. Six months after the beginning of the prayer watch the count suggested to his fellow Moravians the challenge of a bold evangelism aimed at the West Indies, Greenland, Turkey and Lapland. Some were skeptical, but Zinzendorf persisted. Twenty-six Moravians stepped forward the next day to volunteer for world missions wherever the Lord led.

The exploits that followed are surely to be numbered among the high moments of Christian history. Nothing daunted Zinzendorf or his fellow heralds of Jesus Christ—prison, shipwreck, persecution, ridicule, plague, abject poverty, threats of death. His hymn reflected his conviction:

Ambassador of Christ,Know ye the way ye go?
It leads into the jaws of death,
Is strewn with thorns and woe.

Church historians look to the eighteenth century and marvel at the Great Awakening in England and America which swept hundreds of thousands into God’s Kingdom. John Wesley figured largely in that mighty movement and much attention has centered on him. It is not possible that we have overlooked the place which that round-the-clock prayer watch had in reaching Wesley and, through him and his associates, in altering the course of history?

One wonders what would flow from a commitment on the part of twentieth-century Christians to institute a “prayer watch” for world evangelization, specifically to reach those, in Zinzendorf’s words, “for whom no one cared.”

Leslie K. Tarr is professor of homiletics and communication at Central Baptist Seminary in Toronto, Ontario. This article first appeared in Decision, May 1977 and is copyrighted by the Billy Graham Evangelistic Association. Used and abridged by permission.

EvangelismInternationalJohn WesleyMissionsNikolaus von ZinzendorfPerseverancePrayerRevival
Issue 1: Zinzendorf & the Moravians, 1982
Previous Article
A Day in the Life of Early Herrnhut
Next Article
When Asked His Reasons for Going to St. Thomas, Leonard Dober Composed a Letter Describing His Motivation 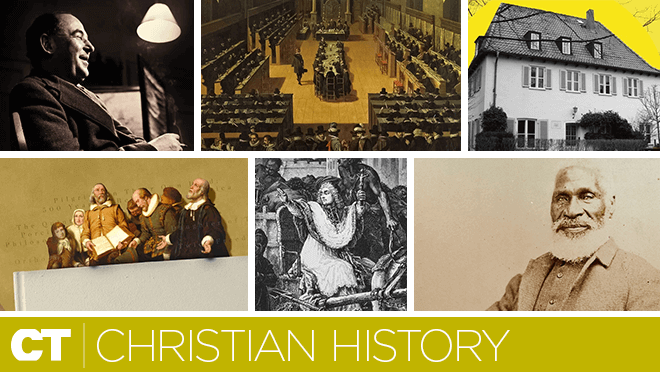