Our world would be poorer without two other worlds: Narnia and Middle-earth. Yet if two young professors had not met at an otherwise ordinary Oxford faculty meeting in 1926, those wondrous lands would still be unknown to us.

British author Colin Duriez, who wrote the article "Tollers and Jack" in issue #78 of Christian History, explains why this is so in his forthcoming book Tolkien and C. S. Lewis: The Gift of Friendship. Duriez tells the story of how these two brilliant authors met, discovered their common love for mythical tales, and pledged to bring such stories into the mainstream of public reading taste. Tolkien and Lewis shared the belief that through myth and legend—for centuries the mode many cultures had used to communicate their deepest truths—a taste of the Christian gospel's "True Myth" could be smuggled past the barriers and biases of secularized readers.

You have said that if it hadn't been for the friendship between Tolkien and Lewis, the world would likely never have seen The Narnia Chronicles, The Lord of the Rings, and much else. What was it about "fairy stories" that led these two men to want to rehabilitate them for a modern audience—adults as well as children?

They had both personal and professional reasons for this interest. Personally, they had both read and enjoyed such stories as they were growing up, in collections by the brothers Grimm, Andrew Lang, and others. Lewis had also heard Celtic myths—his nurse had told him some of the folk tales of Ireland.

Professionally, they studied and taught the literatures of medieval romance and, in Tolkien's case, the background of Norse myth. And they realized that it was only quite recently that such stories had become marginalized as "children's stories." Through much of history these were tales told and enjoyed by grown-ups. Even strong warriors enjoyed them, rejoicing in their triumphant moments, weeping at tragic turns of events. These stories told them important things about life—about who they were and what the world was like, and about the realm of the divine.

It dawned on both men that there was a need to create a readership again for these books—especially an adult readership. Lewis's space trilogy came out of this same impulse to write the sort of stories that he and Tolkien liked to read. He felt he could say things in science fiction that he couldn't say in other ways. And Tolkien had been expressing this sense already for years when the two men met—ever since World War One he had been writing hundreds of pages of a cycle of myth and legend from the early ages of Middle-earth. This, it would later turn out, would provide the "pre-history" for The Lord of the Rings, some of which was published after his death in The Silmarillion.

Early in their relationship, in 1936, after Tolkien had written the children's story The Hobbit, the two men had a momentous conversation about their desire to bring such stories to a wider audience (see below, at the end of this interview, for Duriez's re-creation of that conversation). They actually decided to divide the territory—Lewis would take "space travel," Tolkien "time travel." Tolkien never got around to finishing his time-travel story, concentrating instead on his more "adult" trilogy, in which he placed hobbits in the context of his Silmarillion stories. But Lewis did write his space books: Out of the Silent Planet, Perelandra, and That Hideous Strength.

Lewis seems to have had the more forceful personality of the two. Yet you show that Tolkien had a deep influence on Lewis. What did he teach Lewis?

Lewis, although he used a very rational, knock-down technique in his rhetorical approach to philosophical questions, was a deeply imaginative man who regarded his imaginative self as his most basic self. Before he met Tolkien, he became friends with Owen Barfield, and the two of them had long conversations about the imagination. But as a brilliant young man who had decided that the Christian faith of his up-bringing was intellectually untenable, Lewis had no way of bringing together that imaginative side of his nature with his rational side. His rational side told him that while stories might serve to amuse, they couldn't very well teach you about the things that really mattered.

What Tolkien did was help Lewis see how the two sides, reason and imagination, could be integrated. During the two men's night conversation on the Addison Walk in the grounds of Magdalen College, Tolkien showed Lewis how the two sides could be reconciled in the Gospel narratives. The Gospels had all the qualities of great human storytelling. But they portrayed a true event—God the storyteller entered his own story, in the flesh, and brought a joyous conclusion from a tragic situation. Suddenly Lewis could see that the nourishment he had always received from great myths and fantasy stories was a taste of that greatest, truest story—of the life, death, and resurrection of Christ.

So Tolkien brought the imagination right into the center of Lewis's life. And then, through a gradual process, with the example of Tolkien's Silmarillion tales and Lord of the Rings before him, Lewis learned how to communicate Christian faith in imaginative writing. The results were Narnia, the space trilogy, The Great Divorce, and so forth.

What about Lewis's impact on Tolkien?

Tolkien was a private man who, when he met Lewis, had written his mythic tales for a private audience. He had very little confidence that they could speak to a wider audience. But from the beginning of their relationship, Lewis encouraged his friend to finish and publish his stories. He delighted to hear Tolkien read chapters of his epic trilogy, as he completed them, at meetings of their Oxford reading group, the Inklings. And Tolkien was immensely encouraged by those meetings. It spurred him on.

There were some instances in which Lewis gave Tolkien something to think about. In his space trilogy, Lewis introduced the concept of Hnau, the embodiment of personality and rationality in animal and vegetable beings. This seems to have influenced the creation of the Ents in Lord of the Rings. There is also evidence that Tolkien pondered a lot on the Screwtape Letters. For the most part, however, Tolkien was extremely annoyed at Lewis's popularizing of theology. He thought theology should be left to the professionals. Tolkien also disliked the Narnia series, feeling it was both theologically heavy-handed and artistically slapdash—an unfair judgment of what were among the most beautifully crafted of Lewis's works, and probably the most likely to survive the next hundred years as "classics."

You have said that Lewis and Tolkien shared three interrelated commitments—to "romanticism, reason, and Christianity." Can you elaborate?

The two friends were interested in the literature of the romantic period because many of the poems and stories attempted to convey the supernatural, the "otherworldly"—and thus provided a window into spiritual things. Lewis explored romantic themes like joy and longing, and Tolkien emphasized the nature of people as storytelling beings who by telling stories reflect the creative powers of God. But they both rejected an "instinctive" approach to the imagination. Many romantic writers were interested in a kind of nature mysticism. They looked within themselves and at the world around them and sought flashes of insight into "the nature of things"—illuminations of truth that could not be explained, reasoned, or systematized. But Lewis and Tolkien insisted that the reason and the imagination must be integrated. In any understanding of truth, the whole person must be involved.

This is where their third shared commitment came into play—this sense of wholeness was a Christian approach, distant from the neo-pagan mysticism of some romantics, the "Pan worship" of the early twentieth century. Indeed, Tolkien worried increasingly towards the end of his life that people were missing the Christian balance of his work, and were taking it almost as the basis of a new paganism. You could argue in fact that one reason Tolkien didn't finish the Silmarillion was his concern to make his imaginative creations consonant with Christianity. Obviously not wanting to make them into allegory or preachment, he was concerned his literary insights be clearly consistent with Christianity.

A Fateful Conversation: An excerpt from chapter 7 of Colin Duriez's forthcoming Tolkien and C. S. Lewis: The Gift of Friendship.

Lewis looks thoughtfully out of the window of his big sitting room in Magdalen College on to the deer park it overlooks. It's the spring of 1936. … On his right hand is the reassuring sight of his favorite path—Addison's Walk—where, five years before, Tolkien, Hugo Dyson, and he had had that momentous nighttime conversation that led to his conversion.

He turns to address his friend, who is perched on a threadbare armchair, the room's handsome white-paneled walls behind him. Tolkien reaches for an enamel beer jug on the table and refills his tankard.

"You know, Tollers, there's far too little of what we enjoy in stories. You liked Williams's The Place of the Lion just as much as I did. Really it struck me how rare such books are."

Tolkien exclaims through dispersing wisps of smoke, "Not enough echoes of the horns of Elfland."

He sucks on his pipe to encourage its dying embers. "Some of the Scientifiction [science fiction] around evokes wonder—sometimes offers fleeting glimpses of genuine other worlds. There is some deplorable stuff, too, but that's true of all the genres. Space and time stories can provide Recovery and Escape." He says the last two nouns with sudden loudness, perhaps to emphasize that they should have capitals. "I hope to lecture soon on this as a quality of Fairy Story. I relish stories that survey the depths of space and time."

"To be sure, to be sure," agrees Lewis, drawing attention to the slight Ulster in his vowels. He is unusually quiet this morning. "Take H. G. Wells. Even Wellsian stories can touch on the real other world of the Spirit. His early ones I care for—it's a pity he sold his birthright for a pot of message. These kinds of stories that create regions of the spirit—they actually add to life, don't they? They're like some dreams that only come from time to time—they give us sensations we've never had before. You could say they enlarge our very idea of what's possible in human experience."

"Your Pilgrim's Regress had something of what we like—romance. It's a pity it didn't do well with the public," Tolkien puts in. "Was a bit obscure in places. It can be a deuce of a labor to get it right."

"You know, Tollers," Lewis says decisively, pipe in hand. "I'm afraid we'll have to write them ourselves. We need stories like your Hobbit book, but on the more heroic scale of your older tales of Gondolin and Goblin wars. One of us should write a tale of time travel and the other should do space travel."

Tolkien reminds his friend of a rather similar challenge well over a century ago—Lord Byron, at Lake Geneva in 1816, had challenged Percy Shelley and Mary Shelley to write a ghost story … and Mary, a mere girl at the time, went on to write Frankenstein. They needed, Tolkien continues, his eyes brightening, stories today that expose modern magic—the tyranny of the machine.

"Let's toss for it, Tollers. Heads, you write about time travel; tails, you try space travel. I'll do the other." Tolkien nods his agreement, grinning.

Lewis fishes in the pocket of his crumpled and baggy flannels and a coin spins in the air. 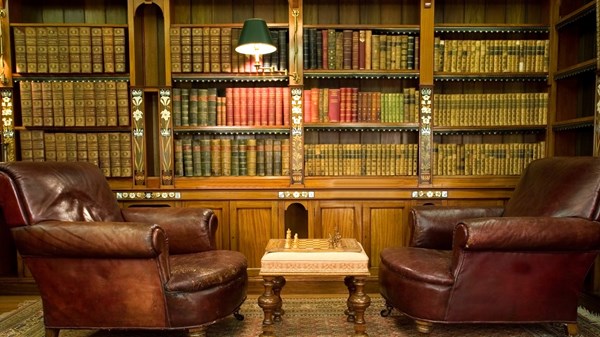