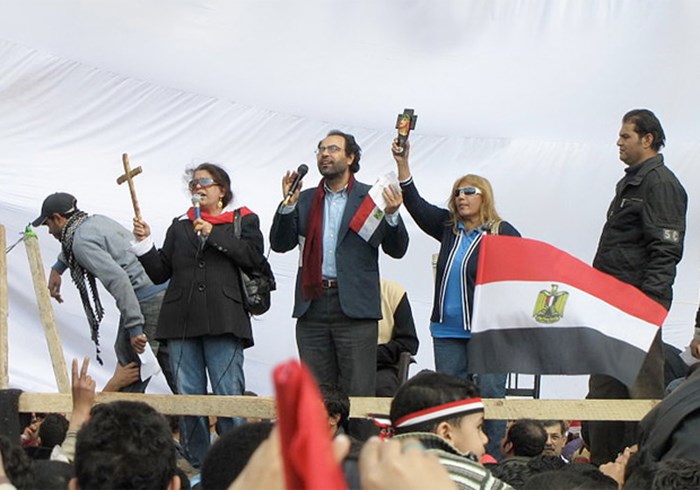 This weekend, Egypt will choose as its president either Mohamed Morsy of the Muslim Brotherhood or Ahmed Shafik of the former Hosni Mubarak regime. (That is, unless fallout from a high court's invalidation yesterday of the nation's parliament cancels the election.) Few Egyptians are excited about these choices—including many of the nation's Copts.

But who are the Copts? Generally understood as "the Christians of Egypt," Copts comprise Orthodox, evangelicals, and Catholics who total 10 percent of Egypt's 80 million people. (Egypt also has a sizeable population of Christian refugees from Sudan.) Both the euphoria and disappointment of the Arab Spring have brought these branches of Christianity in Egypt closer together as a community.

However, defining the Copts concretely is more difficult, explains Mark Nygard, director of graduate studies at the Evangelical Theological Seminary in Cairo (founded in 1863 by American Presbyterian missionaries).

"Copts are the historical Orthodox Church of Egypt. It is a fuzzy term, but strictly speaking it refers to those under the pope's authority," he said.

The long-standing Pope Shenouda III, who died in March, was the 117th apostolic successor of Mark the Apostle, believed to have established the church in Alexandria where he died as a martyr in the first century.

As Alexandria became a leading Christian city, it vied with Rome for ecclesiastic and theological leadership until the Council of Chalcedon in 451 divided the Christian church into East and West over the definition of Christology.

Coptic Orthodox were rejected as "Monophysites"—believers in Christ's one nature to the point of denying his humanity. Two centuries later, Islamic invasions isolated Egypt from Christendom, and the Coptic Orthodox faded from Western consciousness until the colonial era, when Egypt opened to both Protestant and Catholic missionaries. Today a sizeable Coptic diaspora exists in the West, including about 200,000 Coptic Christians in the United States.

Atef Gendy has inherited the Protestant legacy, serving as president of the evangelical seminary. He elaborates on the "fuzziness" of his colleague Nygard's definition.

"The accurate definition of Coptic is the ethnic identity of Christians of Egypt, but the common understanding is of the Orthodox, due to their status as the oldest church."

Gendy emphasizes his denomination is officially called the Coptic Evangelical Church. This self-designation as Copts by non-Orthodox groups became necessary as Egyptian Protestant and Catholic leaders have sought to distinguish their churches from their foreign mission heritage.

Both Protestants and Catholics have had an up-and-down relationship with the dominant Orthodox Church, which comprises about 90 percent of all Christians in Egypt. Smaller in number, they are often regarded as "sheep stealers," but Gendy praises today's youth for transcending denominational borders.

"After the revolution, there is a different spirit due to the Islamist pressures," he said.
This has emerged from the laypeople and has embarrassed the leadership, which has been pushed to engage more closely.

"We are working on forming the Egyptian Council of Churches, which includes [Orthodox] Bishop Bishoy, who was known as a hardliner on cooperation."

Bishop Bishoy, in fact, highlights theological reconciliation going all the way back to Chalcedon. In 1988, Pope Shenouda signed an accord with the Roman Catholic Church to mutually accept each other's definition of Christology. The Coptic Orthodox believe that Christ's human and divine nature united make up his one nature.

"We are Mia-physites," clarifies Bishoy. "Please, help the Western church understand that we are not heretical Monophysites."

This ancient controversy is of little concern to most modern Copts. Of more importance is the development of spirituality. Orthodox Christians fast 210 days of the year. Pope Shenouda led his flock to value solid preaching and personal Bible study. In fact, the Bible Society of Egypt is the fourth-largest Bible society branch in the world.

Its director, Ramez Atallah, praises the Copts of Egypt, especially the Coptic Orthodox. "There is a great revival in the Orthodox Church, which is one of the most biblically-based churches in the world," he said. "If you study the Bible inductively with them, you will find almost no distinction."

This impression has been left on Nygard as well. Regardless of any fuzzy terminology, he said, "I am struck by [the Orthodox's] deep reverence for Christ and their awe of him."

Jayson Casper is a writer with Arab West Report and blogs regularly at A Sense of Belonging.

Last year we examined a similar question, "Do Egypt's Evangelicals Get Along with the Coptic Orthodox?"