The widow’s mite story is about more than her sacrificial giving.
Ted Olsen 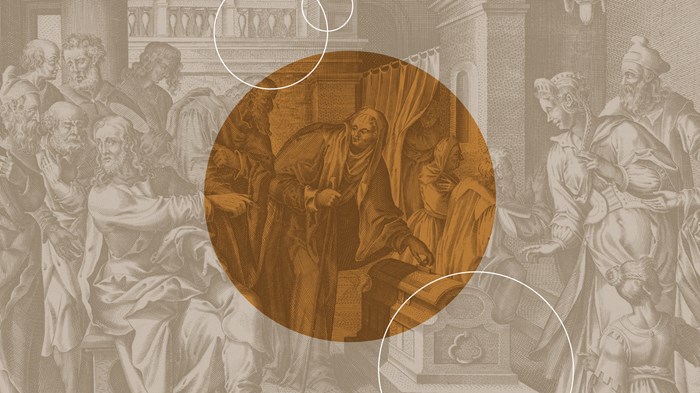 These days, Ira Glass is famous for inspiring an infinite number of podcasts that want to be just like his public radio show This American Life. But back in the mid-1990s, Glass’s initial claim to fame was for raising money during public radio pledge drives. Glass initially grew his show by telling station program directors that they could have his pledge spots so long as they carried his program. They still do: He remains public radio’s most effective fundraiser by far, with his earnest pleas to “give selfishly” to keep listeners’ favorite shows on the air and reminding them why they love public radio.

Churches have an Ira Glass too—a ringer guaranteed to bring the checkbooks out every time. And what makes her even more remarkable than Ira Glass is that she doesn’t even say a word. She just throws two small coins into an offering box and walks away.

The “poor widow” of Mark 12 and Luke 21 gets more homiletical airtime than most of the ...

Profile
A Poet for ‘Bruised Evangelicals’
Malcolm Guite has found himself a sort of tribal elder for younger generations of Christians.
Kara Bettis
Editor's Pick