Building a Culture of Discipleship

Ask church leaders what their plan for discipleship in their church looks like, and most will give the same answer: small groups. But discipleship isn’t merely a program or a venue for ultra-committed Christians; it’s a calling for all who follow Christ. It’s God’s command to each of us to commit to the formation of others into the likeness of Jesus.

Below you’ll find advice for infusing your church with a culture of discipleship. That includes specific strategies for discipling people, but more than that, you’ll discover ways to make the Great Commission—finding and growing followers of Jesus to find and grow more followers of Jesus—a priority for your entire congregation.

Building a Culture of Discipleship

A simple tool for apprenticing followers of Christ who can apprentice others.
Dave Ferguson and Warren Bird 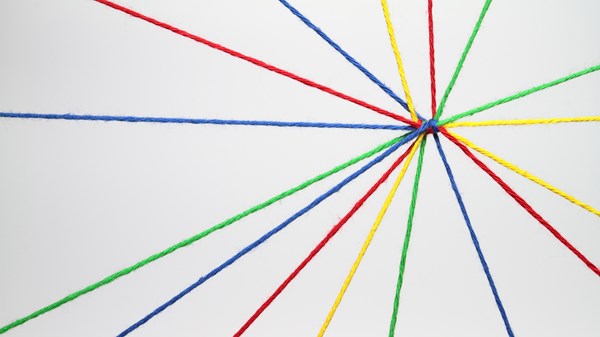 Get the best from CT Pastors editors, delivered straight to your inbox.

I wonder if out of reverence for Jesus being divine, we sometimes dismiss his disciple-making practices and think, Well, that’s because it’s Jesus; he’s God. Of course he’s the best people-developer in the universe. So we admire how he mentored others who went out and changed the world, but we dismiss it as only possible for someone who is God incarnate. I’ve done that.

The apostle Paul didn’t make that mistake. He heard Jesus’ vision of God’s kingdom, how we can bring that to be, and he recruited a young apprentice named Timothy (Acts 16: 1–3). I love that Paul picked Timothy, because Timothy was a guy who didn’t have a perfect life, and that makes him very relatable. Timothy’s dad was not around; either he was an absentee father or he had abandoned Timothy and his mom altogether. Scripture describes Timothy as timid (1 Cor. 16:10–11). He was very apprehensive about whether his life could make an impact.

But Paul grabs him and even writes to him how they’re going to change the world together: “The things you have heard me say in the presence of many witnesses entrust to reliable people who will also be qualified to teach others” (2 Tim. 2:2).

How many generations of apprenticeship do you see in that verse? Paul is saying, in effect, “Timothy, don’t be content with being a Christ follower; think about others, the rest of the world. I know you have a hard time thinking about impact, but I want you to think exponential impact! Let’s live our lives so as to impact at least four generations.”

This verse calls us to mentor disciple multipliers to the fourth generation. That’s exponential impact!

Paul was explaining to Timothy (and to us) that if we want to see disciples made in all nations—a movement of kingdom multiplication—it will happen through apprenticeship. Apprenticeship is the core competency of any movement of God.

What Paul discovered is the difference between impact and exponential impact. If we are Spirit led and committed to the mission, our lives can have an impact. But when we add the reproducing piece and even multiplying through apprenticeship, that is when exponential impact is possible. That’s when we begin to see a movement of hero makers.

A Simple Tool for Apprenticeship

Eric Metcalf is a disciple multiplier, and he has used the five steps of apprenticeship with other leaders as often as anyone I know. Eric doesn’t shy away from a good challenge. The latest small group he led regularly drew 16 people, and it was a challenge. Some were solid Christ followers; most were not. Some were single, some living together, and some married. Some partied really hard! And some were new believers, including one person with a Muslim background, another with a Jewish background (and a Catholic girlfriend), and another with practically no religious background at all.

You might imagine the lively discussions and lifestyle issues represented in those gathering and conclude, “I think a pastor needs to lead a group like that!” Eric is the pastor for one of Community Christian Church’s locations on the north side of Chicago. He and his wife, Erin, especially enjoy that group, but Eric knew he had a bigger calling than leading this diverse group alone. From day one, he was praying about which member (or members) he could train as an apprentice to take over this group or lead a new group.

“Hey, I have this idea, and I want to run it past you,” Eric told the group. Then he continued, “For our group to reach more people, I’m going to ask some of you to consider moving into an apprentice leadership role and meeting with me on a weekly basis. We can meet for coffee or whatever, but during that time I will help you get to the place where you are confident and capable of leading a group.” Grace, one of the Christ followers, said to Eric, “I really see a need to take some of the women in the group deeper into accountability with each other. I think I can help them do that, if you would let me lead them.” Eric loved the idea, and she became his first apprentice.

Eric used the same simple five-step apprenticeship tool with Grace that he had used with dozens of other leaders over the years to help them grow in their leadership. Over the next eight months, Eric and Grace used these five steps as a guide to develop her to the place where she was leading her own group. Here’s how it might have unfolded:

1. I do. You watch. We talk. As the experienced leader, Eric leads the group and tells Grace, “You just observe everything that happens in our small group, and then we will find a time to meet and discuss what you observed.” Before the next small group meeting, Eric and Grace debrief, and this includes asking the following questions: “What worked?” “What didn’t work?” and “How can we improve?” This time for debriefing needs to continue throughout the five steps.

2. I do. You help. We talk. In this step of development, Eric gives his apprentice, Grace, an opportunity to help lead part of the small group meeting. In this case, Eric asked Grace, “Could you lead the icebreaker time at the beginning if I lead the rest?” Grace agreed. Again, the small group meeting should be followed up with a one-on-one debrief between leader and apprentice.

3. You do. I help. We talk. Now Grace transitions from helping Eric to taking on most of the leadership responsibilities for the small group. Since Eric has had an exceptionally busy week, he takes the opportunity to ask Grace, “Could you lead most of the meeting this week? If you do, I will handle the icebreaker at the beginning and the prayer time at the end, plus I will be there with you the whole time.” Grace agrees, and since she has seen him lead the group enough times, she feels very comfortable and does great. Eric is gradually releasing responsibilities to his new, developing leader.

4. You do. I watch. We talk. The apprentice process for Grace is almost complete as she grows increasingly more confident in her role as a leader. Eric has her lead the entire meeting each week while he watches her, and he gives her the responsibility of finding a service project for the group. At their debrief time, Eric says, “I think you are ready for leadership; do you think you are ready?” With a smile, Grace says, “I think I’m ready.” With both leader and apprentice feeling ready for the next step, they begin to plan whether Grace will take over the group or lead a new group, and what Eric will lead next.

5. You do. Someone else watches. This is where the process of multiplication comes full circle. Eric says, “Grace, you have done great! Have you started to think about who you can mentor and repeat this process with?” Grace says, “I already have two people who have expressed interest, and I’m meeting with one this week.” Grace, the former apprentice, is now leading, and she begins developing new apprentices. Since Eric has developed and released several apprentices, he continues to work with Grace and other leaders in a coaching capacity.

A World of Disciple Multipliers in One Generation

The admiral’s words are a great challenge, not only for college graduates but for me, you, and the church! To change the world, we need to not only change people but also mobilize those people as change agents. Since the church is far bigger than that graduating class, we’ve already got a running start. We also have the Holy Spirit in us, and the God of the universe wants it to happen. We can do it!

Dave Ferguson is the president of Exponential and the lead pastor of Community Christian Church in Chicago.

Warren Bird is a primary researcher and writer for Leadership Network and has more than 10 years of church staff and seminary teaching experience. He and his wife live just outside of New York City.

Politics & Public Life
God Is the Good Samaritan
And he teaches us to value diversity and individuality.
Richard Lints
Editor's Pick