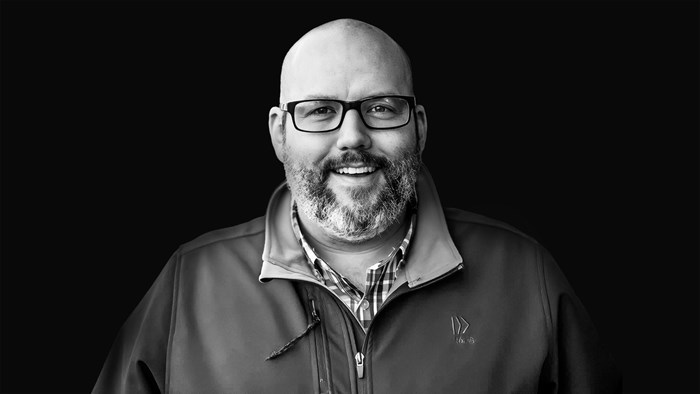 Church planter Clint Clifton died in a plane crash in North Georgia on January 12. He was 43.

Clifton trained, coached, and encouraged an untold number of church planters and was considered “a genius, with an encyclopedic knowledge of church dynamics,” according to Trevin Wax, vice president of research and resource development for the Southern Baptist North American Mission Board (NAMB). Clifton specialized in the pragmatic aspects of church planting as NAMB’s senior director of research, he wrote three widely used handbooks, and he hosted the podcast New Churches.

He described himself as a practical person who was motivated by the gospel to do impractical things. He said when he felt beaten down by the “hard truth” of how difficult it is to start healthy churches, he would return to Jesus’ command in Matthew 28:19 to go and make disciples.

He planted his first church in northern Virginia at age 26. Nine months later—before the congregation was considered stable—the church planted another church. Pillar Church went on to start another and another, every year for the next 15 years.

Clifton was at the NAMB headquarters in Alpharetta, Georgia, last week to talk about training, equipping, and sending out more church planters around the United States. His private plane crashed on the way home.

Flight records show he took off from the Cherokee County Airport in Canton, Georgia, and planned to fly his 1971 Piper PA-28-180 Cherokee about 300 miles to Concord, North Carolina. The red-and-white single-engine plane only made it about 40 miles into the trip before encountering problems. The plane did an unexpected circle over Dawson Forest, south of Dawsonville, Georgia, before looping again and then spiraling three times and crashing between the woods and the Etowah River a little after 8 p.m.

The local sheriff received a 911 call about an hour and a half after sunrise the next morning. The cause of the accident has not been made public. The plane was completely destroyed in the crash. Clifton was the only person on board.

“We are shocked and heartbroken by this news,” NAMB president Kevin Ezell said in an official statement. “Nothing can prepare you for news like this, but we have a Savior who will carry us and sustain us in the days ahead.”

Clifton was born in Palatka, Florida, in 1979 and raised in a non-Christian family that struggled with addiction, divorce, and disabilities. When he was a boy, however, a Southern Baptist pastor happened to move in next door and started sharing the gospel with his parents. As Clifton later recalled, Jesus started to “infiltrate” his home. But he resisted attending church until he got a little older and realized there were girls there.

“I had less than pure motives,” he said.

While pursuing a girl, however, he fell in love with Jesus. He started attending Peniel Baptist Church—where Billy Graham was ordained in 1938. The pastor, Dannie Williams, took Clifton under his wing, discipled and encouraged him, and taught him about the Christian call to evangelism. Peniel was planting multiple churches in Northeastern Florida, and Clifton became a worship leader, serving at several sites.

The feel and excitement of starting something new made a deep impact.

“I just saw this really zealous work going on in and around our community, and it really got into my skin,” Clifton said.

In retrospect, Clifton said, some ministry opportunities probably came before he was ready. His first few experiences preaching did not go so well.

“I was preaching to people much older, wiser, and more educated than myself,” he wrote in Church Planting Thresholds, “and I felt the constant strain of inferiority and self-consciousness in my preaching and preparation. I attempted to compensate by being louder and employing vocabulary I thought would impress those who were listening to me.”

Clifton attended the Baptist College of Florida and earned a bachelor’s degree and then went to seminary at the John W. Rawlings School of Divinity at Liberty University.

While studying in Lynchburg, Virginia, Clifton got a job at a music minister at a large Southern Baptist church that did not place an emphasis on church planting. At first he thought the church would be more “legit,” he recalled, because it wasn’t a startup.

“They had like a choir and an ensemble and the whole nine yards,” he said. “I was there for all of six weeks when I realized I had made a grave mistake.”

The pastor asked Clifton to stay for three years in exchange for a promise to support him when he planted a church. Almost exactly three years later, according to Clifton, he left to plant Pillar Church in Northern Virginia, a few miles from the Marine Corps base in Quantico.

Clifton was committed to starting something new and building a church that would plant more churches. Though he personally had no military connections, Clifton liked the idea of reaching men and women in the Marines, since they are trained to be leaders and move around the world frequently.

He underestimated how hard it would be.

“The problem was, I’m an overweight musician who doesn’t know anything about military life. With facial hair. I only run if someone is chasing me. I’ve never shot a gun!” Clifton said. “The first couple years was really, really hard.”

Pillar soon faced a choice about whether it was going to send people and dedicate resources to start a new congregation or focus on its own sustainability. Church attendance numbers and the budget seemed like priorities. But Clifton told the congregation he thought the church needed to do the less safe, less practical thing and plant another church, because that’s what they were called to do by the Great Commission.

Christians need to trust that they are doing God’s work, Clifton said, not their own. There’s a temptation to think you can control the Spirit, or at least hang on, but that’s not how God moves in the world.

“I want the wind of the Spirit to blow where it blows and trust God and his providence,” he said in 2019. “Every day I feel like, ‘Oh man, this is vapor; it’s going to stop.’ You know, like the wind is going to stop blowing at some point.”

Pillar supported its first plant before it turned one. That churches also planted churches, and Clifton went to work helping others train and send church planters too.

“My prayer is that you would plant a church that is committed to vigorously planting other churches,” he wrote in his first book. “I pray that you will stretch the faith of your people, not so that they may have a larger building to worship in, but so Christ may have a larger kingdom of worshippers.”

Pillar has started a memorial fund to go to church planting. Clifton is survived by his wife, Jennifer, and the couple’s five children, Noah, Ruthe, Isaiah, Betchina, and Moses.