Founder of Open Doors said he wasn’t an “evangelical stuntman” but a faithful Christian following the leading of the Spirit.
Daniel Silliman|September 27, 2022 01:45 PM
españolPortuguêsFrançais简体中文한국어Indonesian繁體中文русскийУкраїнська 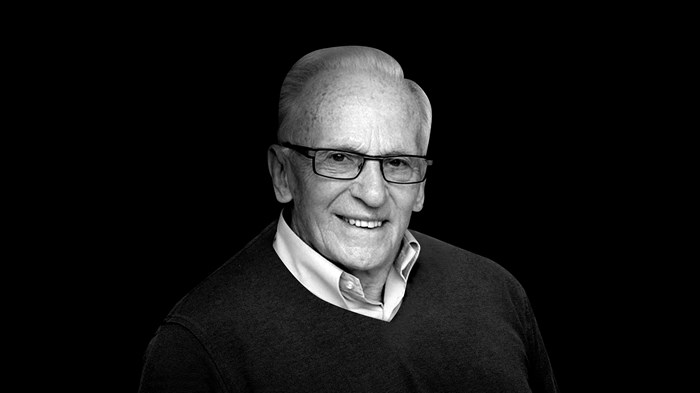 Editor’s note: Read or share in Portuguese and other languages via the yellow links above.

Anne van der Bijl, a Dutch evangelical known to Christians worldwide as Brother Andrew, the man who smuggled Bibles into closed Communist countries, has died at the age of 94.

Van der Bijl became famous as “God’s smuggler” when the first-person account of his missionary adventures—slipping past border guards with Bibles hidden in his blue Volkswagen Beetle—was published in 1967. God’s Smuggler was written with evangelical journalists John and Elizabeth Sherrill and published under his code name “Brother Andrew.” It sold more than 10 million copies and was translated into 35 languages.

The book inspired numerous other missionary smugglers, provided funding to van der Bilj’s ministry Open Doors, and drew evangelical attention to the plight of believers in countries where Christian belief and practice were illegal. Van der Bijl protested that people missed the point, however, when they held him up as heroic and extraordinary.

“I am not an evangelical stuntman,” he said. “I am just an ordinary guy. What I did, anyone can do.”

No one knows how many Bibles van der Bijl took into Poland, Czechoslovakia, Yugoslavia, East Germany, Bulgaria, and other Soviet-bloc countries in the decade before the success of God’s Smuggler forced him into the role of figurehead and fundraiser for Open Doors. Estimates have ranged into the millions. A Dutch joke popular in the late 1960s said, “What will the Russians find if they arrive first at the moon? Brother Andrew with a load of Bibles.” 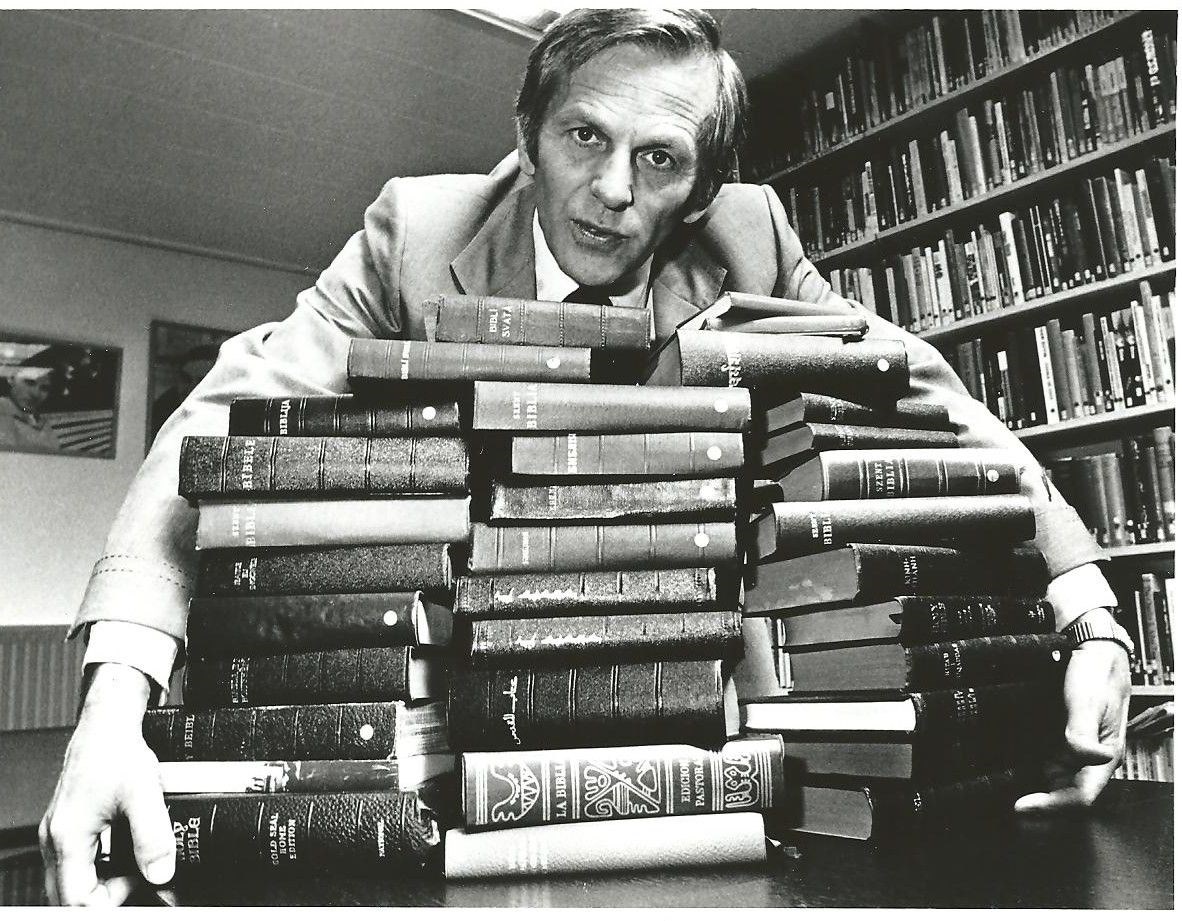 Van der Bijl, for his part, did not keep track and did not think the exact number was important.

Van der Bijl was born in the Netherlands in 1928, the son of a poor blacksmith and an invalid mother. He was 12 when the German military invaded the neutral country in World War II, and he spent the occupation, as he recounted to John and Elizabeth Sherrill, hiding in ditches to avoid being pressed into service by Nazi soldiers. When famine hit the Netherlands in 1944, van der Bijl, like so many Dutch people, ate tulip bulbs to survive.

After the war, van der Bijl joined the Dutch army and was sent to Indonesia as part of the colonial force attempting to quash the Indonesian struggle for independence. He was excited about the adventure until the shooting started and he killed people. By his own account, van der Bijl was involved in the massacre of an Indonesian village, indiscriminately killing everyone who lived there.

He was haunted, after, by the sight of a young mother and nursing boy killed by the same bullet. He started wearing a crazy straw hat into the jungle, hoping it would get him killed. Van der Bijl adopted the motto, “Get smart—lose your mind.”

He was shot in the ankle and started reading a Bible his mother had given him during his convalescence. After he returned to the Netherlands, he started compulsively going to church, and in early 1950, he surrendered himself to God.

“There wasn’t much faith in my prayer,” van der Bijl said. “I just said, ‘Lord if you will show me the way, I will follow you. Amen.’”

Van der Bijl committed his life to ministry and went to Scotland to study at the Worldwide Evangelization Crusade’s missionary school in 1953. Speaking to Christianity Today in 2013, he remembered one critical lesson from a Salvation Army officer who was teaching about street evangelism. The older man said most would-be evangelists give up too soon, since the Holy Spirit has only prepared the heart of one person out of 1,000.

“Instantly my heart revolted. I said to myself, ‘What a waste,’” van der Bijl recalled. "Why go and spend your energy on 999 who were not going to respond? God knows it and the devil knows it and he laughs because after the first 1,000 people I give up in despair.”

He determined he would ask God to guide him to the one person who was ready for the gospel. Instead of spending his time calculating and strategizing, he would follow the guidance of the Spirit.

A short time later, he felt God speak to him through Revelation 3:2: “Wake up! Strengthen what remains and is about to die.” Van der Bijl understood he was supposed to go support the church in Communist-controlled countries. In 1955, he took a government-controlled tour of Poland but snuck away from his group to visit underground groups of believers. On a second trip to Czechoslovakia, he saw that churches in Communist countries needed Bibles.

“I promised God that as often as I could lay my hands on a Bible, I would bring it to these children of his behind the wall that men built,” van der Bijl later recalled, “to every … country where God opened the door long enough for me to slip through.” 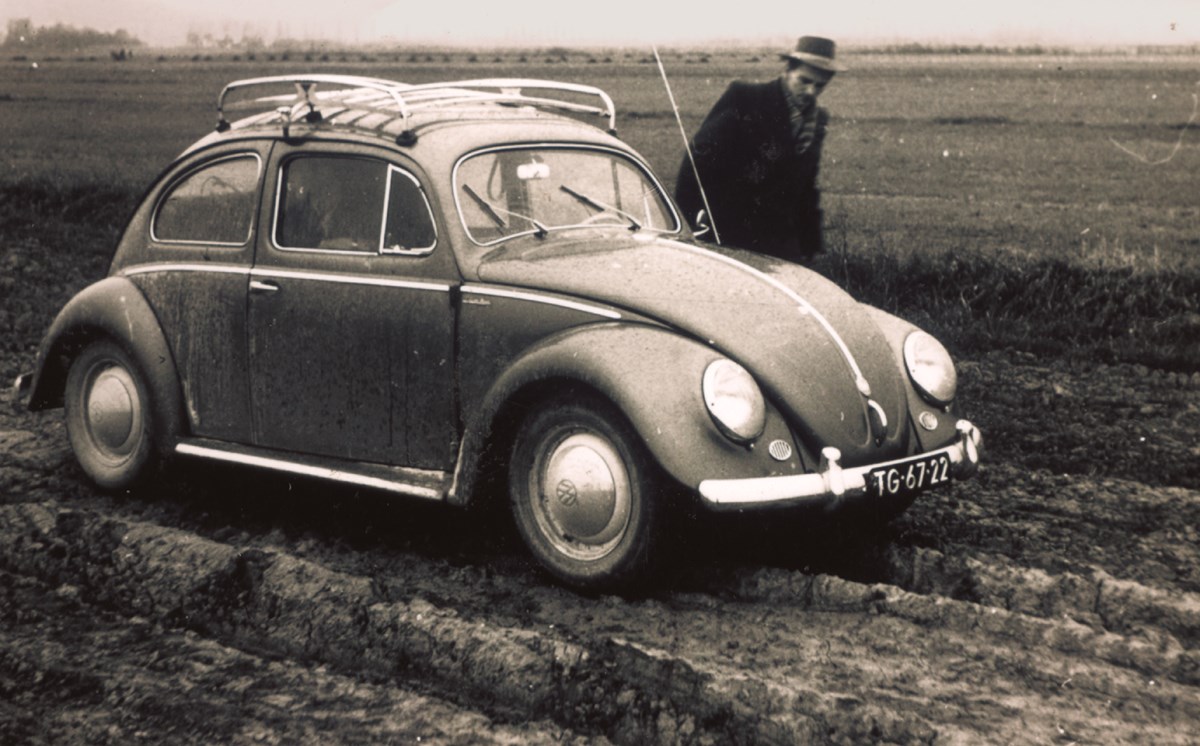 In 1957, he made his first smuggling trip across the border of a Communist country, entering Yugoslavia with tracts, Bibles, and portions of Bibles hidden in his blue Volkswagen. As he watched the guards search the cars in front of him, he prayed what he would later call “the Prayer of God’s Smuggler”:

“Lord, in my luggage I have Scripture that I want to take to your children across this border. When you were on Earth, you made blind eyes see. Now, I pray, make seeing eyes blind. Do not let the guards see those things you do not want them to see.”

Van der Bijl followed his early success in Yugoslavia with more trips and eventually even smuggled Bibles into the Soviet Union. He recruited other Christians to help him, and they developed strategies for avoiding the attention of border guards and secret police. Sometimes the smugglers would travel in pairs, disguised as honeymooning couples. Sometimes they would use out-of-the-way border crossings. They would experiment with different ways of hiding Scripture in their small, inconspicuous cars. Always, they would follow the leading of the Spirit, and no one was ever arrested.

Bible smuggling was criticized by a number of Christian organizations, including the Baptist World Alliance, the Southern Baptist Foreign Mission Board, and the American Bible Society. They considered it dangerous—especially for the Christians living in Communist countries—and ineffective. Sensational stories were good for raising money, the critics alleged, but little else.

Cold War historians have debated the impact of Bible smuggling on Communist regimes. Francis D. Raška writes that it was “probably significant,” but “evidence of the exploits is shaky, and prone to exaggeration and personal aggrandizement.” There is at least some evidence that the KGB kept close tabs on van der Bijl’s activity and may have had informants inside his network, according to Raška. 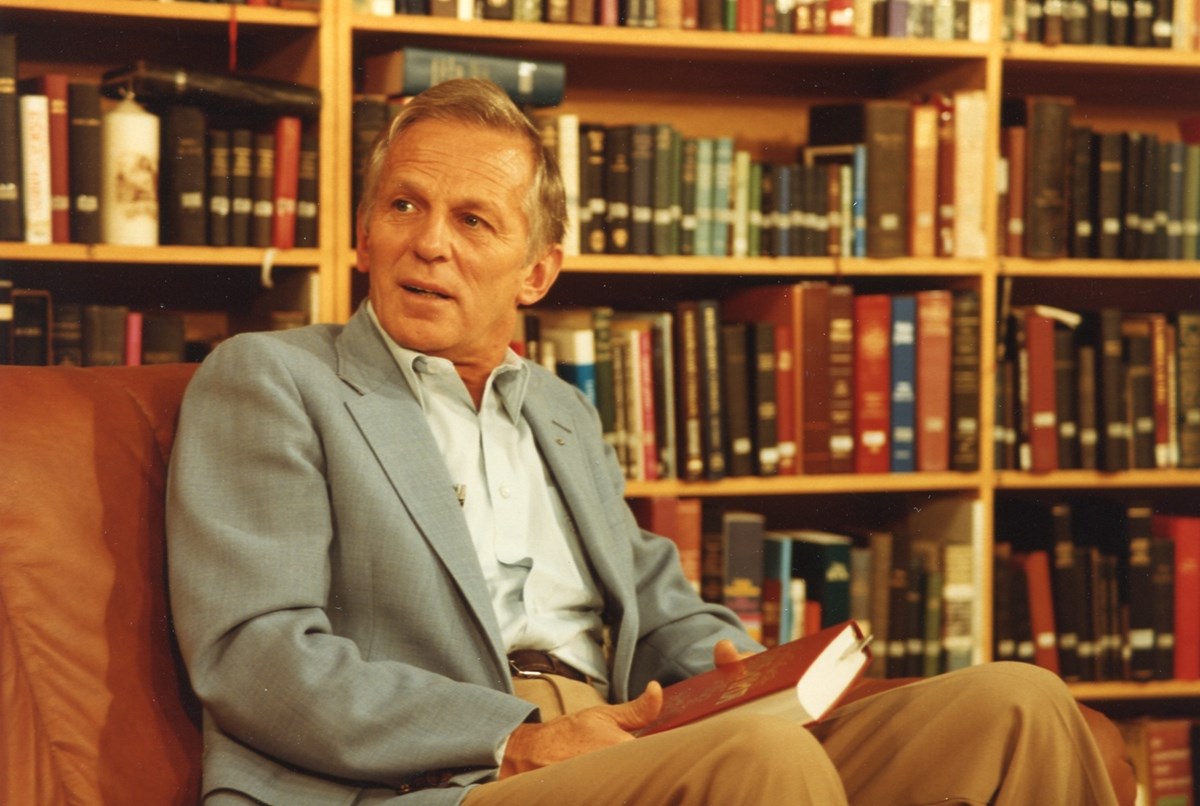 After the success of God’s Smuggler, van der Bijl left smuggling to other less famous Christians. He shifted his attention to fundraising for Open Doors and ministry opportunities in Muslim countries. When the United States invaded Afghanistan in 2001 and Iraq in 2003, he became an outspoken critic of American evangelicals’ support for the war on terror. Christians, he said, could only put their trust in military intervention if they had given up faith in missions.

When speaking to American audiences in the early 2000s, van der Bijl regularly asked Christians if they had prayed for Osama bin Laden, leader of al-Qaeda. When US forces killed bin Laden in 2011, he expressed sadness.

“I believe everyone is reachable. People are never the enemy—only the devil,” van der Bijl said. “Bin Laden was on my prayer list. I wanted to meet him. I wanted to tell him who is the real boss in the world.”

At the time of his death, the ministry van der Bijl founded was helping Christians in more than 60 countries. Open Doors distributes 300,000 Bibles and 1.5 million Christian books, training materials, and discipleship manuals every year. The group also provides relief, aid, community development, and trauma counseling, while advocating for persecuted Christians around the globe.

When asked if he had any regrets about his life’s work, van der Bijl said, “If I could live my life over again, I would be a lot more radical.”