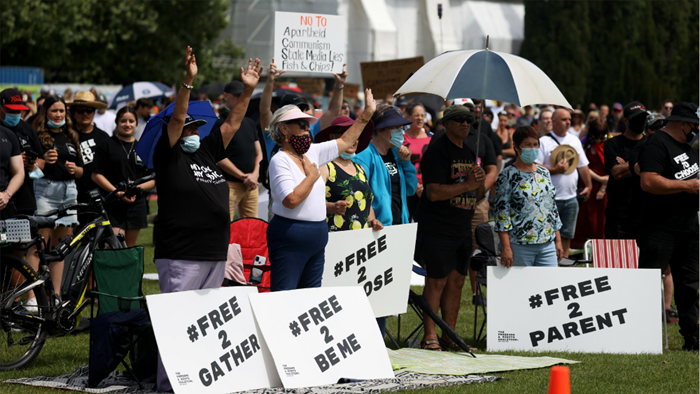 New Zealand’s High Court has ruled that government officials were not acting unlawfully when they restricted and regulated religious services during the COVID-19 pandemic. The court acknowledged that rules curtailed the protected right to “manifest religious beliefs” but deemed that allowable in a health emergency.

Starting in December 2021, the New Zealand government limited religious gatherings to 100 vaccinated people or 25 unvaccinated people. Face masks were also required if the house of worship shared the site with any other groups. The government’s director-general of health, Ashley Bloomfield, deemed religious gatherings “high risk” because of the presence of elderly and immune-compromised people.

Some religious leaders complained the restrictions were reminiscent of Nazi Germany, and one was briefly jailed for refusing to comply.

Twenty-four Christian pastors and one Muslim imam sued Chris Hipkins, the minister for COVID-19 response, and Bloomfield, claiming the regulations violated their religious freedom. The New Zealand Bill of Rights Act 1990 (BORA) says that "every person has the right to manifest that person’s religion or belief in worship, observance, practice, or teaching, either individually or in community with others, and either in public or in private.”

Justice Cheryl Gwyn ruled, however, that though the COVID-19 rules did restrict religious freedom, that was justified by the need to reduce the risk to public health during a pandemic. The right to manifest religious belief is protected, but not absolute. According to the International Covenant on Civil and Political Rights, also signed by the United States, religious freedom can be limited in the interests of public safety, health, or morals.

The New Zealand ruling contrasts with what a number of other courts have decided. In the United States, Scotland, Switzerland, and Chile, restrictions have been found unlawful, either because they violated protections of religious freedom or because they treated religious gatherings differently than secular ones.

New Zealand religious historian and media commentator Peter Lineham told CT the New Zealand churches’ argument was a “direct mirror” of John MacArthur’s Grace Community Church in California and similar cases that won in the US.

“It is mighty hard for churches to realize that they are risky places,” Lineham said.

Lineham is not surprised the New Zealand churches lost. Ideas about the separation of church and state are less deeply embedded than they are in the US, and the right to exercise religion is understood to exist “in a context of a range of human rights which often jostle with each other,” Lineham said.

During the trial, Christian scholars debated whether the health regulation amounted to excommunication, with the state taking for itself the power to say who could or couldn’t attend church. Theologian Matthew Flannagan, a high school teacher in Auckland and a teaching member of Orewa Community Church, one of the churches involved in the suit, argued it was. He told CT it amounted to a serious infringement on religious freedom.

“We were segregated,” Flannagan said. “We could not fellowship together. The restrictions made it practically impossible.”

Paul Trebilco, a New Testament professor at the University of Otago, disagreed.

“The unvaccinated are not actually being ‘removed’ or ‘excommunicated’ from any congregation,” he told the court. “The number of other believers who are part of a particular congregation with whom they can interact is being limited. They are still part of the congregation, albeit not able to interact with all other members for a time.”

According to Lineham, this was a pivotal argument in the case. The churches needed to prove that that they were being prevented from being the church.

“Trebilco rightly shows us that the argument that Christians must meet at all times in order to be the church is flawed,” he said.

Ninety-five percent of eligible New Zealanders are vaccinated. It is estimated that a disproportionate number of unvaccinated people—perhaps as many as 10 percent—are Christian.

The nation’s largest churches complied with the regulations. Megachurches, including Arise Church and City Impact Church, switched everything online in December and January. Both churches complained about the regulations, though, and questioned whether the government was right to do what it was doing.

“While we appreciate the importance of public safety and wellbeing in response to the pandemic and continue to respect the current measures, we do have significant concerns about the potential temporary and permanent restrictions for religious activities and faith-based gatherings based on the vaccination status of church congregants,” said City Impact founder Peter Mortlock. “Such restrictions would have a major impact on the mental, emotional and social health and wellbeing of thousands of people that call City Impact Church their church.”

Even as restrictions eased by Easter (though were not completely lifted until September), some religious leaders questioned whether the regulations made any difference in combating COVID-19.

“I don’t think there were any achieved benefits—it was disproportionate,” said Jonathan Grant, one of four priests at St. Paul’s, a 1,000-member Anglican church in Auckland. “I think it was out of kilter with the rest of the world.”

Grant, one of the 25 who sued, led smaller services during the pandemic so worshipers would not have to show proof of vaccination. The church also offered online services.

Not all evangelical leaders in New Zealand share these concerns, though.

“I was invited to be part of the case,” he said. “I declined. I agree with the court.”

COVID-19 restrictions made things hard, he said. But they did not prevent him or his congregation from manifestation of religious belief.

“As far as our freedom of religion, that was not curtailed at all,” Harris told CT. “We all knew it was a temporary measure. We were still free to worship; we just couldn’t meet in one environment, and we just had to be creative.”

Vink is also critical of the pastors who have sued the government, calling it “grandstanding” and “a waste of time.” He said he worries more about the ongoing impact of the pandemic on the church.

“In the cities, people are nervous about going back to church,” Vink said. “Thirty percent are not going back.”

COVID-19 mandates—including face mask requirements at indoor venues such as shops and schools and on public transport—were removed this month.