Belarus Proposes Legislation to Stop Christians From Appealing to the UN 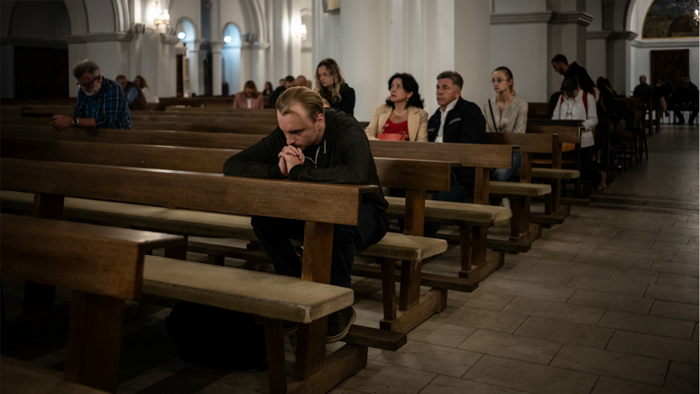 Six months after a Pentecostal pastor won a religious liberty case before the United Nations, Belarusian politicians are trying to strip citizens of the right to appeal to the intergovernmental organization.

The UN was the last court of appeal for Valentine Borovik.

Police raided the Pentecostal pastor’s Bible study in the western town of Mosty in June 2008 and charged him with illegally starting a religious organization. Prosecutors argued that the group did not meet the requirements to register as a church, since there were only 13 adults. But the Christians also could not meet without registering, since they “had all characteristics of a religious community.”

Borovik, objecting to this Catch-22 and claiming he had the right to meet with other believers without registering with the state, was convicted and fined. He appealed and lost, and appealed and lost again.

The case went to the Supreme Court. He lost there too, despite constitutional protections for “the performance of acts of worship and religious rituals and rites.”

“This case exemplifies the difficulties faced by Christians in Belarus,” Mervyn Thomas, founder of Christian Solidarity Worldwide, said at the time. “The Belarusian government must be pushed to respect its own laws and international commitments and to allow Belarusians to meet together and practice their faith freely.”

In 2021, Borovik pushed again. He took his case to the UN Human Rights Committee, and the committee forced the government to answer questions about religious liberty in Belarus and the laws behind the charges against the Pentecostal pastor. In March, the UN committee handed down its ruling: Borovik finally won.

The same month, a UN report criticized the Belarusian government, saying it was attempting to “crush dissent and repress civil society.” More than 1,000 people have been charged in what the report calls “politically motivated” prosecutions since masses of demonstrators publicly protested the reelection of authoritarian president Alexander Lukashenko.

The government has also shut down more than 270 nonprofit organizations and 13 media outlets, designating them as extremists. Dozens of journalists have been detained and more than 30 lawyers who have defended dissidents and spoken out against civil rights abuses have lost their licenses.

Authorities have also continued to crack downs on minority religious groups, including Pentecostals, Jehovah’s Witnesses, and Hare Krishna devotees. Several, like Borovik, have appealed their cases to the UN.

Now parliament is considering withdrawing from the International Covenant on Civil and Political Rights, which would mean that Belarusians do not have the right to file appeals with the UN, Forum 18 reported. The legislator overseeing passage of the bill has not given a public justification for the proposal, telling Forum 18 in a statement by her secretary that, “We do not give any comments on this issue.”

The bill is set to be discussed by the lower house of parliament this fall. If it is approved by both houses and signed into law, Belarus could withdraw from the international civil rights agreement early next year.

Lukashenko, who has run the country since 1994, has allowed little to no opposition in parliament, according to international observers. Elected representatives largely rubber stamp his agenda.

Lukashenko has said that he’s “no dictator,” but admitted to some “elements of authoritarianism” in his leadership.

“Our system of power is tougher,” he toldAgence France-Presse. “I … do not rule out the word ‘authoritarian.’”

International observers have said Lukashenko’s last five elections were neither free nor fair. The European Union does not recognize Lukashenko as the legitimately elected president and Belarus has been sanctioned by the EU, the United Kingdom, and the United States. Lukashenko’s only major international supporter is Russia.

According to some observers, the pressure from the West has pushed the authoritarian leader to attempt to exert more control over Belarusian society and crack down on perceived threats.

“Political isolation has turned him into a delusional, paranoid and petty man,” Ivar Dale, a policy adviser with the Norwegian Helsinki Committee, a human rights watchdog, toldAl Jazeera. “What you see is an unstable and dangerous man who is desperately clinging on to power, a power that he is convinced can belong only to him personally,”

Belarus passed a religion law in 2002 that was considered the most restrictive in Europe. This year, an additional law banned “organization of or participation in activity by an unregistered political party, foundation, civil or religious organization.”

“The current policy of the Belarusian government, sadly, is to create a kind of mixture of the Soviet Union and the Russian Empire,” Pentecostal pastor Antoni Bokun wrote after spending time in jail for leading a worship service. “The authorities give the appearance but not the reality of granting privileges to the Orthodox Church, while restricting religious freedom for all. … These efforts are being met with opposition, however, particularly from Protestant churches.”

Borovik’s victory at the UN has not forced Belarusian authorities to respect the rights of other evangelical Christians. Since the March ruling, several churches have been treated with reregistration.

A Pentecostal church in Minsk has been repeatedly cited for holding meetings in its parking lot. New Life Church was evicted from its building—a converted cowshed—in 2021 but has continued to meet outside, even during the cold winter months. Officials say the unauthorized meetings threaten the church’s legal status, which would allow it, hypothetically, to hold authorized meetings.

“We have nowhere to go and emotionally we are attached to this place,” the pastor told Forum 18. But, he added, “our situation is not without God's miracle … our church is still functioning.”

Another church has been fined for holding baptisms at a river and in a pool in 2022. It may also be stripped of its legal status. The pastor could appeal to the UN but told Voice of the Martyrs he probably won’t.

[ This article is also available in русский and Українська. ]

Belarus Proposes Legislation to Stop Christians From Appealing to the UN