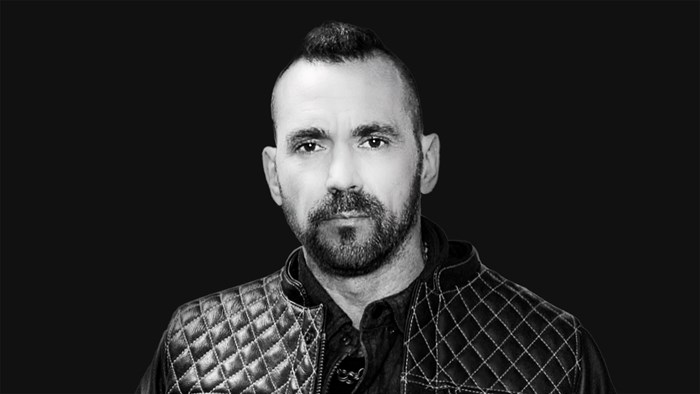 It wasn’t a joke to Jason David Frank. It wasn’t just a T-shirt or the first Christian line of mixed martial arts apparel or just the cool, multicolored tattoo he bore prominently on his forearm.

It was a statement of faith: We are weak, but he is strong; people are frail and fail and succumb to sin, but Christ bore all human weakness and conquered sin; dying he destroyed death. His love never fails. Jesus doesn’t tap.

“To me, he’s the true champion, he’s the only champion,” Frank told the Houston Chronicle in 2010. “There’s really only one true champion who’s been through, like, enduring pain, and that’s Jesus.”

Frank—who became famous for playing the Green Ranger and the White Ranger on the kids’ TV show Mighty Morphin Power Rangers, developed and taught his own form of martial arts called Toso Kune Do, and launched the Jesus Didn’t Tap line of apparel—died on Saturday, November 19. He was 49. It has been widely reported that he died by suicide.

Fans reacted to news of his death with anger, disbelief, empathy, bitterness, sarcasm, and sadness.

“[I’m] in shock and sad and don’t know how to take this. … jesus didn’t tap remember jason? why did you tap out like this????,” one fan wrote on Twitter.

Fans gathered on Frank’s official Facebook page on Monday morning after the Thanksgiving holiday to celebrate his life and share how much he meant to them. They talked about watching Frank on the Power Rangers and meeting him at comic-con events, and shared how he encouraged and inspired them.

“I don’t usually allow ‘famous’ deaths [to] affect me all that much,” one fan wrote on Facebook. “This … is different and hurts.”

Frank was born in Covina, California, on September 4, 1973, to Ray and Janice Frank. He and his brother, Erik, started taking karate lessons when he was 4 and his brother was 6.

Martial arts schools were popping up across the country at the time. Military veterans who had studied karate, judo, or tae kwon do while stationed in Asia started opening dojos, offering classes to children, and organizing regional and national competitions. The Franks studied with Louis Casamassa, a Marine who had been stationed in Japan. He opened a school in Covina in 1972, teaching his own fighting style, which would today be recognized as “mixed martial arts.” He called it “Red Dragon.”

Jason David Frank learned the Red Dragon style and earned his black belt at age 12. He competed on the karate tournament circuit at 18, and then opened his own Red Dragon Karate dojo.

He found fame at 20, when he was cast as Tommy Oliver, the Green Ranger, in a new kids’ show adapted (and using some footage) from a Japanese TV series. Mighty Morphin Power Rangers told the story of five “teenagers with attitude” who were recruited and given special powers to fight evil alien sorceress Rita Repulsa and her apparently endless array of intergalactic monsters and demons.

In the first season, Frank’s character is brainwashed by Repulsa and sent to defeat the teens with the Sword of Darkness but is ultimately freed from the evil spell and turns against Repulsa to save Earth.

The first episode premiered a week before Frank’s 20th birthday. By the end of 1994, Power Rangers had sold nearly $1 billion in action figures.

Frank’s character proved so popular he was written into the show after the initial narrative arc was finished, reborn as the White Ranger, the leader of the Power Rangers. Frank left the series in 1997 but returned regularly to reprise his role in the extended Power Rangers series.

Frank sought to translate television success into his own chain of martial arts schools. He launched Rising Sun Karate Academy, with dojos in Texas and California, teaching his own mixed martial art: Toso Kune Do, which he said meant “Way of the Fighting Fist.”

Frank was hit by personal tragedy in 2001. His first marriage ended in divorce, and his friend and fellow Power Ranger Thuy Trang died in a car accident at 27. Then he was devastated by the death of his brother, Erik, of a heart illness at 29.

So many people told him to turn to God in his grief that Frank was at first annoyed but then decided he was receiving a message.

“People were telling me I need God and all that stuff, and I was like, 'If one more person tells me that, then that is what it is,’” Frank recalled.

A short time later he became involved in an evangelical church in Crosby, Texas, where pastor Keenan Smith ran a feats-of-strength outreach ministry called Team Impact. Frank was moved to commit himself to church, follow Jesus, and combine his renewed faith with the discipline of mixed martial arts. He invested $50,000 and started Jesus Didn’t Tap with fellow Christian fighter Patrick Hutton.

The clothing line caught a wave of renewed concern about the lack of manliness in American evangelicalism and a revival of interest in “muscular Christianity.” Hundreds of churches across the country launched amateur fight clubs and mixed martial arts competitions as a way to attract, encourage, and disciple men.

Many criticized the attempt to Christianize fighting competitions. Eugene Cho, then a pastor of a church in Seattle, told The New York Times he thought people were being evangelized for the sport, not for the gospel.

Shirl Hoffman, author of Good Game: Christianity and the Culture of Sports, said it was “a locker room religion, not so much orthodox evangelicalism as a hodgepodge of Biblical truth, worn-out coaching slogans, Old Testament allusions to religious wars, and interpretations of St. Paul’s metaphors that would drive the most straight-laced theologian to drink.”

Frank, for his part, understood the mixed reaction.

“Either you like it or you hate it. It’s one or the other,” he told one reporter. “People are going to snicker and laugh or go, ‘wow that’s awesome.’”

In the first year, Frank sold $250,000 worth of Jesus Didn’t Tap clothing, he told reporters at the time. And he had deals with distributors in Great Britain and Australia. Some people bought the clothing as a joke, but Frank was convinced the message might still touch them and help them recognize the power of God’s love.

“He love[s] us when we are down on the mat struggling to get back on our feet, not just when we are on top of the world pounding away,” one company message said. “He loves us the same when we lose seven fights in a row as he does when we win seven fights in a row. His love is the same for us before, during, and after the fight. His love never changes.”

Frank did not speak openly about mental health struggles, but many fans who took pictures with him at comic-cons around the world recounted how he was kind and encouraging and helped them deal with depression and anxiety. He inspired them to set personal goals, work out, and take up martial arts.

Frank’s daughter, the actress Jenna Frank, posted a tribute to people who resist suicidal thoughts on her Instagram in July 2021.

“Congratulations for making it this far,” she wrote. “Please keep on fighting.”

Frank continued to travel and connect with fans in the United States and abroad in 2022, even as he grappled with crisis in his personal life.

He is survived by four children from two marriages: Hunter, Jacob, Skye, and Jenna. His last film, Legend of the White Dragon, which was partly funded by fans in a Kickstarter campaign, is scheduled for release in 2023.