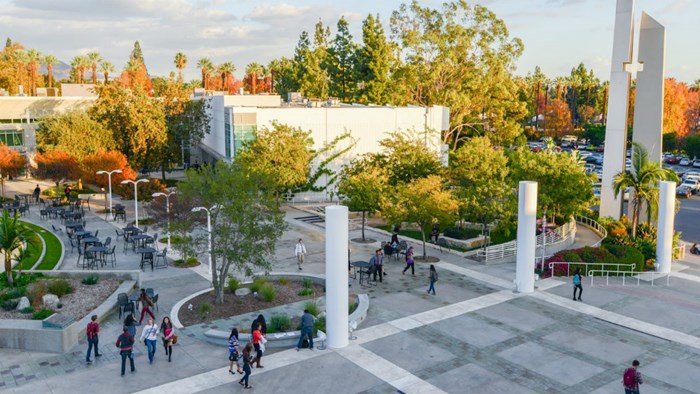 “To receive this from the Lilly Endowment gives us a five-year runway to help create these systems,” said Robert Duke, Azusa’s interim associate provost. “Five years from now, my thought is that we will have created a kind of a theological consortium here in Southern California around Hispanic theology and Spanish-speaking pastoral training in ways that, without the seed money, we may not have just had the ability to do.”

The program will include coaching for Hispanic students and pastors and address accessibility and affordability issues, according to organizers. Nearly half of residents in Los Angeles County, California, are Hispanic or Latino, according to 2021 Census data, but only 14 percent of those over the age of 25 have a bachelor’s degree—20 points behind the general population.

Each of the three institutions will offer different degrees through the program, including bachelor’s, master’s, MDiv, and DMin degrees. The colleges will also develop noncredit, coaching, and bivocational curriculum for Hispanic students.

The Lilly Endowment, a philanthropic foundation that supports the causes of religion, education, and community development (and has given money to Christianity Today), created the Pathway for Tomorrow Initiative “to help theological schools strengthen and sustain their capacities to prepare and support pastoral leaders for Christian churches,” according to its website.

The initiative has granted funds to 355 colleges in the United States and Canada, in amounts ranging from $39,000 to nearly $8 million. Azusa was one of 16 institutions given a grant in the third and largest round of funding. The school received $4,999,904, to be shared with LPU and LABI. The partnership is a little unusual for higher education, according to Duke, who was the principal author of the proposal, but also a key selling point. The schools have promised a collaborative effort, allowing prospective students increased flexibility across the region.

The program is currently in the process of bringing on a director who will oversee the grant and coordinate between the three institutions.

Christopher Coble, the endowment’s vice president for religion, said he has seen more theological schools pursuing strategic partnerships, like the one the three L.A. schools are forming to serve Hispanic students.

“Many theological schools believe that their paths to the future depend on their abilities to form strategic partnerships with other schools and church agencies,” he said. “These grants will help seminaries develop innovative and collaborative approaches to theological education that we believe will strengthen their efforts to prepare and support excellent leaders for Christian communities into the future.”

That innovation—from a new curriculum that originates in Spanish rather than being translated, to a cooperative agreement that allows students to seamlessly transfer—is critical, according to Coble, to strengthening efforts to prepare Christian leaders for ministry.

“Theological schools play an essential role in ensuring that Christian congregations have a steady stream of well-prepared leaders to guide their ministries,” he said.

Since 1980, more Christians have spoken Spanish than any other language, CT reported last month. More than 413 million Christians are native Spanish speakers, according to the World Christian Database, compared to 250 million with English.

Latinos born in America tend to prefer English worship more than Latino immigrants do, but Spanish continues to be a large part of many Hispanic churches.

“Spanish is our mother language, and it’s at the core of our roots. Spanish is the second [spoken] language in this country,” Jorge Ramos, a pastor in Hickory, North Carolina, told CT. Ramos, a native of Cuba, leads a small church that mainly serves first-generation Hispanics.

“The truth is that in the foreseeable future there will continue to be immigration of people who only speak Spanish,” he said. “And if we want to reach them, we have to be here for them.”

That idea is the foundation for much of the three colleges’ planned program. The Spanish-language theological education will be not only a more accessible option for many Hispanic students but also a much-needed support for the ministerial needs of many Spanish-speaking congregations in the US.

Developing the program, the three schools focused on the importance of cultural context, said Daniel Ruarte, vice president of academic affairs at LPU and an APU graduate.

“Contextualizing is so important because Hispanic church leadership in the US is very different than in Latin America, Europe, or other areas,” Ruarte said. “There’s a strong desire among Hispanic students to learn and grow theologically. There just haven’t been programs that have gone about it in the right way, until now.”

Hispanic and Black Americans are the least likely to be enrolled in college or have a bachelor’s degree, according to a Pew Research Center report published last month. At the same time, Latinos make up a growing share of all students enrolled at postsecondary institutions—increasing from 4 percent of all postsecondary students in 1980 to 20 percent in 2020.

APU, LPU, and LABI are currently all Hispanic Serving Institutions (HSI). They, like nearly 600 other HSI designated schools, provide expanded resources for Hispanic students, who make up at least a quarter of the full-time equivalent enrollment.

The three colleges have previously shared lecturers and event resources, but the grant represents an opportunity to dream bigger, Duke said.

“A lot of this is using these next five years to kind of reimagine what theological education can look like when people work together,” he said.

Organizers hope that the program will be something that other schools in other cities will be able to replicate, forming consortiums and borrowing the curriculum or developing their own. There are other major cities, after all, with large communities of Spanish-speaking Christians.

“I'm really hoping this generates a much wider conversation,” Duke said. “What can we create here that can be transferable to those other areas in their context?”

Though the three schools have been planning this project for several years, now that they’ve received $5 million, the work has really just begun. The question at the heart of the partnership still requires lived-out answers: How can we serve our Hispanic community better?

“We started dreaming and we got ambitious,” Ruarte said. “Now we’ve got to do it.”