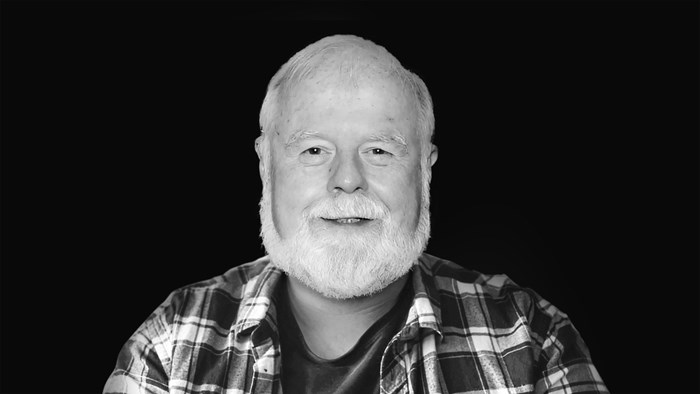 Harry Thomas, who launched the longest-running Christian music festival in the United States and who pleaded guilty to sexually assaulting four small girls, died in prison at age 78.

There was no public announcement of his passing, nor a funeral or public memorial. According to the New Jersey Department of Corrections, the man once known as the “grandfather of Christian music festivals” died in April, with 13 years left on his sentence.

Thomas did not cofound the first Christian music festival, as his organization sometimes claimed, but Creation was by far the most successful. It attracted tens and hundreds of thousands of teenagers to rural Pennsylvania every year to see the biggest acts in contemporary Christian music and commit themselves or recommit themselves to following Christ.

But in 2018, Thomas pleaded guilty to raping one girl who was under the age of 10, touching the genitals of three more, and exposing himself to a fifth. The sexual assaults spanned a 16-year period and only stopped when one of the victims told her mother what had happened to her.

A relative of one of the victims called him “a ravenous wolf” and “one of the greatest hypocrites—a child molester masquerading as a pastor.”

Another, looking across a New Jersey courtroom at the pastor and one-time Christian radio DJ, said, “Harry Thomas, you will surely rot in hell.”

Thomas wept as he was sentenced to 18 years in prison and said he was sorry for the pain he’d caused.

“I agree with the Scriptures,” he said. “It would be better for a millstone to be hung around my neck and be cast into the sea. That’s what I deserve.”

Before his arrest, Thomas was an ordained Baptist pastor with charismatic leanings and the man behind one of the largest evangelical youth gatherings in the country. It started, as he regularly the story, with a vision he had in 1971.

“I don’t want to get too mystical on you,” he said, “but I had this very quick vision of thousands of kids on a hillside. I mean it was that quick,” and he snapped his fingers.

Thomas was at the time the pastor of a small country church in New Jersey, and he decided to start a radio show playing contemporary Christian music. Come Alive was popular enough to get picked up by a few stations and help Thomas make connections with artists, promoters, and record executives in the burgeoning Christian music industry.

He decided that wasn’t enough, though.

“I really desired to reach out to young people,” he said in 2000. “Always had that desire.”

In 1979, he, his wife, and another minister named Tim Landis decided to throw a Christian music festival. They found a spot in Lancaster, Pennsylvania; bought a giant banner that said “JESUS”; booked the most popular evangelical acts that they could, including Petra and Keith Green; and prepared for about 3,000 people.

Around 5,000 showed up, and Creation was deemed a roaring success.

More than 8,000 people showed up and many teenagers committed their lives to Christ, some getting baptized right there in rural Pennsylvania.

“We want to see lives transformed, and that may not be a new thing, but that is a real thing,” Thomas later said. “The hokey pokey, that’s not what it’s all about. It’s about Jesus.”

In 1981, the Lancaster New Era newspaper reported on a 12-year-old who saw those baptisms and went home determined to get baptized too. Her Methodist minister informed her that she had already been baptized, as an infant, but the girl was so moved by what she saw at Creation that she convinced her minister to do it again.

“Some have a strong feeling there is a stronger spiritual need for immersion baptism,” the minister told the New Era.

By 1983, the festival was drawing more than 20,000 people every year, and by the 1990s, the Associated Press had dubbed Creation “the Christian Woodstock.”

A second festival was launched in George, Washington, and by the early 2000s, the two events were drawing roughly 800,000 teenagers.

The festival wasn’t all emotional connections to God and river baptisms, of course. Visiting reporters were fond of taking note of the undecipherable lyrics of some of the songs and the too-decipherable slogans on some of the merchandise, with T-shirts that said things like “My friends went to Hell and all I got was this lousy T-shirt.”

Occasionally, though, the earnestness and longing of hundreds of thousands of evangelical teens would crack the cynicism of even the most cynical reporter, who would be moved, if not to conversion then compassion.

The journalist John Jeremiah Sullivan wrote a long first-person account for GQ in 2004. He drove to the festival in a 29-foot RV, fell in with a bunch of young Pentecostals and one Baptist who were volunteering at Creation, and before long started to revisit his own history of belief and how he’d drifted away.

“One has doubts about one’s doubts,” Sullivan wrote.

He couldn’t stand most of the music—though he thought Pedro the Lion was alright—and the adults at the festival come across in the article as shouting, sweaty monstrosities. But Sullivan was nonetheless moved by the teenagers.

“I thought of Darius, Jake, Josh, Bub, Ritter, and Pee Wee, whom I doubted I'd ever see again, whom I'd come to love, and who loved God,” Sullivan wrote. “They were crazy, and they loved God—and I thought about the unimpeachable dignity of that love, which I never was capable of. Because knowing it isn't true doesn't mean you would be strong enough to believe if it were.”

It was about that same time that questions were first raised publicly about Thomas and child abuse. In his role as pastor of a church in Medford, New Jersey, he advocated for a couple that was accused of starving four foster children. The boys, aged 9 to 19, each weighted less than 50 pounds.

Thomas raised money for their legal defense and spoke to the media on their behalf, attempting to explain away or just dismiss some of the horrific details.

"I find it very hard within me to believe they have done this in any purposeful way,” he told the South Jersey Courier-Post. “If in fact they have done it.”

The husband of the couple died before trial; the wife was sentenced to seven years in prison.

He was suspended from the festival and his church, and the two organizations released statements of regret.

“It is requested that all pray for the parties involved and refrain from speculation regarding the circumstances,” the statement said.