The singer allegedly groomed students at a Kentucky church through back rubs and unaccompanied sleepovers, according to an investigation by GRACE.
Kate Shellnutt and Megan Fowler|June 23, 2022 11:56 AM 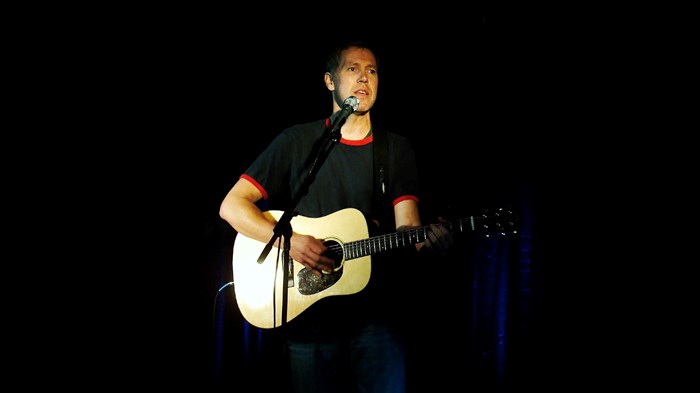 Three men reported that Christian musician Chris Rice took advantage of a youth ministry culture that normalized massages and sleepovers to groom them as teenagers more than 20 years ago.

An investigation by Godly Response to Abuse in the Christian Environment (GRACE) found their stories credible, including an account of “explicitly sexual contact.” The GRACE report, made public this week, focused on Rice’s involvement at Tates Creek Presbyterian Church in Kentucky during the height of his music career in the late 1990s and early 2000s.

“Rice’s role as a worship leader and a spiritual teaching leader at one or more retreats created a mentor, non-threatening role that reduces the defenses of those under that person’s authority,” the investigators wrote.

Young men looking for a mentor in the music industry say they found the singer was more interested in touching them than talking about songwriting.

Rice first landed on the CCM scene with the Christmas song “Welcome to Our World” and was nominated for six Dove awards for his 1997 debut album Deep Enough to Dream. He was close friends with Brad Waller, a former Tates Creek pastor who was the subject of a 2018–2019 investigation by GRACE.

Waller had a habit of massaging students’ feet and admitted there was a sexual element to his behavior. In a statement in 2020, the church said the singer’s friendship with Waller allowed Rice to develop close relationships with several students at Tates Creek. The Waller investigation led a former student to come forward with allegations against Rice, and the church launched another inquiry.

Another student stayed overnight for a week in Rice’s home after graduating high school, and the two both slept in a tent indoors. He said Rice asked to see his back muscles and would grab his thighs in a way that made him uncomfortable.

A third said Rice sought him out for one-on-one conversations and time together. When Rice fell asleep lying on him on a bus ride, the student saw their interactions as a “bromance,” but now, in hindsight, he views the behaviors as grooming.

GRACE concluded that the student ministry culture “blurred many boundaries” with so much prolonged physical touch and unaccompanied overnight trips. The report recommended the church focus on improving its policies to identify grooming behavior as well as same-sex abuse in particular.

Investigators interviewed seven former students and volunteers who were at Tates Creek when Rice was involved between 1997 and 2003. The former student who said he was touched under his boxers was the only one to report “explicitly sexual contact,” though other circumstances “could also be considered misconduct,” the report said.

Multiple people recounted Rice’s reputation for giving back massages. Looking back, one noted how he would have balked if any other man regularly asked to rub his back and hear about his day, but it was “part of the culture of the youth ministry.”

With Rice, he said, “there was an enormous power differential in that relationship … because he was kind of like a pastor. He had this giant spiritual influence.”

Church leaders informed the police when the former student came to them in 2020 with allegations against Rice. Senior pastor Robert H. Cunningham initiated the investigations into Waller and Rice. The church has no record of policies to protect children during their time at Tates Creek. “We are ashamed that it took a public scandal for us to seriously revisit policies and procedures,” the pastor said.

“What allegedly happened at TCPC years ago was horrific,” he told the church in a statement on Monday. “Remain humble, teachable, and vigilant, lest it happen again.”

Tates Creek has urged other churches and ministries Rice was involved with “to take seriously the allegations found in our report and investigate for any potential misconduct.”

Rice won the Dove Award for male vocalist of the year in 1999 and became a fixture on the Christian music scene. He quietly disappeared from the scene after the release of his 2007 album What a Heart Is Beating For, focusing instead on his work as a painter, and returned in 2019 with the release of Untitled Hymn: A Collection of Hymns via Fair Trade Services.

He did not participate in the GRACE investigation and has not commented on the allegations. His social media accounts have been taken offline.