Church agricultural initiative is supporting rice, corn, pigs, and other crops from Liberia to Mozambique.
Ryan Truscott|June 7, 2022 10:00 AM
Français 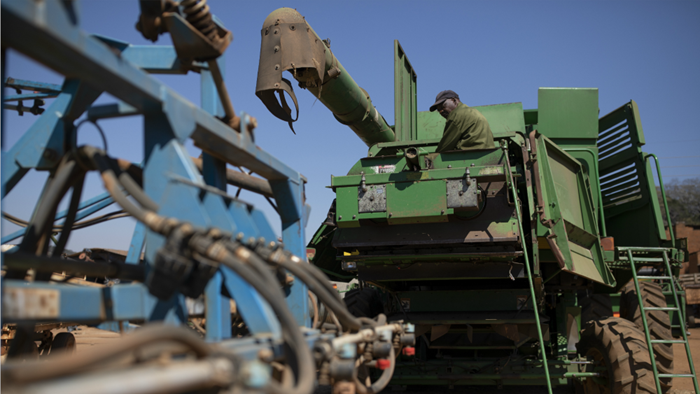 The United Methodist Church (UMC) has approved grants worth $3.5 million to promote agriculture as churches within its African conferences seek to become less dependent on Western funds.

The money is being channeled through the Bishop Yambasu Agricultural Initiative (BYAI)—a project named in honor of John K. Yambasu, a leading figure in the church who died in a traffic accident in Freetown, Sierra Leone, two years ago.

Three million dollars has already been dispersed under BYAI to support projects in a dozen regional church conferences.

“The goal of this whole program is to develop financial self-sustainability in our annual conferences in Africa,” Roland Fernandes, general secretary of Global Ministries and the United Methodist Committee on Relief, told CT.

Projects supported by the initiative include rice farms and beekeeping in Liberia; fish farms in Ivory Coast; maize, cassava, and livestock in Angola; and pigs and market gardens in Mozambique.

“For me this is one of the flagship programs over the past two years since I’ve been general secretary,” Fernandes said. “That’s why we’re doubling the investment in it now. Africa is a big focus for us as an agency.”

Dependence on Western funds has become an urgent concern for African Methodists as the UMC has moved toward division over LGBT issues. Theologically, the African conferences align with the traditionalists who maintain that homosexual sex is a sin and marriage should only be between a man and a woman. But the traditionalists in the US also want to reduce their churches’ denominational giving, and progressives are likely to remain in control of the denominational structures that have financially supported African churches, making future funding uncertain.

More than 70 percent of the African conferences’ funding comes from the West, said Kepifri Lakoh, an agricultural consultant in Sierra Leone providing technical leadership for the initiative.

“That model is definitely not sustainable. So, it was out of an attempt to solve that problem that this vision was born, and the bishop [Yambasu] thought, Why not use the resources that are in Africa to actually generate revenue to sustain the church?”

The initiative is still in its early days. Different conferences are at different stages of the granting process, and agriculture takes time to bear fruit. But already there are promising signs. And it’s not just in the fields.

“We went into this with the objective that the conferences should learn a new approach or mode of engagement with Global Ministries,” Lakoh said. “It used to be that we’d give out grants and after they were finished, they’d come back and ask for more. Now we have cases where we’ve started getting inflows [from crops] in Sierra Leone. Those inflows are plowed back into the business.”

Money obtained from a first cycle of funding in Sierra Leone’s Moyamba and Pujehun districts—ranked among the poorest in the West African country—went toward the purchase of seeds. In the second cycle, earnings from the first rice crop were reinvested to scale up production and pay for seeds, fuel, and wages for a tractor driver.

In the 2021 season, farmers under the initiative grew close to 200 hectares (494 acres) of rice in Sierra Leone. This year they hope to grow 600 hectares (1,400 acres), and the project has now expanded to a third district—Tonkolili.

Ultimately, Global Ministries wants to see farming activities scaled up and commercialized throughout its conferences in West, East, and southern Africa.

Boosting household income and food security is hugely important in sub-Saharan Africa where, according to World Bank figures, 424 million people live on less than $2 per day.

In Sierra Leone, the BYAI’s support for smallholder farmers in communities surrounding church-owned land is a critical part of the strategy.

The conference helps farmers with seeds, tillage, and harvesting. In return the farmers support activities on the church-run farms, helping with planting, weeding, and scaring away birds.

Lorraine Charinda, a Zimbabwean missionary and project coordinator, runs day-to-day activities funded by the initiative on church-owned farms in the UMC’s North Katanga annual conference, in the Democratic Republic of Congo.

Charinda, whose professional training is in agribusiness and agricultural economics, said the grant they’ve received is being used to grow seed for food crops, including soya and maize. Maize is a staple in southeastern Haut-Lomami province, where she’s based in the capital, Kamina.

The soya and maize seeds they're growing, she says, are suited to local soil types and the province’s tropical climate. They should provide better yields at a lower cost than expensive imported varieties.

Under the second phase, which started June 1, seed is being cleaned, graded, and packaged for sale to surrounding communities.

It will also be distributed to four other church farms to grow crops there. By the end of the project, they plan to grow crops and seed for maize, soya, and rice on all 12 of the conference’s farms, located in four districts.

Surrounding communities will benefit from cheaper inputs for their own crops and employment on the church-run farms.

The missionary said she and colleagues drew inspiration for their work from the story of the feeding of the 5,000. Like the five loaves and two fish, the project has started with something small but is working to expand to something far greater.

For Fernandes, the Global Ministries general secretary, sustainability and local ownership of projects in Africa are guiding principles for the initiative that represents a move away from “the colonial approach” to how the church did mission in the past.

“We help them, but the program is owned technically by the local conferences,” he said. “The word we often use is ‘mutuality in mission.’ How do we both learn from each other?”

[ This article is also available in Français. ]

Looking for Independence from Western Funds, ...