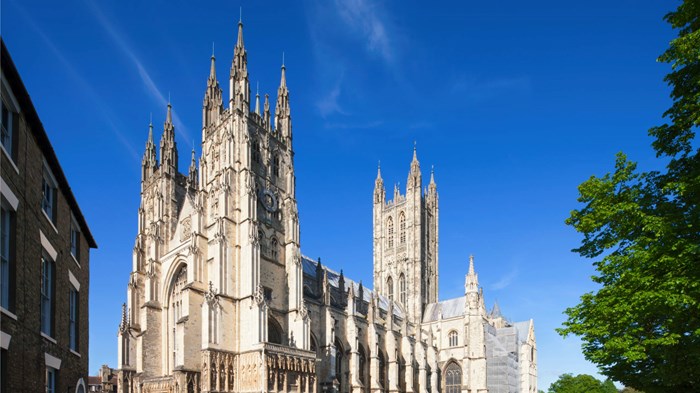 To organizers of the Anglican Communion’s Lambeth Conference, the global body has come to a point where it has to agree to disagree on same-sex marriage.

Ahead of the once-a-decade gathering, organizers scrapped a statement that would have reaffirmed the conference’s historic stance against same-sex marriage.

The proposed statement on human dignity—one of many declarations, or “calls,” that will go before the 650 bishops for approval—received pushback from LGBT-affirming leaders in the global body, including Episcopal clergy. The dramatically revised statement now recognizes Anglicans’ “deep disagreement” on LGBT issues instead.

It says that “many Provinces continue to affirm that same gender marriage is not permissible” and “other Provinces have blessed and welcomed same sex union/marriage after careful theological reflection and a process of reception.” It also reiterates how Lambeth’s 1998 resolution advised against legitimizing or blessing same-sex unions.

“We have listened carefully and prayerfully to what bishops and many others have said in response to the draft Calls, especially that on Human Dignity,” said Bishop Tim Thornton, the bishop overseeing the calls subgroup. “Archbishop Justin [Welby] has invited the bishops of the Anglican Communion to come together as a family to listen, pray and discern—sometimes across deeply held differences.”

The Anglican Communion includes an estimated 85 million members spread across 41 provinces, including The Episcopal Church in the United States.

Bishop of Los Angeles John Harvey Taylor was among the critics of the original call, as were clergy in Wales, who voted last year to bless same-sex marriages. The Episcopal Church was suspended from the Anglican Communion in 2016 for three years for sanctioning same-sex marriage.

At the conference—which runs July 26 through August 8 in Canterbury, England—bishops will be given the opportunity to vote on each call, saying either it speaks for them, does not speak for them, or requires further discernment.

Prejudice on the basis of gender or sexuality threatens human dignity. Given Anglican polity, and especially the autonomy of Provinces, there is disagreement and a plurality of views on the relationship between human dignity and human sexuality. Yet, we experience the safeguarding of dignity in deepening dialogue.

It is the mind of the Anglican Communion as a whole that “all baptised, believing and faithful persons, regardless of sexual orientation are full members of the Body of Christ” and to be welcomed, cared for, and treated with respect (I.10, 1998).

Many Provinces continue to affirm that same gender marriage is not permissible. Lambeth Resolution I.10 (1998) states that the “legitimizing or blessing of same sex unions” cannot be advised. Other Provinces have blessed and welcomed same sex union/marriage after careful theological reflection and a process of reception. As Bishops we remain committed to listening and walking together to the maximum possible degree, despite our deep disagreement on these issues.

According to Ian Paul, a member of the Church of England Evangelical Council, the process for drafting the Lambeth calls has complicated an already sensitive and divisive issue. He said the document with the calls came out last-minute and a member of the group drafting them said the wording had been changed without their knowledge.

“There are issues around the content, but I think there are really big issues around the process here,” Paul told PremierNews. “If you’re going to deal with something controversial amongst people who have different views, here’s the golden rule: No surprises. Put everything out in the open. Give people plenty of time. I think the real problem here is that everything’s come very, very late … that’s a guarantee to create misunderstanding and I think to create a lack of trust.”

The Lambeth Conference is convened by the Archbishop of Canterbury typically once a decade, but this is the first gathering since 2008 after the 2018 conference was postponed due to tensions over the LGBT issue and the 2020 event couldn’t be held due to COVID-19. It’s also the first to be led by Welby, who succeeded Rowan Williams in 2012.

This year’s event is being boycotted by theologically conservative primates from Nigeria, Uganda, and Rwanda, the Religion News Service reported.

“Nothing has really changed about the issues in contention, which broke the fabric of the communion in the first instance. Rather, things are getting worse as the culprits are becoming more daring and persistent in their errors and rebellion,” Archbishop Henry Ndukuba, Archbishop Stephen Kaziimba, and Archbishop Laurent Mbanda wrote in a letter.