The Christian legal advocates with Alliance Defending Freedom are now working in over a hundred countries.
David Roach|July 27, 2022 11:59 AM
简体中文繁體中文 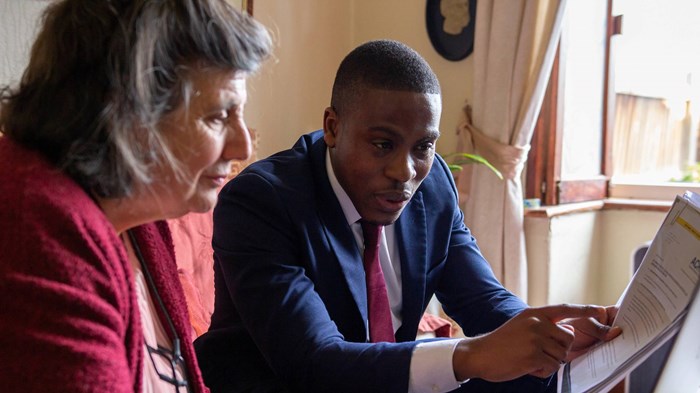 Religious liberty won a victory this month in the United Kingdom.

Prosecutors there dropped charges against 76-year-old Rosa Lalor, who was arrested in 2021 for praying silently outside an abortion clinic. A police officer said Lalor, though socially distanced, masked, and outside, was protesting and didn’t have a “reasonable excuse” to be outdoors during COVID-19 restrictions. She was put in a police car and fined for violating public health measures.

But the British grandmother only had her penalty dismissed after a yearlong legal battle in which Lalor was backed by the religious freedom advocacy group Alliance Defending Freedom International (ADFI).

“The right to express faith in a public space, including silent prayer, is a fundamental right protected in both domestic and international law,” said ADF UK legal counsel Jeremiah Igunnubole. “Whether under coronavirus regulations or any other law, it is the duty of police to uphold, rather than erode, the rights and freedoms of women like Rosa.”

Lalor’s case isn’t an isolated incident. Though Alliance Defending Freedom (ADF) has drawn more publicity for bringing religious liberty cases to the US Supreme Court , its international arm has won more than 1,500 cases in 104 countries since 2010.

Following its first decade of work in the US, ADF began receiving requests for help on international violations of religious liberty.

“We simply did not, at that time, have the network and the resources to deal with all these complaints because we were very US-focused in our advocacy,” said Lorcan Price, European legal counsel for ADFI. “There was a sense that something had to be done about that. Particularly the whole issue of the real, physical persecution of Christians around the world catalyzed the whole thing.”

So ADFI launched in 2008. Among its office locations: Vienna, Brussels, Strasbourg, Geneva, Mexico City, and New Delhi. The group focuses on countries that uphold the rule of law (at least to some degree) but leaves religious liberty advocacy in totalitarian regimes like North Korea to other organizations. Its mission is to keep doors open for the gospel by contending for religious liberty in courts worldwide.

Though ADFI’s advocacy across the globe has quietly achieved considerable success in court, it’s harder than in the US to ensure the rulings are actually enforced. Nearly 80 percent of the world’s population lives in regions where religious liberty is highly restricted, according to the US State Department.

“Sometimes they operate in pretty tough neighborhoods,” said Wolf, a former ADF board member, adding, “I don’t think there are any [organizations] that rival what they do.”

Currently, ADFI has more cases in India and Asia than through any of its other offices. The 50 staff members in South Asia “have an extraordinary workload because of what’s happening in India,” Price said.

In addition to court proceedings, attorneys there spearhead “investigation of violence where the local authorities have refused to do their job and actually to investigate mob violence against Christians.”

Europe has its challenges too. Some ADFI cases reach the European Court of Human Rights, an international court that interprets how the European Convention on Human Rights should be applied in 46 participating nations (45 after Russia’s expulsion becomes final in September). However, no European agency enforces the decisions, and countries like Russia, Ukraine, and Turkey ignore the court’s judgments at times.

Amid that milieu, some have wondered whether court advocacy can advance international religious liberty to any worthwhile degree—especially in nations that don’t respect court decisions.

Sam Brownback, US ambassador at large for international religious freedom during the Trump administration, says it can. Fighting in court for religious liberty is “a good tactic” but “not always a sufficient tactic,” he said. It’s “real tricky terrain to operate within these countries that have laws but don’t often follow their own laws.”

Bringing a complaint in court often can “get attention” for a religious liberty violation, Brownback said. Then political pressure can be brought to bear on the offending nation. A “classic” example was the case in Turkey of American pastor Andrew Brunson.

The North Carolina pastor was released in 2018 from two years of detention in Turkey on terrorism and espionage charges that Brunson denied. Brownback attended one of Brunson’s trials on behalf of the Trump administration and met with Turkish officials. The political pressure to release Brunson included increased tariffs on Turkish aluminum and steel imposed by President Trump.

ADFI continues to support the legal facet of other religious liberty cases. For instance, Päivi Räsänen, a Finnish member of Parliament, was charged with hate speech for criticizing the Finnish Lutheran Church’s participation in LGBT Pride Month. Part of her alleged offense was tweeting a Bible verse. Despite an acquittal this spring, the prosecutor has signaled her intent to appeal. Price is part of the team defending Räsänen.

“We see our function as keeping the door open for the gospel by using any of the means that we can as lawyers to achieve that,” Price said. We are “trying to uphold the rule of law in those countries that are willing to uphold it to protect religious liberty.”

That’s why ADFI helped Christians and Muslims in Uganda end a nationwide ban on public worship last fall. Though COVID-19 measures had been lifted for malls, arcades, and business centers, public worship was prohibited—even if it occurred outdoors. Court cases continue in Uganda to ensure the government cannot reinstitute blanket bans on worship.

Forced conversion in Pakistan, persecution of a house church in Russia, suspension of a midwifery student in the UK for her pro-life views, evangelical persecution in Bulgaria, and criminalization of evangelism in Nepal are among ADFI’s other pending cases.

“There are a lot of passages in the Bible” that reference religious liberty, Wolf said. “Yet all over the world people of faith are being denied the fundamental and inalienable human right to confess and express their faith according to their conscience.” ADFI’s work “is probably more important now than ever before.”