With the Heartbeat Act restricting abortions after six weeks, the women coming in for tests are earlier along, more confused, and more desperate.
Ericka Andersen|January 21, 2022 06:00 AM 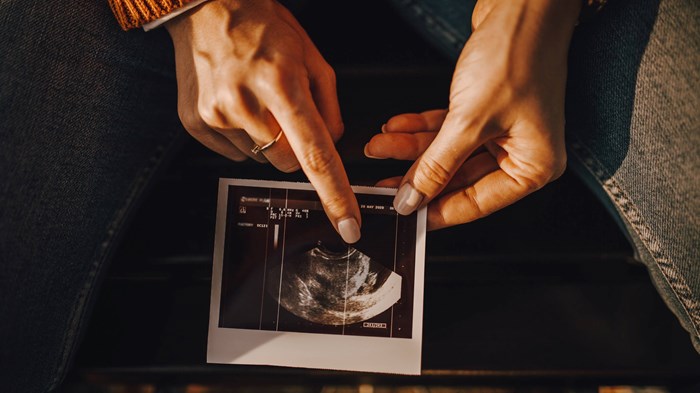 On paper, Texas’s Heartbeat Act—the most restrictive ban on abortion in the country—doesn’t affect the nearly 200 pregnancy centers spread across the state, since such facilities don’t perform abortions or make abortion referrals.

Yet those who work at pro-life pregnancy centers have seen shifts in their clientele ever since the law passed in September, making it illegal to perform abortions on women when a fetal heartbeat is detected.

Centers were flooded with phone calls from women worried they might be pregnant or unclear about the details of the law. Tonya Thomas, executive director of Pregnancy Help 4 U in Keller, Texas, said client calls and walk-ins picked up right away.

“Before, we would see them at 6–8 weeks of pregnancy,” she said. “Now, we’re seeing them right at 4 weeks—as soon as they think they should have their period. … They know time is of the essence.”

Women who are further along know they’ll have to cross state lines to obtain an abortion, so they go straight to facilities out of state, like in Oklahoma and New Mexico, where there are fewer restrictions. The new clientele at Texas centers often arrive in shock and desperation, never expecting to face a decision so early in pregnancy.

“We have heard of some clients being upset at the pregnancy centers themselves, thinking they are to blame for the new law,” said Vincent DiCaro, chief outreach officer (COO) of Care Net, the evangelical network of more than 1,100 pregnancy centers around the country and 168 in Texas. “Many of our centers have said it's a very challenging environment.”

The controversial law comes as a victory for pro-life advocates—the University of Texas estimates that 8 in 10 women seeking abortions will now carry to term—but the move also puts more pressure on women who experience unplanned pregnancy. They must make a quick decision since heartbeats can be detected as early as six weeks, around the time many women realize they’re expecting.

Pregnancy center staff across the Lone Star State recounted to CT high numbers of panicked women not even certain they were pregnant—one woman still mid-cycle—coming in for free pregnancy tests their facilities offered.

“They’re hostile, in a hurry, and don’t want to answer questions,” said Deborah McGregor, chief executive officer of Care Net Pregnancy Center of Central Texas, which is located across the street from a Planned Parenthood in Waco.

Women generally come into the clinics to get free pregnancy tests or an ultrasound to find a heartbeat. Some don’t have health insurance to cover a doctor’s appointment. Thomas recounted the story of a woman who came to Pregnancy Help 4 U after the local Planned Parenthood quoted $95 just to see her. Unable to pay, she turned to the center for help.

“Our client advocate asked if she had considered adoption, and she hadn’t,” said Thomas. “She had literally thought abortion was her only option, but we were able to relay that information … have a spiritual conversation, and she left in tears.”

With only 600 Planned Parenthood centers across the nation and less than two dozen abortion clinics in Texas, pregnancy centers offering free services are generally more accessible and available.

Some clients walk in thinking abortion is offered, a common mistake. They often stay, however, for the free testing. This gives the pregnancy center staff a brief opening to show care, inform each woman of options, and offer support if she chooses to continue her pregnancy.

With intake forms, brief questioning, and a pregnancy test, an appointment can last 30 minutes to an hour, depending on how quickly the client moves through the steps. Most centers offer high-grade urine tests, and results are delivered within a few minutes. Once pregnancy is confirmed, women can then decide if it’s worth making an appointment at an abortion clinic.

“More women than not decide to carry to term [after visiting the clinic],” said McGregor, who said she welcomes the opportunity to speak with women regardless of how they approach the appointment. “We ask for permission to follow up even if they do go through with the abortion.”

Texas has more pregnancy centers than any other state in the country—198 according to one directory—and most are faith-based ministries operating free of charge. Studies have found that close to half of those seeking abortions have had them before, so an open line of communication gives a woman the chance to choose life for a future pregnancy, even if she chooses abortion now.

As for immediate needs, most centers are well stocked with supplies like diapers, strollers, and baby gear. But if abortion restrictions hold in Texas and continue to expand in other states, DiCaro said the long-term trajectory will require more partnership with local churches. With close to 400,000 churches in the United States, the 2,700 pregnancy centers need their help in the days to come, he said.

“If you take the Texas law and multiply it by every state that is politically similar,” said DiCaro, “how overwhelmed they would be. … They can’t do this on their own.”

Though pregnancy centers are important, he said, the church should be on the frontlines of caring for vulnerable women in the community first.

When churches do step up, it makes a big difference. When Erika S. found Pregnancy Help 4 U in a Google search two years ago, she was under extreme financial stress and considering abortion.

“They talked with me, prayed for me, and made me feel like it was going to be okay,” she said in a phone interview. (She asked CT to use only her last initial for privacy.)

The support moved Erika to continue her pregnancy. She kept appointments with the center, and soon a local church offered to pay her medical bills and provide all the items needed for the baby’s first months of life.

Now that more women in Texas will be unexpectedly parenting, such church partnerships will be key.

Prior to the Heartbeat Act, when women could obtain an abortion up to 20 weeks in Texas, an estimated 85 percent of abortions happened after the six-week mark. The AP reports multiple abortion clinics turning patients away in compliance with the law after heartbeat detection—causing their daily number of abortion procedures to be reduced by more than half.

In addition to the six-week ban, Texas has other restrictions in place, including a required ultrasound and 24-hour waiting period and a ban on telemedicine for abortion pill prescriptions.

The combination of regulations, along with the Heartbeat Act, saw the number of abortions slashed by half in September and October 2021.

The lives saved by the law are a victory. Yet lockdowns and pandemic-related struggles compound the stress of unplanned pregnancies.

“Proverbs says, ‘Hope deferred makes the heart grow sick,’” said McGregor. “Hope was deferred all year long in 2020, so people feel defeated, like everything is out of their control.”

Thomas, of Pregnancy Help 4 U, agrees. She said her goal is to ensure women who come to the office under the new law “can feel they are being cared for and that we don’t have anything to gain from their visit.”

She counts on God’s love to illuminate their conversations with abortion-minded women. Client advocates, she said, help each woman find “peace of mind” to care for her own health first—so she can then advocate for the life of her unborn child.

“I don’t know what I would have done without them,” said Erika S. “I might have gone through with [the abortion] … so I hope more centers like this open up around the state.”

Other states are aiming for the same outcome as Texas. A Mississippi bill proposed and blocked in 2018 would ban abortion after 15 weeks—and may pass later this year, pending a ruling by the Supreme Court. If approved, the viability standard that Roe v. Wade set for abortion restrictions would likely be overturned, changing the game for abortion measures at the state level.

The Supreme Court heard oral arguments for this case—Dobbs v. Jackson Women’s Health Organization—last year and will likely rule on it in June.

“States are going to wait and see what happens when the Supreme Court votes on Dobbs,” said DiCaro. “That will probably have an effect on what other states choose to move forward with.”

In the meantime, Texas pregnancy centers are ready and waiting for women in need of pregnancy tests, ultrasounds, spiritual guidance, physical support, and the assurance that they can choose to give their children life even in the hardest of circumstances.