He personally led more than 10,000 to Christ and grew Briarwood Presbyterian from a storefront to a megachurch.
Daniel Silliman|January 3, 2022 01:00 PM 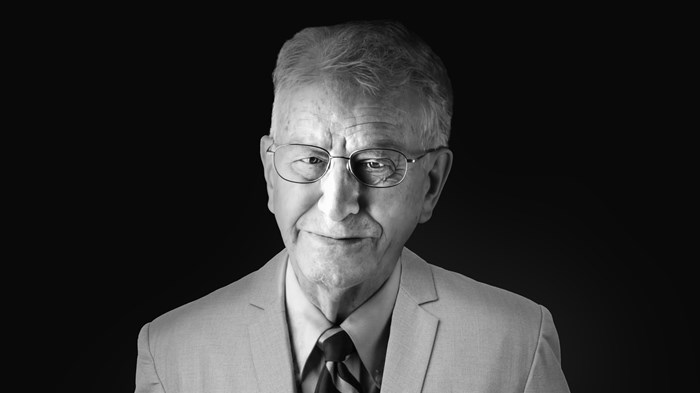 Frank Barker Jr., the founding pastor of one of the flagship congregations of the Presbyterian Church in America (PCA), died on December 27. He would have turned 90 this month.

Barker started Briarwood Presbyterian Church in a storefront in a Birmingham suburb and grew it to a congregation of more than 4,000 by the time he retired in 1999, making it one of Alabama’s first megachurches and a strong example of the PCA’s commitment to evangelism.

“He both modeled and motivated the PCA to be passionately committed to the Great Commission, the basic work of evangelism, and discipleship,” Harry Reeder, who succeeded Barker at Briarwood, told byFaith, the PCA’s denominational magazine. “He was an excellent example of being a true churchman with a kingdom heart.”

According to Barker’s daughter Peggy Barker Townes, he personally led about 10,000 people to Christ and discipled countless more in Birmingham, around Alabama, and across the Southeast. Notable people who studied the Bible with Barker include Alabama Republican Party chairman Bill Amistead and Auburn Tigers placekicker-turned-evangelist John “Rat” Riley.

“If you meet a Christian in Birmingham who is 60 or older,” Campus Outreach pastor Olan Stubbs told The Gospel Coalition in 2018, “and you ask them how they came to Christ, I’d bet my money that at some point they’ll mention Frank Barker.”

‘The wages of sin is death’

Barker was born in Birmingham on January 31, 1932. By his account, he went wild in high school, continued his raucous living at Auburn University, and partied his way into the US Navy, where he trained to be a jet pilot.

He was occasionally scared straight by close brushes with death. Once, according to a story he frequently retold, he fell asleep at the wheel of a car while doing 60 mph between Birmingham and Pensacola, Florida. He swerved off the road and crashed. When he got out of his car, he saw a sign nailed to a pine tree: “The wages of sin is death.”

“That got my attention,” Barker said. “I started trying to straighten up.”

During one of his attempts to turn from parties to the straight and narrow, Barker decided to become a minister. He believed the extra effort would help him earn God’s forgiveness. He enrolled in Columbia Theological Seminary, a Presbyterian school near Atlanta, and started working at a Presbyterian church.

After a difficult first year in ministry, though, Barker wondered if he was even really a Christian. He asked an Air Force chaplain whom he knew how he could be sure, and heard—for the first time—that he couldn’t earn his salvation.

“That’s wrong,” Barker said to the chaplain. “God’s not going to just give this thing away!”

Finally convinced that God did, in fact, “just give this thing away,” the young minister accepted Jesus’ free gift.

“I had totally missed that salvation was about grace,” he later said. “I surrendered my will and transferred my trust from me to Christ. When I did that, life began to change dramatically.”

In 1960, the Presbyterian Church US, commonly known as the Southern Presbyterian Church, asked Barker to start a congregation in Vestavia Hills, Alabama. The new suburb only had about 4,000 people at the time, but it grew more than 200 percent over the next decade as Birmingham became a center for the struggle over civil rights and white people fled the city.

Briarwood Presbyterian grew with the suburbs, expanding from one store to three and then leaving its shopping center with plans for the construction of a hilltop church that ultimately cost $32 million.

Barker was not renowned for his preaching, but the church continued to draw crowds, and he emphasized the importance of evangelism.

“Every Wednesday night we would have evangelism training, and then go out and call on people,” he told TGC. “I’d like to just settle in and read a book. But the Bible tells us to reach out to others, so I had to discipline myself to do that.”

At the time, conservative Presbyterians concerned about the liberal forces in the denomination were opposed to churches getting involved in politics. They argued that the church’s mission of “winning people to Jesus Christ” was fatally compromised by “overemphasis on social, economic, and political matters”—in particular the agitation over racial segregation.

Paul G. Settle, considered the first member of the PCA, listed “Compromise of the Spiritual Mission of the Church” as the first concern of conservative Presbyterians, followed by “Union with non-Reformed Bodies.”

Barker, allied with the conservatives, avoided involvement in the civil rights movement. He did not make any public statements when white supremacists bombed a Black church and did not join the “Birmingham Campaign,” when Martin Luther King Jr. led protests in the city.

Briarwood did, however, start a whites-only school in 1965.

The school officially changed its policy to allow Black students to apply for admission in 1970 after the Internal Revenue Service threatened to revoke the tax-exempt status of what were called “segregation academies.” That year the school doubled in size, growing from 210 students to about 500. All of the students were white, and a spokesman for an association of Christian schools told a local newspaper that about half the parents switching from public to private were vocal about their opposition to racial integration.

Today, Briarwood Christian School is considered one of the best elementary schools in the Birmingham area. More than 90 percent of the students are white. The denomination formally repented of its historic support for segregation in 2016.

Tensions between conservatives and liberals in the Southern Presbyterian Church continued to grow as liberal leaders sought reunification with the Northern Presbyterians, who issued a new confession in 1967 calling Christians to the work of reconciliation, including racial reconciliation. Conservatives were also concerned about weakening commitments to the Westminster Confession and catechisms and denominational requirements that ordained ministers affirm the doctrines of Christ’s virgin birth, his bodily resurrection, and the Trinity.

“By 1968, practically every doctrine held precious by God’s people had been denied, rejected, ridiculed, or at least called into question in the denomination’s official publications, pronouncements, policies, or programs,” Settle wrote in an official PCA history.

When conservatives gathered in Macon, Georgia, the next year to write “a new statement of purpose” that “stressed the defense of the Reformed faith and Presbyterian polity at all costs,” Barker was one of the key speakers.

Four years later, when representatives from 260 congregations decided to break away and form a new conservative Presbyterian denomination, they gathered at Briarwood. Barker presided over the First General Assembly of what was then called the National Presbyterian Church, served on the missions committee and the constitution committee, and led the gathered elders in worship.

“He gave me some strong marching orders: ‘Don’t ever let a year in the life of your church go by that you are not personally equipping the people of your church to share their faith,’” said Randy Pope, who founded a PCA church in the Atlanta suburbs in 1977. “It is the greatest advice I could have ever received.”

In 1986, Barker was elected moderator of the PCA’s 14th General Assembly. He beat two other candidates for the job, and his victory was seen at the time as a signal of the denomination’s commitment to evangelism, missions, and church planting.

Briarwood did eventually get involved in politics. Under Barker’s leadership, the church organized protests in front of a Birmingham abortion clinic in 1989 and joined a group of churches publishing a full-page ad calling on state legislators to support pro-life legislation.

In 1992, when George H. W. Bush was running for reelection, Briarwood invited Vice President Dan Quayle to speak at the church on a Sunday morning. Barker praised Quayle, who was fighting at the time to keep his place on the Republican ticket, and gave him a Bible during the worship service.

Perhaps the church’s biggest political push during Barker’s 39 years in the pulpit came in the late 1990s, when Alabama considered launching a state lottery. Briarwood opposed the legalization of gambling, and the elders gave $75,000 from the church’s operating budget to the anti-lotto lobbying effort.

‘What God has done through our church’

For Barker, though, the most important work of the church remained evangelism. He measured the success of the church by the energy and effort it put into outreach and missions. When he retired in 1999, Briarwood had more than 4,000 members and the church endowed a chair of evangelism and missions at Westminster Theological Seminary.

“It has been amazing to see what God has done through our church and the PCA,” Barker said a few years before his death. “He has greatly blessed our stepping out in faith. Our denomination has had a real heart for missionaries and church planting, which is a great way for multiplying the Lord’s work.”

Barker is survived by his wife, Barbara; children Anita, Frank, and Peggy; 14 grandchildren; and nine great-grandchildren. He was buried at Alabama National Cemetery on January 3, and his memorial service is planned at Briarwood Presbyterian Church on January 8.