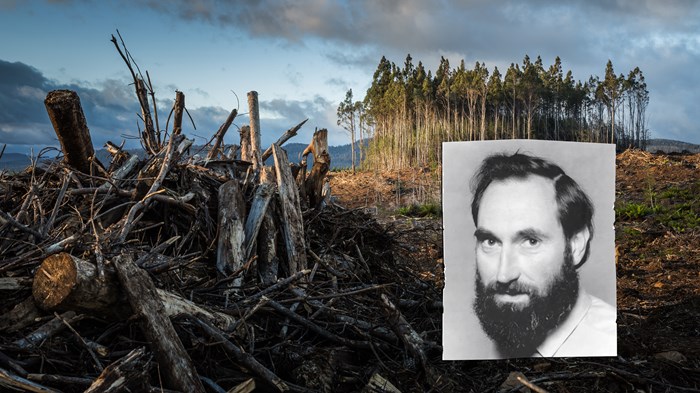 A new podcast is calling attention to the disappearance of an obscure evangelist who went missing in Australia 26 years ago.

Geoffrey Rallings was a short man with a long beard, an accordion, and a deep love of Scripture. He would busk for money at a mall, invite people to talk about God, and then use the money to rent a room for Bible studies. According to one man who was baptized by Rallings, he was shockingly successful at bringing people to Jesus.

“God only knows how many people he converted,” Erik Peacock wrote in a memoir about homeschooling, Christianity, and environmental activism. “I don’t really believe in such things but in odd moments I wonder whether God took him.”

Rallings has not been seen since a few days after Christmas Day 1995.

In the past 26 years, family, friends, police, and media have not been able to locate a trace of evidence to indicate what happened to him.

Amber Wilson, a crime reporter who wrote and produced the eight-part podcast, The Lost Ones, says an inordinate number of people have similarly disappeared in Tasmania, the remote island state located more than 150 miles south of the Australian mainland.

“Tasmania has become known as much for its secrets as it is for its beauty. Out of the 169 people who’ve gone missing on the island since the mid 20th century, dozens of those have entered the Tasmanian wilderness—never to be seen again,” Wilson writes.

“Why do people seem to fall off the edge of the world here?”

The first episode of the podcast is focused on Rallings. He moved from England to Tasmania in 1960, in part so he and his wife could educate their kids at home. Rallings had been a member of the Seventh-day Adventist church, but left because he felt like the Adventists focused too much on the teachings of founder Ellen G. White and not enough on the Bible itself.

Rallings became a Baptist. In the mid-1980s, he wrote about a half dozen pamphlets, ranging from 20 to 40 pages, explaining why people should put their faith in Jesus, trust in the power of his death, be baptized, and read the Bible.

Why Christ? one title asked.

And another answered: By His Wounds We Are Healed.

Rallings never started his own church. According to Peacock, he was “a bit dogmatic and slightly crazy,” and most of his converts eventually left him to join traditional churches. But Rallings’s sporadic Bible studies in rented rooms in Hobart, the capital of Tasmania, were life changing for many.

Rallings lived in a rural area of Tasmania, raising his children, reading the Bible, and growing vegetables. He would occasionally be seized by the need to hitchhike into Hobart with his accordion. There, he would play songs at shopping centers, raising money and attracting a crowd, before organizing another Bible study.

That’s what he was doing when he disappeared in 1995. He was 65 at the time. The Australian Federal Police listed Rallings as a missing person, recording the barest details about who he was:

“There was nothing malicious about the man whatsoever,” a neighbor told Wilson for the podcast. “He just wanted to spread the word, the religious word, his word, without harming anybody. But I have an awful feeling there may be foul play here.”

Tasmanian officials first suspected that Rallings was a victim of a hit-and-run. Standing on the side of the road outside Hobart, hitchhiking along the rural highways, he could have been hit by a drunk driver and left, wounded, with no one to hear his cries for help.

After several weeks, though, no one found a body. If Rallings was dead, where was he?

Police investigated at least two suspects who could have murdered Rallings, and Wilson found a man who believes the evangelist may be buried on his property. The detectives’ case went cold, however, and frantic shoveling has yet to turn up any human bones.

Another possibility is that Rallings was suffering from dementia and at some point, hitchhiking home from another evangelistic foray into the city, he wandered off into the wilderness confused.

If that’s what happened, his family would like to know.

“I’ll see Dad again,” Rallings’s daughter Irene says on the podcast, “but the point is you think about the fact there are bones somewhere. … I just want to know where he is.”

The Lost Ones launched on January 31. Episodes are scheduled to release twice a week for the month of February.