US Commission ‘Outraged’ By Omitted Offenders of Religious Freedom

USCIRF protests Nigeria and India not being included among nations added to State Department’s list of Countries of Particular Concern.
Jayson Casper|December 5, 2022 12:30 PM 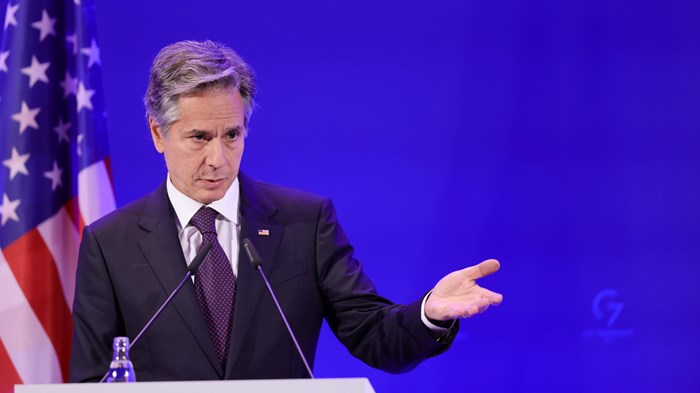 The United States has expanded its list of the world’s worst violators of religious freedom.

Two new nations—Cuba and Nicaragua—were added on Friday to the State Department’s list of Countries of Particular Concern (CPC). Two others—Vietnam and the Central African Republic (CAR)—were added to its Special Watch List (SWL). And one new organization was added to its list of Entities of Particular Concern (EPC): Russia’s mercenary Wagner group, due to its cited offenses in CAR.

“Around the world, governments and non-state actors harass, threaten, jail, and even kill individuals on account of their beliefs,” stated Antony Blinken, US Secretary of State. “The United States will not stand by in the face of these abuses.”

His own watchdog, however, is unconvinced.

The US Commission on International Religious Freedom (USCIRF) tweeted its “outrage” over the non-inclusion of Nigeria and India. It is “inexplicable,” the independent bipartisan organization continued, given the State Department’s own reporting.

The sections on Nigeria and India were particularly lengthy.

“They each clearly meet the legal standards for designation,” stated Nury Turkel, USCIRF chair. “USCIRF is tremendously disappointed that the Secretary of State did not … recognize the severity of the religious freedom violations.”

Note: Open Doors ranks Nigeria at No. 7 and India at No. 10 on its WWL

This past year, USCIRF issued two updated reports and held a hearing on Nigeria. Additional scrutiny was also given to India, Cuba, Nicaragua, and Afghanistan.

In its annual report released in April, USCIRF additionally recommended Syria for CPC designation. It also listed Vietnam, which the State Department included on its SWL list, and Afghanistan, semi-included with the designation of the Taliban as an EPC.

USCIRF vice chair Abraham Cooper had mixed reactions. While hoping Vietnam’s designation would spur the Southeast Asian government to take “concrete steps” to address concerns, he said simple redesignation of the Taliban “does not reflect the reality that the group is the de facto government.”

The independent commission, meanwhile, “welcomed” the CPC designations of Cuba and Nicaragua, both of which it labeled as SWL nations in April. The situation in each had worsened since then, it noted.

USCIRF also recommended that Algeria, Azerbaijan, Egypt, Indonesia, Iraq, Kazakhstan, Malaysia, Turkey, and Uzbekistan be placed on the SWL for “engaging in or tolerating” at least one criterion of “systematic, ongoing, and egregious” violations of religious freedom.

Russia was added to the State Department list last year; Nigeria had been designated by the Trump administration the prior year, before being removed under Biden in 2021.

But USCIRF has also been frequently critical of the US government’s use of waivers to avoid legally mandated “targeted actions” against violating nations. Permitted for national security concerns under section 407 of IRFA, in 2020 exemptions were invoked for 5 of the 10 CPCs then, including Nigeria.

Blinken stated that the US is ready to meet with any government willing to discuss the “pathway” for removal from the State Department’s lists. Sometimes this involves addressing non-state actors, and holding them accountable.

In addition to the Taliban and Wagner Group, designated this year were al-Shabab (Somalia), Boko Haram (Nigeria), Hayat Tahrir al-Sham (Syria), the Houthis (Yemen), Jama’at Nusrat al-Islam wal-Muslimin in the African Sahel, and ISIS chapters in the Sahara and West Africa.

“Our announcement of these designations is in keeping with our values and interests to protect national security and to advance human rights around the globe,” said Blinken. “Countries that effectively safeguard this and other human rights are more peaceful, stable, [and] prosperous, and more reliable partners of the United States than those that do not.”

US Commission ‘Outraged’ By Omitted Offenders of Religious Freedom

US Commission ‘Outraged’ By Omitted Offenders of ...