A North Carolina judge says the Nigerian statute of limitations prevents the case from going forward.
Rebecca Hopkins|August 16, 2022 10:00 AM 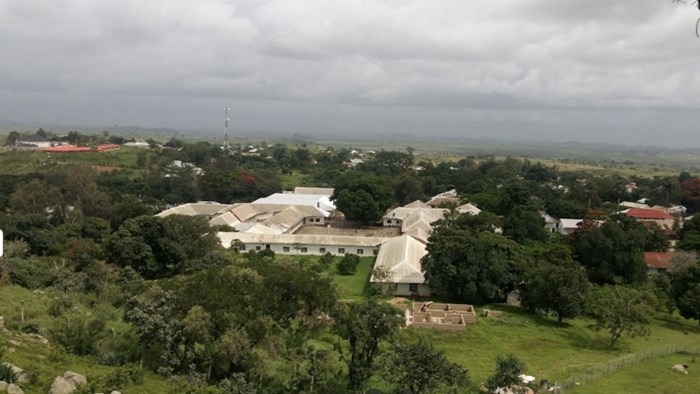 Image: Screengrab / Google Maps
Kent Academy was one of two boarding schools in Nigeria where SIM missionary children say they were abused.

A North Carolina judge has dismissed a lawsuit alleging a missionary agency was responsible for abuse at a boarding school in Nigeria, ruling the statute of limitations in Nigeria prevents him from hearing the case.

“It was a gut punch—building yourself up for things, hoping, hoping, hoping, then having the rug pulled out from under you at the very last moment,” plaintiff Daniel Robinson, the son of Canadian missionaries, told CT.

The suit against SIM—formerly known as Soudan Interior Mission, Sudan Interior Mission, and Society for International Ministries—claims that seven employees at two schools in Jos and Miango, Nigeria, sexually abused children as young as five. The abuse reportedly went on from 1962 to 1981.

Six of those former missionary kids filed suit in December 2021, arguing the North Carolina–based missionary agency “breached its duty in hiring, retaining and supervising” staff at the schools. The missionary organization counters that, in fact, the schools were not under its supervision.

“We were surprised to have been named in litigation,” SIM said in an official statement sent to CT. “While some SIM USA staff children attended these schools, SIM USA did not manage either school. Both schools were run by local, independent entities in Nigeria, without operational input or oversight by SIM USA.”

One of the schools, however, was named for SIM founder Thomas Kent. Both were staffed by SIM-affiliated missionaries.

The question of oversight didn’t get argued in court, though, because Superior Court Judge Robert C. Ervin ruled last week that a North Carolina law lifting the statute of limitations on sexual abuse cases for a two-year period does not apply to sexual abuse that happened in other places. The state law limits civil liability based on the rules of the jurisdiction where the crime was allegedly committed.

“Good luck if you’re a survivor of child sexual abuse on the mission field overseas,” said Boz Tchividjian, an attorney representing the plaintiffs. “It’s so unfair to them because now the institution that should be being held accountable for placing dangerous people with these children is basically immune from accountability simply because the country that they’re serving in has a statute limitations law that is very limiting or doesn’t even have one at all.”

SIM, founded in 1893, currently has 4,000 ministers working in more than 70 countries. Nathan Krupke, chief operating officer, said in an email that the organization currently has a child safety coordinator and safe recruitment procedures, awareness training, and a code of conduct that includes a commitment to report to law enforcement where possible.

Krupke said SIM, like many organizations, is still working to reckon with the many abuses that occurred in the past.

“We acknowledge the pain of what they experienced, and express our grief for them,” he said. “We seek to understand the harm in each individual situation, and what needs have been created because of the harm.”

Robinson and the other survivors believed that the lawsuit gave them the best chance to push for accountability. He said it was filed despite pushback from a tightly knit missionary community and, in some cases, missionary parents who didn’t want to believe what their children were saying.

He believed for a long time that he was one of only a couple of people who suffered abuse at Hillcrest School until he found a Facebook group called Hillcrest Survivors. It currently has 227 members.

“I would like to make personally sure that none of the things that ever happened to me and my fellow victims can ever happen to anybody ever again,” Robinson said.

The people accused of abuse include James McDowell, a principal of the Hillcrest school who reportedly confessed last year to “molesting two students.” The official Hillcrest School Facebook group posted a letter from the school quoting the confession in April 2021. McDowell did not return an email from CT seeking comment.

Others named in the lawsuit include a dorm supervisor, dining hall employee, and four more employees. Some of them have passed away. CT was unable to reach the others.

The suit tells stories of abusers sexually assaulting children in the dorms, in cars, and in bathrooms. Survivors say they were given alcohol in some cases, and in others they were told the authorities were just “inspecting” their private parts after showers.

The survivors who spoke to CT said they all have dealt with long-lasting and detrimental effects of the abuse, including low self-esteem, depression, anxiety, a mental breakdown, suicidal ideation, long-term disability, post-traumatic stress disorder, and anger at God.

They have been retraumatized, they said, by the way they’ve been treated by Christians.

“Having the church reject me made it 1,000 times worse,” said plaintiff Susan Semons.

They struggle to reconcile what they experienced with what they were taught by their parents, their church communities, and even at the schools.

“It baffles me—their ability to see me as a person and the damage that was being done by their decisions and their policies and their people,” plaintiff Melanie Jansen said. “Nobody wants to take responsibility for the devastation that has happened to us.”

The plaintiffs will meet with their attorneys this week to consider appealing the judge’s decision to the North Carolina Court of Appeals.

“This seems to be the road that I’m on,” said Jansen. “I pray regularly for the strength to endure it. This is what God has put in front of me. So here we are.”