Nondenominational Churches Are Adding Millions of Members. Where Are They Coming From? 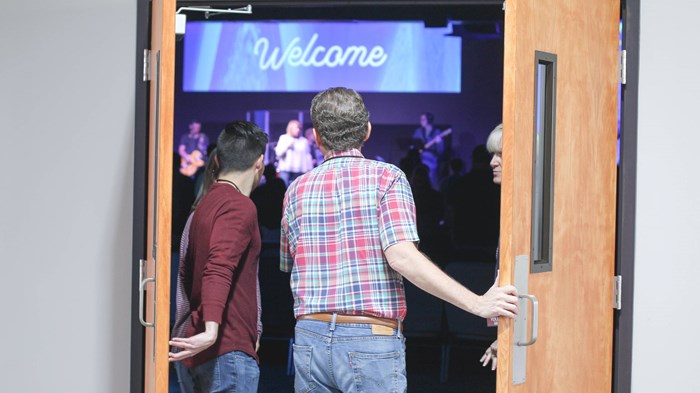 Over the last decade Baptists, Methodists, Lutherans, Presbyterians, and every other Protestant family has declined except for those who say they are nondenominational.

At the same time, mainline Protestant Christianity is collapsing following five decades of declines. In the mid-1970s, nearly a third of Americans were affiliated with denominations like the United Methodist Church, the United Church of Christ, and the Episcopal Church. But now, just one in ten Americans are part of the mainline tradition.

In 2021, nondenominational Protestants in the United States outnumbered mainline Protestants. But what is causing this tremendous shift in the church landscape? 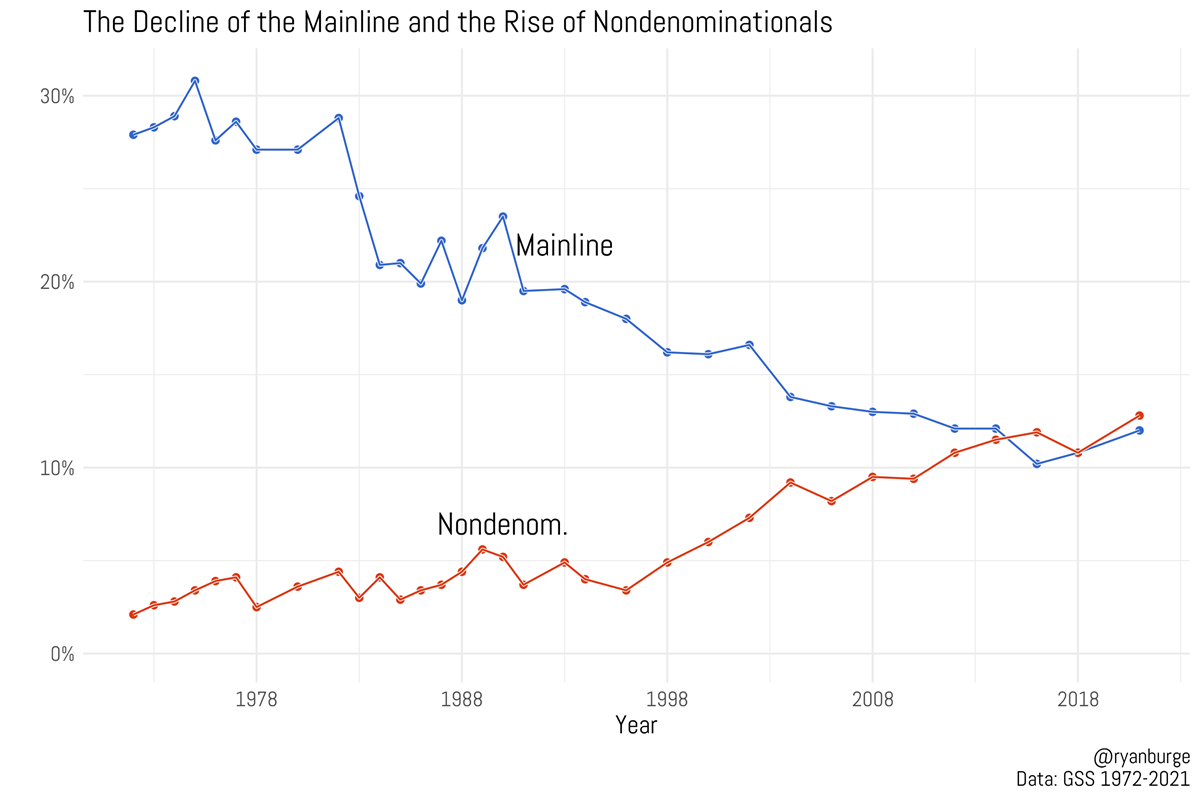 In the General Social Survey, Americans are asked about the religion they were raised in and then their current tradition. Mainline traditions have struggled for decades to retain believers born into their churches. In the 1970s, about three-quarters of those raised mainline would still belong to mainline churches as adults. In the 2010s, the share who stayed mainline had declined to just over half (55%).

Of the 45 percent of the mainline who leave, some end up in evangelical congregations; however, the evangelical share did not increase between the 1980s and the 2010s. Instead, the bigger story is that the portion of those who leave the mainline and become a religious “none”—claiming no faith or no tradition in particular—has tripled since the 1970s, from 6 percent to nearly 20 percent in the most recent data. Thus, there’s not a lot of evidence that the rise of nondenominationals is being directly fueled by the decline of the mainline.

People in nondenominational churches are actually becoming less likely to have mainline backgrounds as the number of mainline believers declines. About 22 percent came from the mainline in the 1970s, compared to 10 percent over the last decade.

Yet the portion of people who were raised in the Catholic faith and identify as nondenominational as adults is growing. In the 1970s, just 6 percent of nondenominationals were converted Catholics. Today, that number has nearly tripled to 17 percent. Thus, there’s a much larger Catholic-to-nondenominational pipeline than one that stretches from the mainline to nondenominational churches. 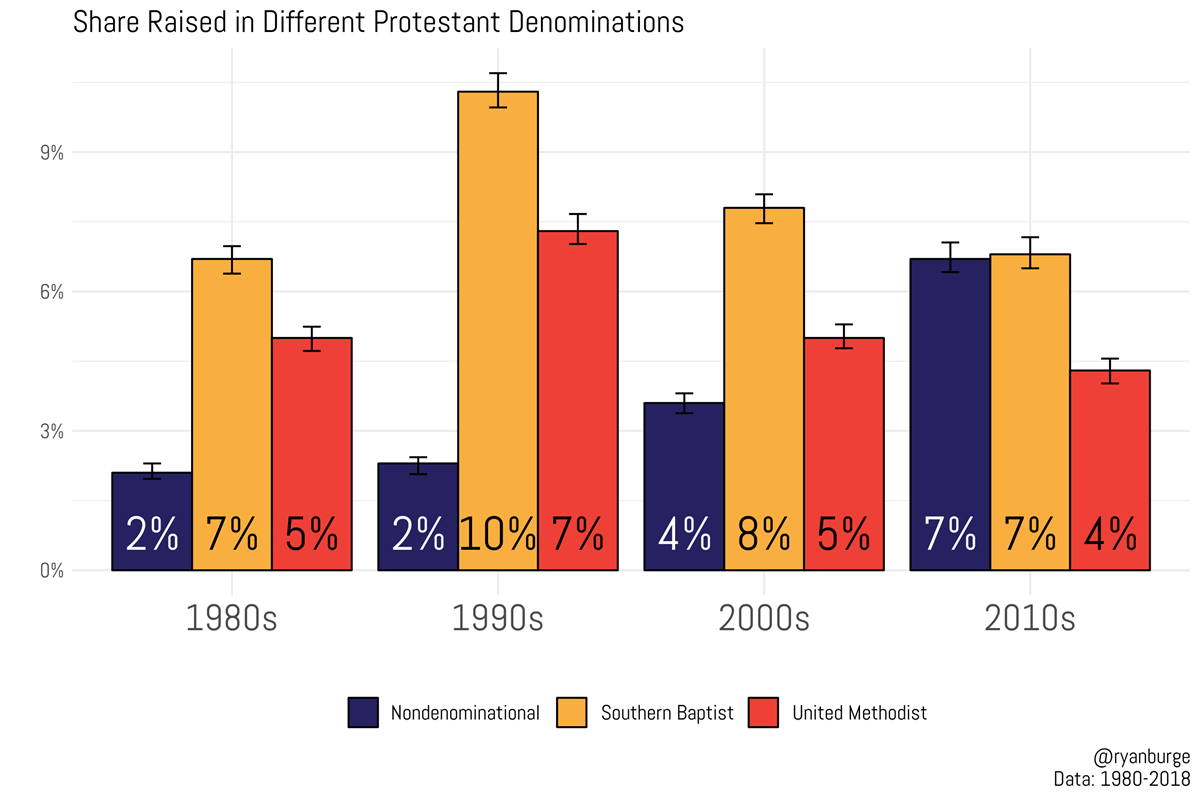 But religious growth is not only fueled by people switching from one religion to another; it’s also driven by parents raising their children in a faith tradition. Given that most people do not leave the religion they grew up with, an important indicator of future growth is having lots of young people in a religious tradition. That’s certainly part of the reason that nondenominationals continue to rise while other traditions are struggling with their membership numbers.

In the 1980s, just 2 percent of people were raised in a nondenominational church, compared to 7 percent who were raised Southern Baptist and 5 percent who were raised in the United Methodist Church. However, those percentages have shifted significantly over the last 40 years. Now, a young person is just as likely to be raised in a nondenominational church as a Southern Baptist one—but just 4 percent of people are being raised United Methodist.

What is driving the growth of nondenominational churches? While in the past it resulted from a significant portion of individuals leaving a mainline tradition, now it looks like nondenominational congregations are increasing by taking in people who were raised Catholic—which is about a quarter of the general population.

At the same time, more and more young people are being raised in nondenominational churches, which means that retaining their own will become just as important to nondenominationals as bringing in new adult members in the future.

Nondenominational Churches Are Adding Millions of Members. Where Are They Coming From?

Nondenominational Churches Are Adding Millions of ...