The appellate ruling sides with the Christian Medical and Dental Society and a Catholic hospital system that opposed the federal rule.
Tom Strode – Baptist Press|August 30, 2022 07:00 AM 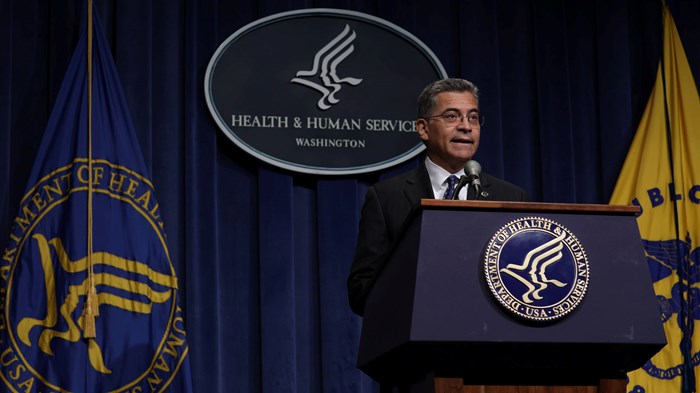 The Biden administration has received another setback from a federal court—this time at the appellate level—in its effort to institute transgender rights even at the expense of freedom of conscience.

The US Fifth Circuit Court of Appeals in New Orleans blocked last Friday a Department of Health and Human Services (HHS) rule that required doctors and hospitals to perform gender-transition procedures, as well as abortions. The unanimous opinion by a three-judge panel upheld a 2021 permanent injunction by a federal court in Texas that barred enforcement of the regulation—an action also taken by a federal judge in North Dakota.

The Biden administration’s support for transgender rights experienced another court defeat in July, when a federal judge in Tennessee blocked enforcement of guidelines from the Department of Education (DOE) and Equal Employment Opportunity Commission (EEOC) while they are being legally challenged by 20 states. Those rules mandated schools must permit students to use the restrooms and locker rooms, as well as to compete on sports teams, of their gender identity instead of their biological sex.

A Southern Baptist ethics leader cited the Baptist Faith and Message in commending the decision.

“Baptists have long recognized ‘God alone is Lord of the conscience,’” said Brent Leatherwood, acting president of the Ethics & Religious Liberty Commission. “This ruling adheres to that truth and protects doctors and health-care providers from violating their consciences by conducting gender-transition surgeries or abortions.

“The government must understand that asking medical personnel to go against their sincerely held religious beliefs is an abuse of state authority,” he said in written comments for Baptist Press. “This result is not only a victory for the rights of doctors but also recognizes that the conscience is not some trivial item that can be paved over.”

The religious freedom advocacy organization Becket applauded the court win for its clients, the Franciscan Alliance, a Catholic hospital system, and the Christian Medical and Dental Society, which represents nearly 19,000 health-care professionals.

Joseph Davis, counsel for Becket, called the decision “a major victory for conscience rights and compassionate medical care in America.”

“Doctors cannot do their jobs and comply with the Hippocratic Oath if the government requires them to perform harmful, irreversible procedures against their conscience and medical expertise,” he said in a written release.

In the Fifth Circuit opinion, judge Don Willett said the Franciscan Alliance has a valid claim under the Religious Freedom Restoration Act, a 1993 federal law that prohibits the government from substantially burdening the free exercise of religion. The government may gain an exemption if it can show it has a compelling interest and is using the “least restrictive means” to further that interest.

The Franciscan Alliance claimed the HHS rule violated RFRA “by forcing it to perform abortions and gender-reassignment surgeries inconsistent with its sincerely held religious beliefs,” according to the Fifth Circuit opinion.

HHS has “repeatedly refused to disavow enforcement against Franciscan Alliance” of a 2016 rule and a 2021 interpretation of a section of the 2010 Affordable Care Act that prohibits discrimination on the basis of sex, Willett wrote. The department “concedes that it may” enforce the section against the Franciscan Alliance, he wrote.

In its 2016 rule under President Obama, HHS required health-care providers to provide both gender-transition procedures and abortions to avoid being guilty of sex discrimination. The Trump administration issued a rule in 2020 that rescinded the Obama-era policy by returning to the ordinary interpretation of the word “sex.”

HHS under the Biden administration, however, announced in May 2021 a reinterpretation of sex discrimination to include discrimination on the basis of both sexual orientation and gender identity. Sexual orientation includes homosexuality, bisexuality and pansexuality, while gender identity refers to the way a person perceives himself or herself regardless of biology at birth.

Barely a month ago, HHS issued a proposed rule that largely revives the 2016 regulation that became known as the “transgender mandate.” The proposal would not only force doctors, clinics and hospitals to perform procedures to which they object but require health insurance companies to cover ones they find objectionable, critics say.

In announcing the proposed rule July 25, HHS said it is consistent with the US Supreme Court’s 2020 decision in Bostock v. Clayton County that ruled nondiscrimination protections in federal workplace law apply to gay and transgender employees. The federal judge in Tennessee who ruled in July against new DOE and EEOC guidelines said they surpassed the limits of the Bostock opinion.

The proposed HHS rule is another in a series of actions by the Biden administration during its 18 months in office to support abortion access and lesbian, gay, bisexual, transgender, and queer rights. These include executive orders by President Biden regarding both matters.