Family of Hrant Dink, proponent of reconciliation between Turks and Armenians who riled government officials through his genocide advocacy, say justice has not gone deep enough.
Jayson Casper|March 31, 2021 12:02 PM 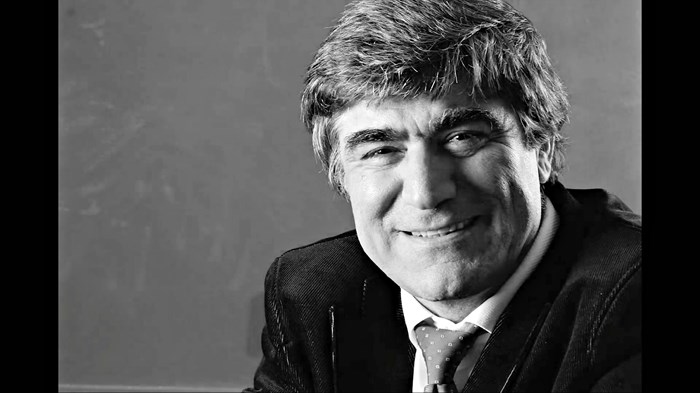 Fourteen years later, there is some resolution for the family of the assassinated Turkish-Armenian journalist, Hrant Dink.

“The judgment given today is quite far from the truth,” said the family in its official statement on March 26.

“Not the evil itself but its leakage was punished.”

In 2007, Dink was shot four times in front of the Istanbul office of his bilingual newspaper, Agos. A proponent of reconciliation between Turks and Armenians, he aroused official opposition through his passionate focus on the 1915 genocide. Two years earlier he had been arrested and convicted of “insulting Turkishness.”

But one week before his death, Dink had written an article stating he felt “like a pigeon,” targeted by the deep state “to make me know my place.“

Around 100,000 people attended his funeral, chanting, “We are all Armenians.”

Last week, the Turkish judiciary put 76 people on trial, convicting 26 and handing out 4 sentences of life imprisonment. Two were given to the former director of police intelligence and his deputy, for murder and the subsequent cover-up.

The family is not convinced this includes the entire “mechanism.”

“Some officials are still at large,” said Erol Önderoglu, the representative of Reporters Without Borders (RSF) in Turkey.

“This partial justice … leaves a bitter taste in the mouth.”

Soner Tufan, spokesman for the Association of Protestant Churches in Turkey, said the verdict was “not surprising.” It fits the pattern of accountability whenever a crime is directed at the Christian minority.

“There were so many connections to the murder, with penalty given only to some,” he said. “This is not real justice.”

Born, married, and buried in the Armenian Apostolic Church, Dink was also a member of the Gedikpaşa Armenian Evangelical church. At age 7, he and his two younger brothers were sent from rural Anatolia to be raised in its Istanbul orphanage.

“I praise the Lord for that church,” Dink told the United Armenian Congregational Church in Hollywood, California, in 2006. “To this day, I consistently apply what I learned there.”

Born in 1954, Dink helped build the church’s Tuzla summer camp in the 1960s. He met his wife, Rakel, at the orphanage, and together they raised their children while serving on the camp staff. In 1978, he took over leadership when the camp founder, Hrant Guzelian, was arrested on charges of “raising Armenian militants.”

For five years he kept the facility open, preaching on Sundays. But in 1983, the state confiscated the property, which became the site of luxury beachfront villas on the Asian side of Istanbul’s Marmara Sea.

“[This] left such a deep scar on the psyche of Hrant,” said Zaven Khanjian, executive director of the Armenian Missionary Association of America, in a 2015 speech commemorating both Hrants.

“[It] went on to be the driving force in his struggle for justice, for fairness, freedom of expression, minority rights, and true democracy for all Turkish citizens under Turkish law.”

The camp was returned to the evangelical church in 2015, after decades of pressure and lawsuits. Today, plans exist to rebuild a cultural center there for Armenian youth.

Khanjian’s friendship with Dink began only four months before his murder.

Armenian evangelicals, he said, received Dink with “total enthusiasm.” But in Turkey, there were no expectations the trial would bring closure.

“Since the premeditated genocide of Armenians living peacefully in their ancestral home,” said Khanijan, “justice has never seen the light of day in Turkey.”

Dink worked to make it so, respectful of all.

Agos, named after the Turkish and Armenian word used to describe the tilled soil where a seed can be planted, was the nation’s first bilingual publication. Dink founded it in 1996, as accusations stirred that the Armenian community was allying with the Kurdish PKK, designated a terrorist organization.

Created to forge solidarity between the two ethnicities, Agos advocated for neighborly relations between Turkey and Armenia, and in support of ongoing democratization.

Of the genocide, Dink shifted the discussion from an accusatory focus on raw numbers to an empathetic memory that recognized the trauma of the period for both sides. He received criticism from Armenians in the diaspora for his strong opposition to France’s law that criminalized genocide denial.

April 24 is Genocide Remembrance Day in Armenia and its worldwide diaspora.

Early investigations into the assassination focused on the nationalist Ergenekon organization, suspected of linkage with Turkish security. Accused of plotting a coup in 2003, in 2013 hundreds of alleged members were imprisoned. Led by current president Recep Erdoğan’s AKP party, support was lent by the network of popular Islamic preacher Fethullah Gülen.

Since then, the two allies have clashed. Gülen took exile in Pennsylvania, and his network was branded the FETO terrorist organization and accused of plotting the 2016 attempted coup. Hundreds of alleged members have been imprisoned.

At Dink’s trial, public prosecutors stated that the clues point to FETO involvement. A new case was opened against four defendants.

“The FETO link is the joke of the trial,” said Khanjian. “A ridiculous and comical end to 14 years of deceitful coverups.”

Dink’s family will appeal the verdict.

Meanwhile, the hearts of many Turks and Armenians go out to them.

“I’m so sad,” said Tufan. “How can his wife and family live here, waiting so long for justice, without result?”

But Rakel, his wife, is resolute.

“A climate and ideology similar to when Hrant Dink was murdered prevails today,” said the family statement. “We will never give up our legal struggle, until the whole mechanism is exposed.”

Convictions in Case of Christian Journalist ...