Dozens of leaders are advocating for the Fairness for All proposal, which would match LGBT protections with religious exemptions.
Yonat Shimron - Religion News Service|March 17, 2021 11:26 AM 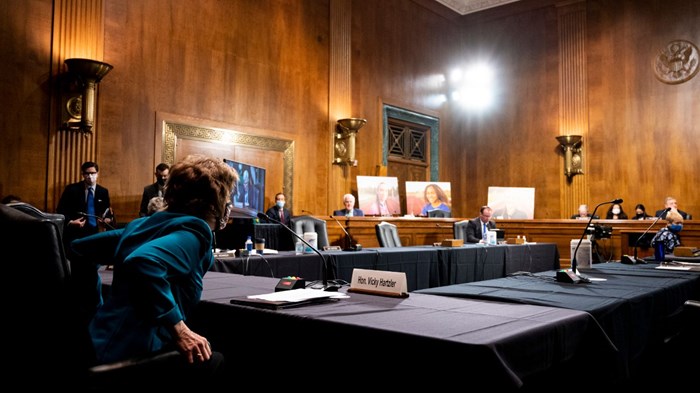 Fifty-seven Black Christian leaders have written a letter to members of the US Senate’s Judiciary Committee expressing support for sweeping LGBT rights but asking for a new bill that includes religious exemptions.

The signers, including representatives of the major black Christian denominations, said passage of the Equality Act would deny federal funding for faith-based programs that profess a traditional view of sexuality. For example, it would end free and reduced-cost lunch programs for children who attend religious schools and revoke federal loan eligibility for tens of thousands of students who attend hundreds of religious colleges.

“…We want to clearly state our support for federal protections for LGBT persons in employment, housing and the like,” the letter states. “We’re committed to embracing and advocating for those safeguards. Unfortunately, the collaborative process and substance of the Equality Act fall well beneath the standard necessary to cultivate a healthy pluralistic society.”

The Equality Act, which passed the Democratic-controlled US House of Representatives on February 25, would amend the Civil Rights Act to ban discrimination based on sexual orientation and gender identity. It does not include exemptions for religious groups, and it would override the Religious Freedom Restoration Act, which prohibits the federal government from “substantially burdening” individuals’ exercise of religion unless there’s a compelling government interest.

The Senate’s Judiciary Committee held a hearing on the Equality Act on Wednesday. Despite broad Democratic Party support, in its current form the bill probably has no chance in the Senate, given it will need 10 Senate Republican votes in order to beat back a GOP filibuster.

The faith leaders are advocating for a rival bill called Fairness for All, which would provide broad protections for LGBTQ people and, at the same time, provide exemptions for religious institutions that uphold traditional beliefs about marriage and sexuality. That bill was introduced in the US House last month and is modeled on the “Utah Compromise,” a 2015 state law that strengthened religious freedom and protected LGBTQ people from discrimination.

The letter was written as part of the And Campaign, a Christian advocacy group committed to bringing conviction and compassion into the public square. The group is led by Justin Giboney, an Atlanta lawyer and political strategist who was a delegate to the 2012 and 2016 Democratic National Convention.

“We want to be clear that we want to embrace and advocate for LGBTQ rights,” Giboney told Religion News Service. “But we have to do it in a more thoughtful manner than the Equality Act does. Religious liberty and LGBTQ rights are not necessarily in conflict. The Utah Compromise and Fairness for All has shown us that.”

The letter is noteworthy because many evangelical and conservative Christians, such as the Southern Baptist Convention and the US Conference of Catholic Bishops, oppose the idea of adding sexual orientation and gender identity as protected classes.

Among the signatories are A. R. Bernard, pastor of a Brooklyn megachurch and onetime evangelical adviser to former President Donald Trump (Bernard stepped down from that unofficial board in 2017); the Rev. Suzan Johnson-Cook, who served as ambassador-at-large for international religious freedom under former President Barack Obama; and the Rev. Barbara Williams-Skinner, a former executive director of the Congressional Black Caucus.

The signers said that the Equality Act was not the result of a collaborative process and that it excluded the voices of faith leaders. (Several faith groups on the political left advocated for it.)

“The Equality Act is a reflection of our broken system, not an example of the civic spirit and good faith measures necessary to heal it,” the signers said.

In addition to threatening free lunch programs and Pell grants to religious institutions, the pastors said the bill would convert houses of worship and other religious properties into public accommodations. That means churches might be compelled to rent out their facilities for same-sex weddings, for example, despite objecting to the practice.