(UPDATED) As the church’s global growth continues, leaders must disentangle its “health message” from views on salvation.
Rebecca Randall|March 18, 2021 08:00 AM 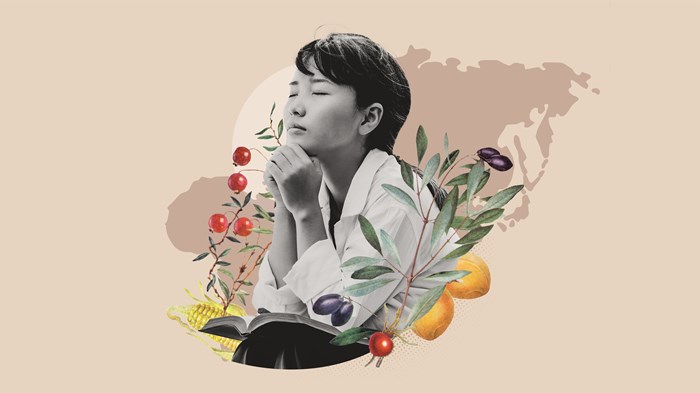 While Seventh-day Adventists around the world have heeded their co-founder’s teachings on eating a plant-based diet, many adherents in parts of Asia and Africa have raised veganism to a place next to godliness.

Denominational researchers found that many members in South Asia believe salvation is ensured two ways: through Jesus Christ (92%), and through giving up meat, animal products, alcohol, and tobacco (80%). Within the denomination’s East-Central Africa Division—which has the second-most vegan or vegetarian members (42%)—three-quarters of members (74%) maintain that dietary choices contribute to salvation. Globally, 47 percent of Adventists agreed that the health message “ensures salvation.”

“While it is possible to interpret this statement as meaning that practicing the ‘health message’ is an outgrowth of salvation, this interpretation is less likely when the item is read in the context of strict interpretations of Christian perfectionism that are historically and currently present in the Adventist Church,” wrote Andrews University sociologist Duane McBride, lead author on a recent paper in the Review of Religious Research.

“The data suggest that Adventist Church leadership needs to engage in further member education to differentiate and avoid confusion between the benefits of adhering to the Adventist Health Message and the Church’s belief that the actual source of salvation is through Jesus Christ alone,” wrote McBride.

Globally, most Seventh-day Adventists see the benefits of giving up meat and animal products, alcohol, and tobacco. Over 80 percent agreed the practice promotes spiritual growth and longevity, following the prophecy of co-founder Ellen G. White.

She taught that “those who are seeking to become pure, refined, and holy” should not continue to eat “flesh foods” or “anything that has so harmful an effect on soul and body.” White cited health reasons for avoiding meat and dairy as well as spiritual reasons; the denomination’s veganism was part of efforts to set the church apart as a “remnant.”

Some Adventists do not practice veganism or vegetarianism, with many reducing meat (32%) or choosing a pescatarian lifestyle (11%) as an alternative. About 1 in 10 Adventists surveyed said they eat meat most days. A vast majority do not drink alcohol or use tobacco, but only the use of substances is subject to church discipline.

Today’s church doctrine calls for healthy living to glorify God but does not view dietary practice as a requirement for salvation: “...because our bodies are the temples of the Holy Spirit, we are to care for them intelligently. Along with adequate exercise and rest, we are to adopt the most healthful diet possible and abstain from the unclean foods identified in the Scriptures.”

The recent findings come from research conducted by teams at Adventist universities in 13 regions around the world to measure global church members’ perception of the “health message,” as it’s called within the denomination. More than 63,700 members across 60 languages were given the survey, mainly at church services in 2017 and 2018.

Researchers wondered whether the drastic difference between North America and other parts of the world is due to younger churches abroad. According to data from the denomination, the Seventh-day Adventist Church is among the fastest growing around the world as well as one of the biggest Christian communions, with over 21.4 million reported adherents.

While North American Adventists have in the past made moves toward mainstream evangelicalism, the denomination has held on to its separatist identity.

Among Christians more broadly, believers have adopted plant-based diets as a form of fasting, including during Lent, or as a form of environmental stewardship.

Editor’s note: This research blog has been updated to clarify how Adventist researchers discovered and examined why many survey respondents both agreed to “salvation through Christ alone” and agreed that the health message “ensures salvation.”

Many Adventists in Asia and Africa Believe You ...