Misconduct toward children or adults is seen as a permanent disqualification across almost all denominations.
Aaron Earls - Lifeway Research|June 22, 2021 11:36 AM
Português 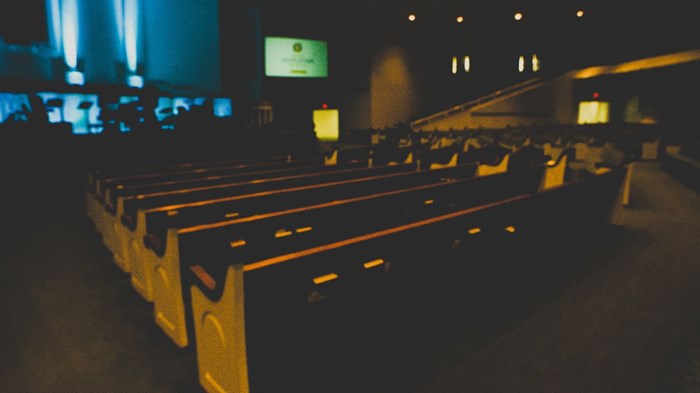 As Christian groups and denominations debate the proper response to clergy sexual misconduct, most pastors believe those who commit such crimes should withdraw from public ministry permanently.

At the recent Southern Baptist Convention annual meeting, the topic of pastoral sexual abuse and assault dominated much of the conversation and business, including passing a resolution that “any person who has committed sexual abuse is permanently disqualified from holding the office of pastor.”

A study from Nashville-based Lifeway Research revealed a significant majority of US Protestant pastors share that opinion whether the victim is a child or an adult.

“Most current pastors believe the office of pastor is incompatible with having sexually abused or assaulted another,” said Scott McConnell, executive director of Lifeway Research.

“This does not convey that they believe these behaviors are beyond God’s forgiveness, but a large majority believe sexual abuse is a permanent disqualification from ministry leadership.”

Few point to a shorter time frame as appropriate—1 percent say at least 1 year, and fewer than 1 percent say either six months or three months. Another 7 percent say they aren’t sure how long the time frame should be.

While majorities of every demographic group of pastors support a permanent exit from public ministry for child sexual abuse, some are less supportive than others. Pentecostal pastors (60%), African American pastors (67%), pastors with no college degree (69%), and pastors 65 and older (76%) are among those least likely to support permanent withdrawal.

The US Sentencing Commission reported that 98.8 percent of sexual abuse offenders were sentenced to prison and their average sentence was almost 16 years.

“The five years or less time frame, that 7 percent of pastors suggest is appropriate, does not even cover the length of the typical prison sentence for offenders convicted of sexual abuse,” said McConnell. “In contrast, more than 10 times that number of pastors do not hesitate to say the disqualification from ministry should be permanent for a pastor who commits child sexual abuse.”

A sizable majority of Protestant pastors (74%) also supports a permanent withdrawal from public ministry for any pastors who commit sexual assault and abuse of any adult member of the congregation or staff. One in 20 say the time away should be at least 10 years (5%), at least five years (5%), and at least two years (5%).

Pentecostal pastors (44%) are the only demographic in which a majority do not support permanent withdrawal from public ministry for pastors who commit sexual assault of adults under their care and supervision in church. Other demographics are also less supportive of the pastor stepping away permanently, including African American pastors (58%), pastors without a college degree (63%), and pastors 65 and older (69%).

“When someone sexually assaults an adult, it is both a violent sin and a crime. It is the opposite of the love, care and respect toward another the Bible teaches,” said McConnell. “The role of pastor has incredibly high standards in the Bible, including that the overseer of those in the church be above reproach or beyond criticism. Seventeen percent of pastors think someone could move beyond reproach in this matter given enough time.”

A 2019 Lifeway Research study found many Protestant churchgoers believe there are additional undisclosed instances of Protestant pastors sexually abusing children or teens (32%) or sexually assaulting adults (29%). In that same study, 3 in 4 churchgoers (75%) say they want a careful investigation of the facts if someone accused a pastor at their church of sexual misconduct. Few (14%) say their reaction would be to want to see the minister protected.

Compared to their perspective on abuse, pastors are much more divided over the proper response to adultery, according to an additional 2019 Lifeway Research study. While clear majorities say pastors who commit child sexual abuse or sexual assault should withdraw permanently from ministry, only 27 percent believe that should be the result of a pastor committing adultery. A plurality (31%) is not sure.

“While adultery implies a consensual affair, it is not such a simple distinction for those serving in the role of pastor, as indicated by the 31 percent who were not sure in the previous survey,” said McConnell. “For a pastor who holds a position of trust and spiritual authority over those in their congregation, an adulterous relationship with one of them, where an imbalance of power exists, would still constitute sexual assault.”

[ This article is also available in Português. ]